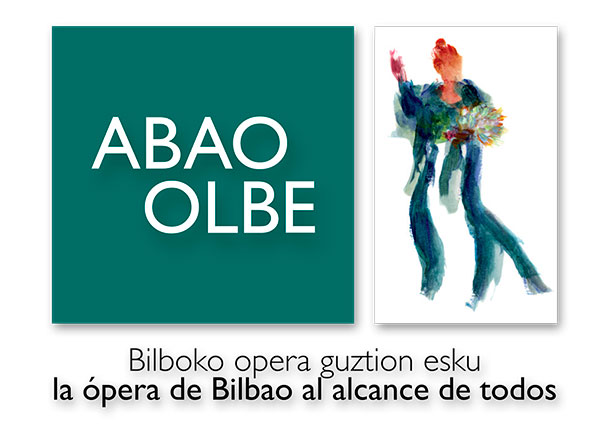 ABAO-OLBE presents for the 2018-19 season a complete and balanced cultural proposal with a programme including 10 titles, one concert, 47 performances reaching more than 74,800 spectators.

The organisational model of ABAO-OLBE, based on members instead of subscribers, counts with a social mass of almost 4,600 members, as well as the support of 50 collaborating companies and institutions.

This October 20th, the 67th ABAO-OLBE season will open with a programme of maximum quality, consisting of five great works covering the evolution of opera of the 19th century, from 1814 to 1896, by means of the Italian, German and French repertoire. A journey that passes through the verism of La bohème, the romanticism of Fidelio, the epics of I Lombardi, the bel canto with Semiramide and the ‘Second Empire français’ style of Les Pêcheurs de Perles.

Puccini’s La bohème opens the season with performances on October 20th, 23rd, 26th, 27th and 29th, sponsored by the Fundación BBVA. This opera, one of the most beautiful of the Italian lyric repertoire, says farewell to the dreams of youth and gives way to the severity of real life with all the forcefulness of Italian verism. Within the four main characters, Ainhoa Arteta, Teodor Ilincai, Artur Ruciński and Jessica Nuccio. In the pit, Pedro Halffter conducting EOS. The proposal of Mario Pontiggia, performed for the first time in Spain, is traditional, full of subtle charm and details, with scenes and costumes typical of the Paris of the 19th century.

On November 24th, 27th and 30th and December 3rd, Fidelio arrives sponsored by the Fundación BBVA. A hymn to freedom and marital love and the only opera composed by Ludwig van Beethoven. The first performance of this opera, on November 24th, celebrates a singular ephemeris: performance number 1000 of ABAO-OLBE. Elena Pankratova and Peter Wedd debut in ABAO to give life to the main couple. In the musical section, Juanjo Mena conducts the BOS. José Carlos Plaza is in charge of the production showing great themes, like freedom, repression, corruption or love.

2019 opens with I Lombardi alla prima crociata by Verdi with performances on January 19th, 22nd, 25th and 28th. This epical drama combines the religious, political and amorous. In the main trio, Josep Bros, Ekaterina Metlova and Roberto Tagliavini. With the baton of this opera, the young maestro Riccardo Frizza conducting the EOS. The stage work of Lamberto Puggelli, for the first time in Spain, will execute the four acts in the shadow of the Wall of Lamentations, Jerusalem.

Semiramide, Rossini’s warrior queen, arrives on February, 16th, 19th, 22nd and 25th with bel canto in its purest state and a vocal dramatism carried to the extreme. In the cast, Angela Meade, Daniela Barcellona, Simón Orfila and José Luis Sola. In the pit, the BOS conducted by Alessandro Vitiello. The staging of Luca Ronconi, the first time in Spain, essential, refined and spectacular, with impressive costumes of Emanuel Ungaro.

On March 20th a new edition of the ‘El Concierto de ABAO’ will take place with the soprano Jessica Pratt as the protagonist of ‘Delirio’. The programme includes arias from Lucia di Lammermoor, La Sonnambula, I Puritani, Emilia de Liverpool, Hamlet, etc. Giacomo Sagripanti will conduct the EOS.

On May 18th, 21st, 24th and 27th, Les Pêcheurs de Perles, considered to be the first master work of Bizet, puts the finishing touch to the season. In the cast, Javier Camarena, María José Moreno, Mariusz Kwiecien and Simon Lim. The production of Pier Luigi Pizzi, first time in Spain, simulates an exotic, abstract and mysterious Sri Lanka. Francesco Ivan Ciampa will conduct the BOS.

The Coro de Ópera de Bilbao, conducted by Boris Dujin, is in charge of the choral part of the season.

On October 27th La bohème includes an Opera Berri performance. This socio-cultural ABAO-OLBE initiative, reaches its 13th edition and has the purpose of approaching opera to the public, with very well-known titles and tickets with 50% discount over the normal price. The main cast is embodied by Vanessa Goikoetxea, Martin Nusspaumer, José Manuel Díaz and Ruth Iniesta.

ABAO-OLBE implements a new series with the purpose of opening another way of bringing opera with quality shows of very reduced prices. The initiative starts with the ‘saloon opera’, Il finto sordo by Manuel García, released in Bilbao on May 22nd and 23rd in the cultural centre Sala BBK. The staging is a coproduction of ABAO-OLBE, Fundación Juan March and the Teatro de la Zarzuela.

Four titles will be staged in the Teatro Arriaga in the new season to be enjoyed by the family, opening in November with the premiere in Bilbao of El bosque de Grimm (Grimm’s Wood); in January, Caperucita Blanca, the first performance in Spanish language of Txanozuritxu, an opera produced by ABAO-OLBE; in February The Emperor’s New Suit arrives and El científico de la ópera (The Opera Scientist) closes the season in May. The fourteenth season of Abao Txiki counts with fourteen family performances and three for schools in which 50 schools and 3,300 students participate.

ABAO maintains its cultural programme with more than 450 educational and supportive activities to bring opera to all audiences, creating spaces for culture and art.

The Social Programme of ABAO is based on the educational programme, a collaboration with educational centres and universities reaching every year 20,400 participants in 190 centres; and with the  ‘Opera y +’ programme, which searches to contribute through opera to the emotional well-being of patients, family members and health personnel of nephrology, paediatrics and neonatology of the Hospital Universitario de Cruces, with the support of the Fundación Repsol and more than 60 activities in and out of the hospital where more than 1,500 recipients participate.

The Cultural Programme develops activities which wish to approach the lyrical genre to the entire society, through the Conference Series to introduce the opera in the Museo de Bellas Artes; Opera Bihotzetik in the Deusto Forum; collaboration with the experience classes, cultural centres for elderly people, together with universities and town halls or the programme for young people Gazteam Abao, with very reduced prices and many plans and activities. 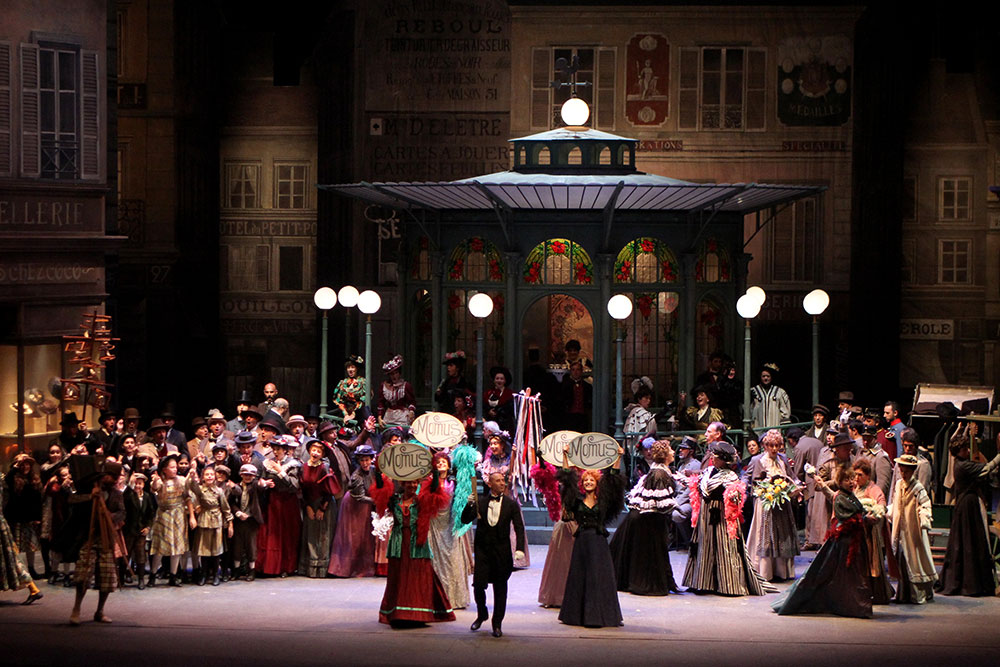 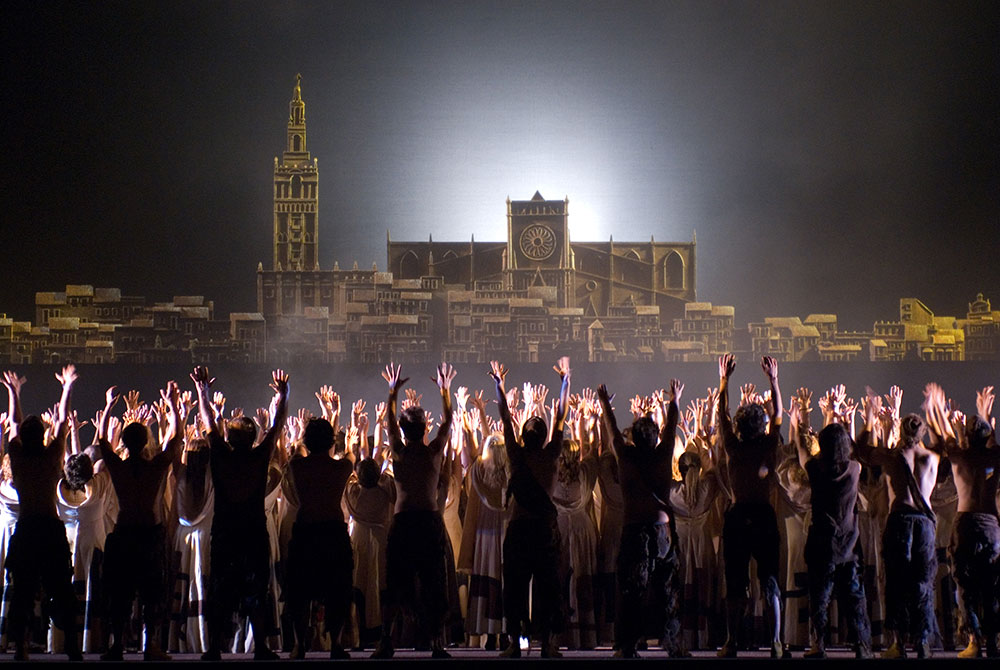 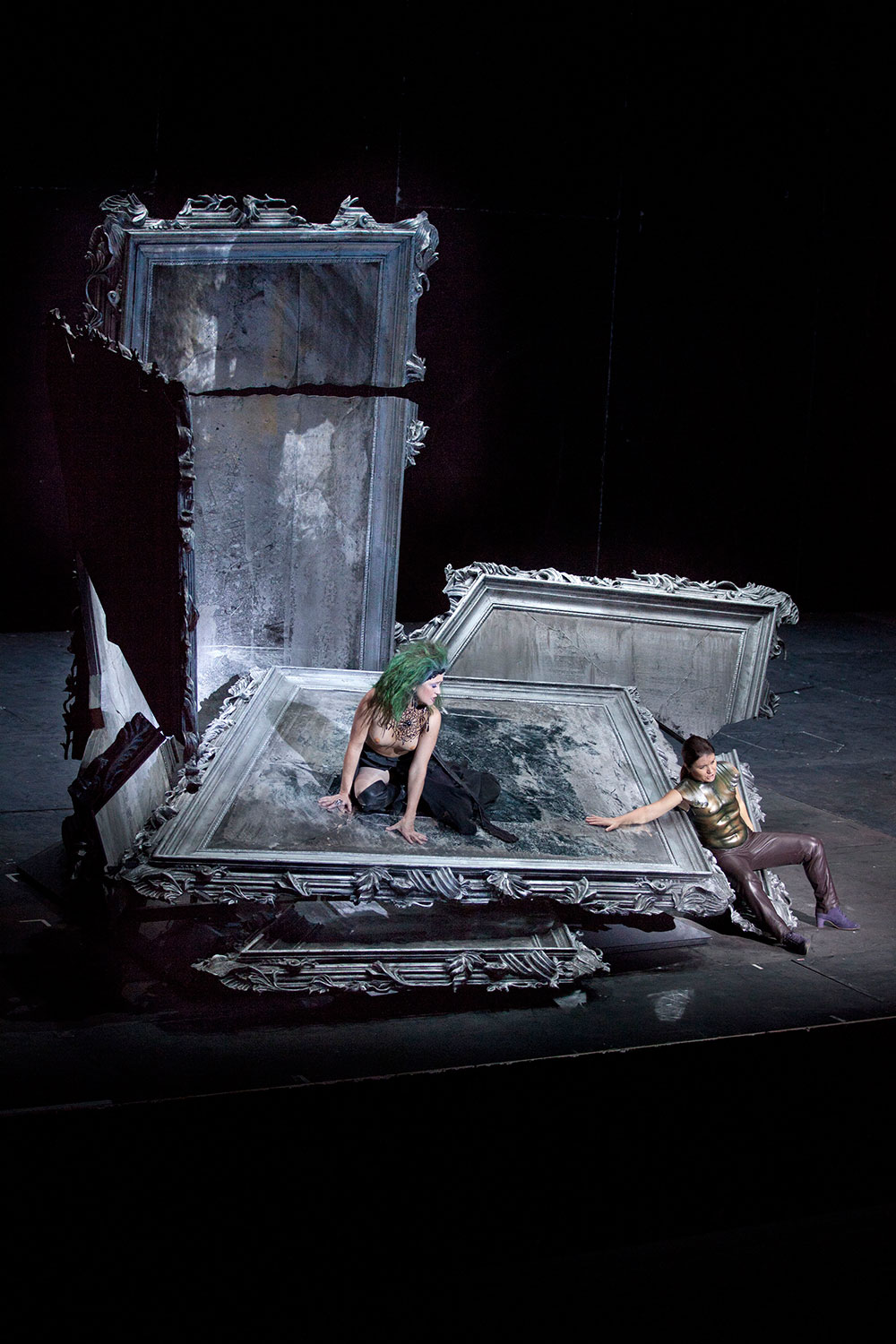 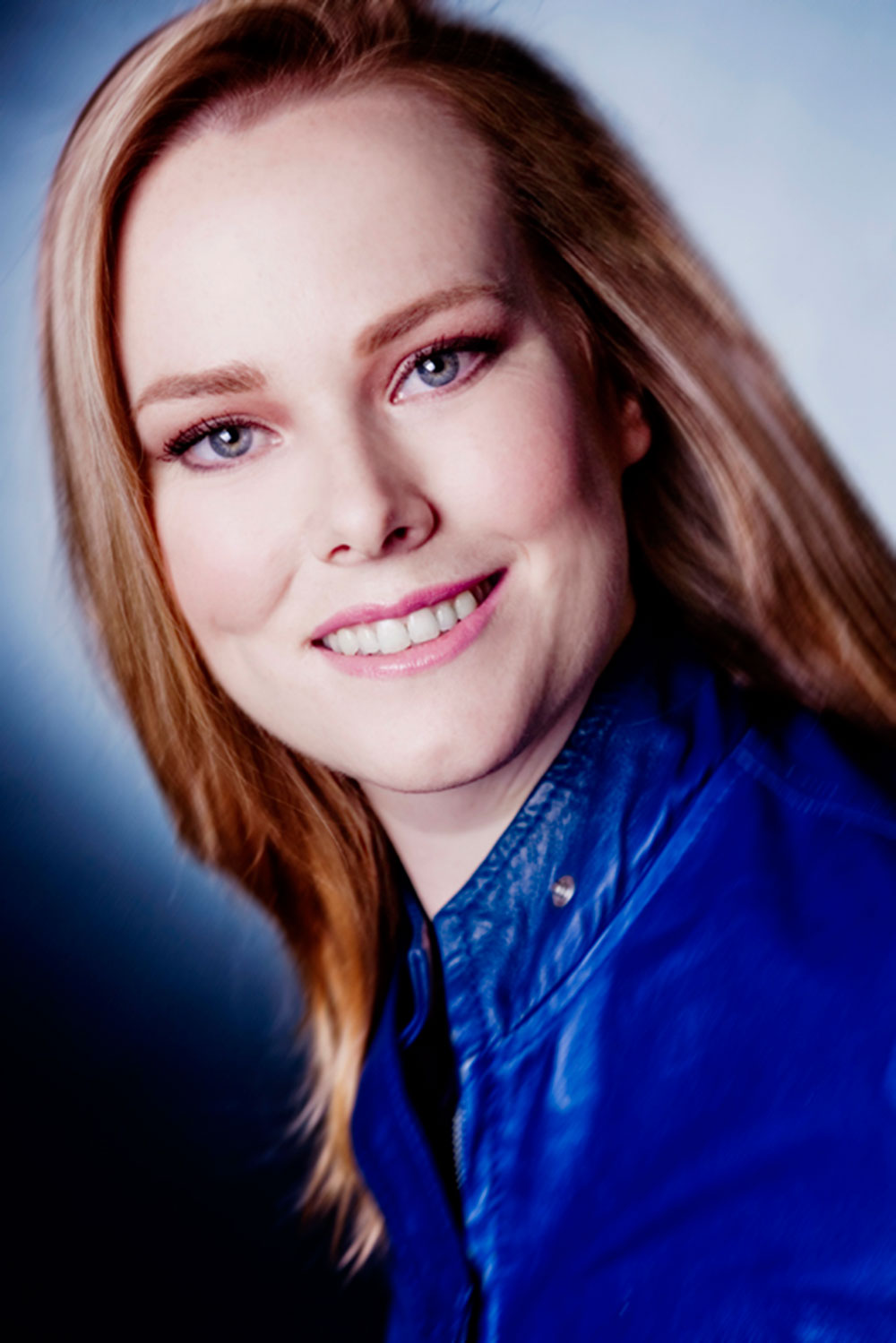 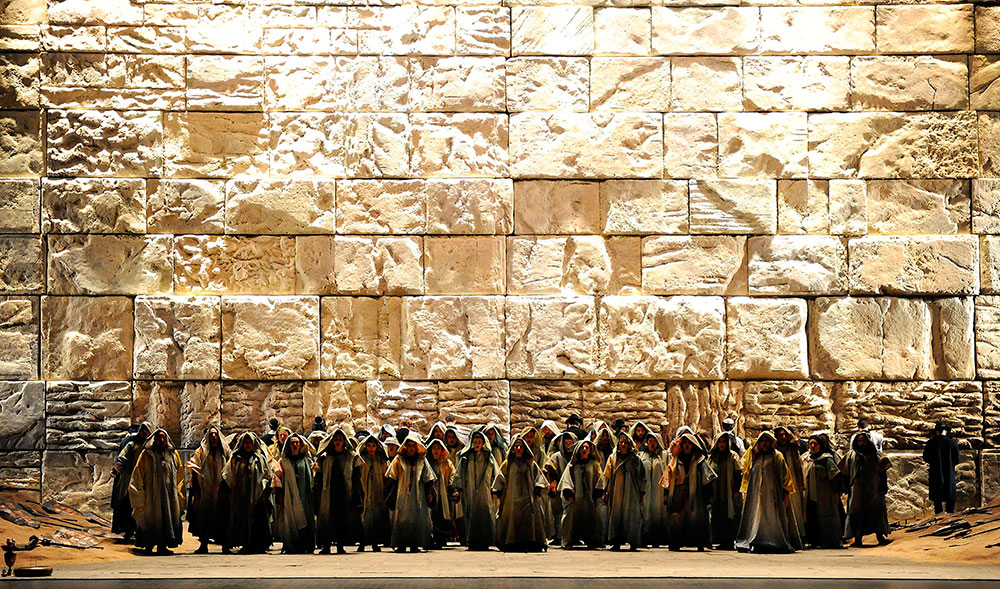 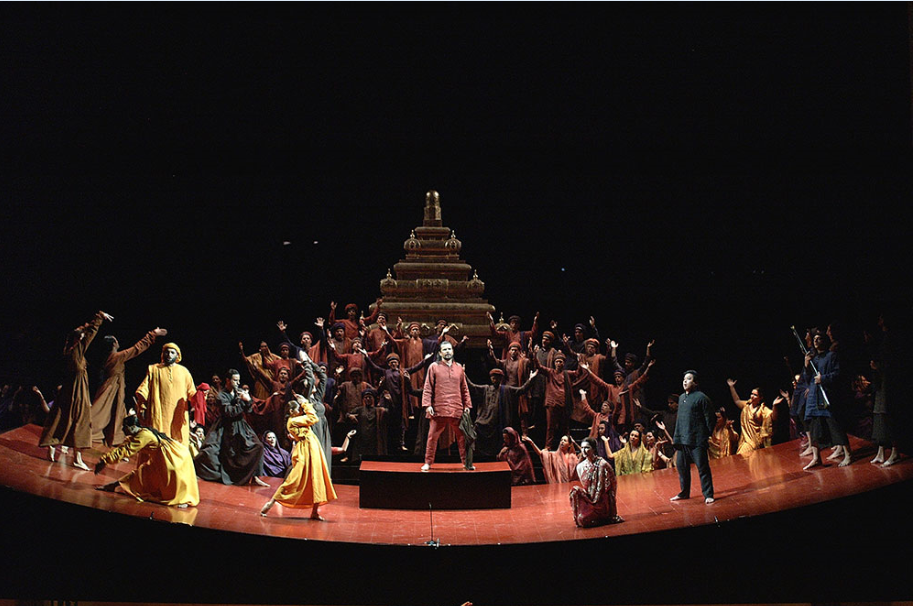 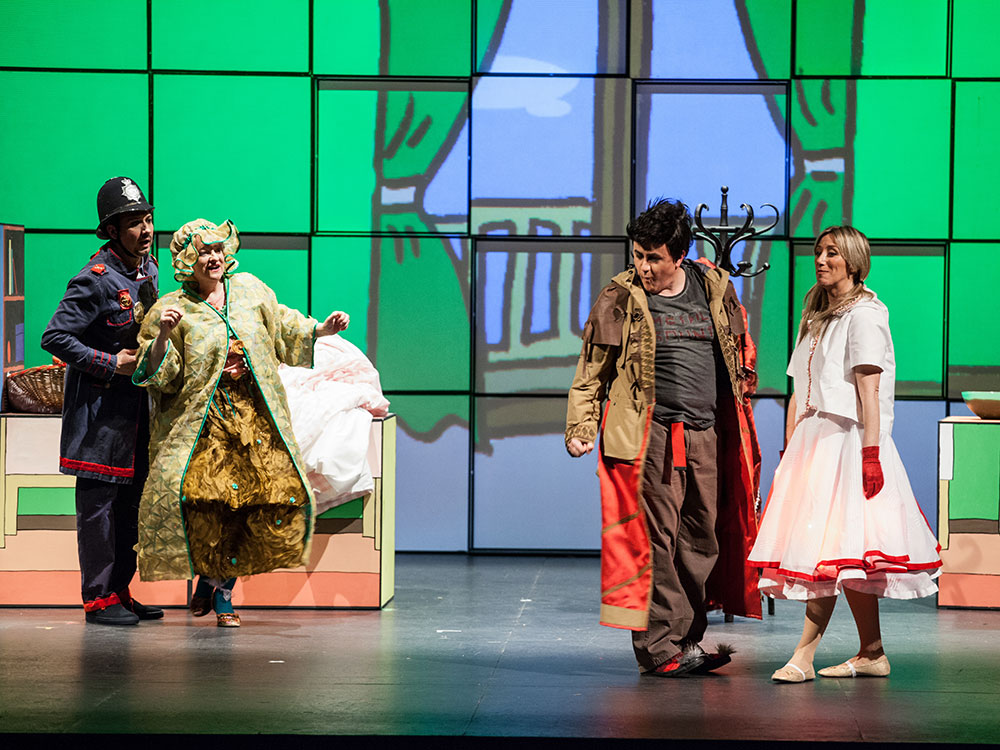