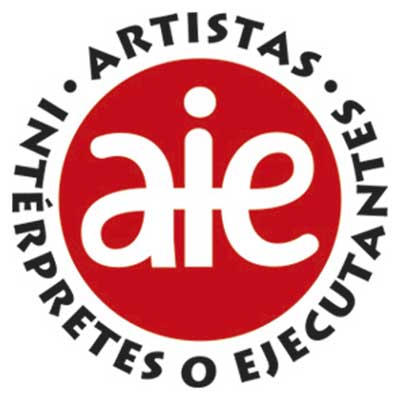 AIE is the management organisation of the Artistas Intérpretes o Ejecutantes de la Música (Music Performing Artists). It is established in Spain and has branches in Madrid, Barcelona and Seville. It manages the intellectual property rights of music artists, according to that set out by the Law of Intellectual Property. It was founded as an Association in 1987.

AIE counts with more than 26,700 members in Spain and represents, through the international artists database created by AIE, together with other management institutions the repertoire of more than 800,000 performing artists, to whom it pays their rights by a regular distribution system. AIE has entered into 91 valid reciprocal agreements with sister societies all over the world.

The president of the Sociedad de Artistas AIE is the orchestral conductor and composer Luis Cobos who also presides the Federación Iberolatinoamericana de Artistas Intérpretes o Ejecutantes FILAIE, integrated by almost all the Artists Societies of Latin
America, Portugal and Spain.

AIE belongs to the Board of Societies for the Administration of Artists Rights (SCAPR) and chairs the SCAPR ITC (IT Council). Luis Cobos is emeritus president of the Academia Latina de la Grabación ‘The Latin Recording Academy’ and president of the Latin Foundation GRAMMY.

Primary Care: Insurances, medical and economic aids and others destined to the more urgent and primary needs of its members.

AIE MASTER CLASSES of the Queen Sofia Senior School of Music, carried out together with the Fundación Isaac Albéniz, are of a high level within the field of classical music, in which great maestros of international level participate. Since the beginning until 2018, 301 Master Classes AIE have been given.

AIEnRUTa–LATINOS: 90 concerts with 22 performers and groups in 22 halls of 15 cities. Created by AIE in 2007 to promote the exchange of Spanish and foreign performers from Latin American countries.

AIEDeNUEVO: 135 concerts with 36 performers and groups in 31 halls of 21 cities.

AIE-INSTITUTO CERVANTES-AECID Agreement: 203 concerts with 116 Spanish performers and groups in the centres of the Instituto Cervantes of different European and North African cities.

The Music Prizes and multiple collaborations of the AIE with institutions and entities destined to disseminate and promote musicians and live music.

On an initiative of Luis Cobos, president of AIE, the Claustro Universitario de las Artes was created in 1996, together with the Universidad de Alcalá. The Sociedad de Artistas AIE organises in the Paraninfo Hall of the University of Alcalá, the ceremony for the award of the distinction of Miembro Honorífico del Claustro to persons and institutions distinguished for their professional and human evolution in the world of Culture, the Arts and Law, as well as those who fight for the freedom of speech, the cooperation between peoples and the defence of intellectual property.

The four basic mainstays on which AIE works are: Transparency, Efficiency, Honesty and Commitment. 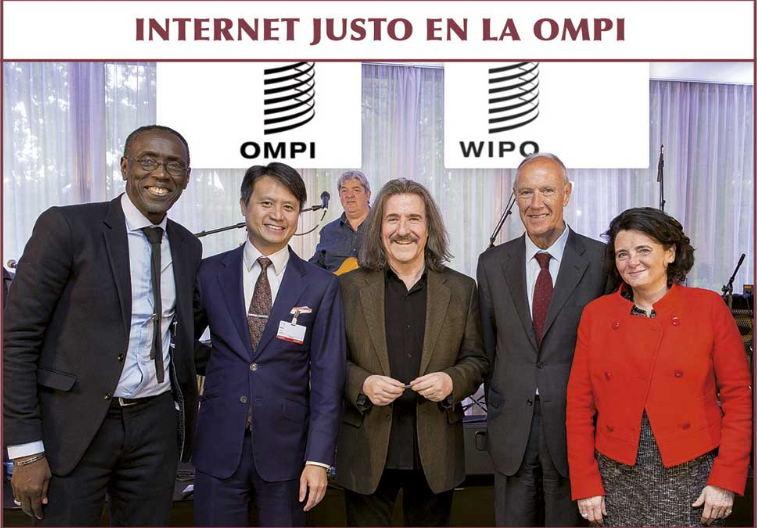 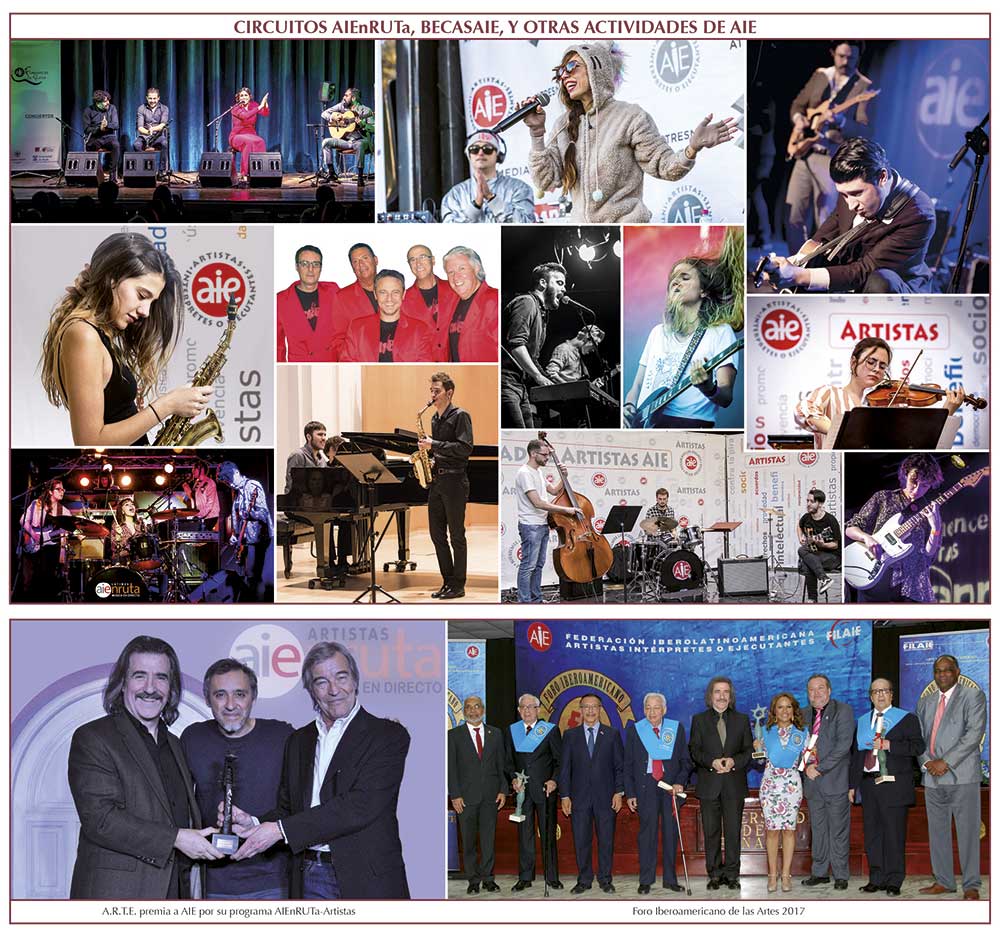