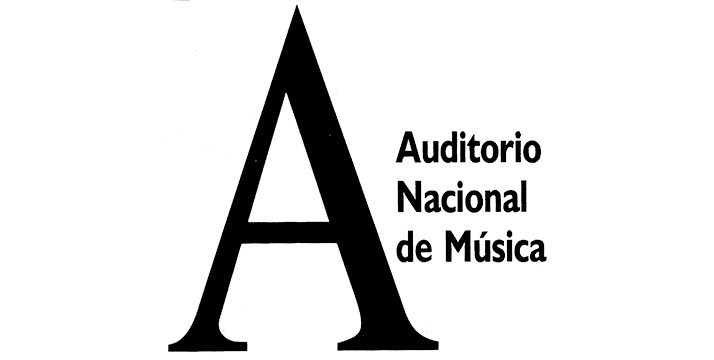 ​General Choir Hall: This is a third alternative hall, with a capacity for 208 spectators. It is suitable for recitals by small ensembles, soloists, rehearsals, conferences and projections
​​Event Hall: ​It has a surface area of 200 m2 and capacity for 150 people. It is equipped with video-projection devices and simultaneous translation facilities
​​Rehearsal Hall: ​208 seats
​​String Halls: ​4 halls used for vocal group rehearsals
​Salas Individuales |Individual Rooms: ​14 study rooms for personal preparation, available to the OCNE​Recording Room
​​Press Room
​​Cafeterias: ​two cafeterias opened during concert performances
​​Shop: ​located in the vestibule of the Symphonic Hall
​​Computerised Box Offices: ​connected to the theatre network attached to the INAEM
​​Ticket telephone sale:​ through Servicaixa
​​Venue for the Orquesta y Coro Nacionales de España
​​Venue for the Joven Orquesta Nacional de España

The Centro Nacional de Difusión Musical (CNDM), a unit attached to the Instituto Nacional de las Artes Escénicas y la Música (INAEM), proposes for the 2018-19 season a total of 293 different activities taking place from the 6th of July 2018 to June 22nd 2019. The programme is to be developed in Madrid capital and in another 28 Spanish cities of 12 regions, plus 14 foreign cities with 18 concerts distributed throughout different cities of the world.

The concerts organised in Madrid are once again distributed in 10 series and three venues: the Auditorio Nacional de Música, the Teatro de La Zarzuela and the Museo Nacional Centro de Arte Reina Sofía (MNCARS). To the already classical series Universo Barroco (Symphonic Hall and Chamber Hall), Series 20/21, Fronteras, Liceo de Cámara XXI, Andalucía Flamenca, Jazz en el Auditorio, Ciclo de Lied and Bach Vermut, the Auditorio Actual is added, the first venture of the centre in pop music which is to be held on July 6th and 7th, besides the eighth edition of the educational and social project Todos Creamos.

The current season will maintain the CNDM residences. Jesús Rueda, from Madrid, will be the Resident Composer and the prestigious Italian violinist Fabio Biondi will be the Resident Artist. José de Nebra will be in charge of the transversal series of this year. Under the name #Nebra2.5.0, a series of 17 concerts will be performed in 8 different cities.

Regarding contemporary music, this year will see the light of 49 new works, 30 of which will be commissioned by the CNDM. Among the most important releases of the coming months, worthy of mention are the quartets by Jesús Rueda (Cuarteto Gerhard), Gabriel Erkoreka (Cuarteto Granados), Gabriel Loidi (Cuarteto Leonor) andAntoni Parera Fons (Leipzig Quartet), as well as the Quintet for clarinet ‘Joyce’ by Peter Eötvös (Cuarteto Quiroga and Jörg Widmann). Without forgetting the releases of the youngest generations like that which will integrate the XXIX Premio de Jóvenes Compositores Fundación SGAE-CNDM.

Jazz en el Auditorio will again present in Madrid a combination of charismatic performers, from the exceptional voices of Madeleine Peyroux and Bobby McFerrin to great pianists like Fred Hersch, Danilo Pérez, Kenny Barron to the quintet of the versatile Moisés P. Sánchez, without forgetting the oriental jazz of the double-bass player Omer Avital. Another outstanding evening will be that led by the group Valencia Jazz Top 7.

The series Fronteras will repeat, after featuring Cristina Branco last year, in the Portuguese musical essence with the diva of fado,Mariza, who will present her new album in the Symphonic Hall of the Auditorium,meanwhile, in the Chamber Hall the soundtracks of the films by Fellini will alternate with a quartet of prestigious national soloists that have joined under the name of Fellini Quartet; the agitated Javier Limón, who will discover new paths and new voices of the world; Santiago Auserón dressed as Juan Perro will return with his blend of total music: rock, jazz, Caribbean and Latin music; the great flute and saxophone performer Jorge Pardo will bring rhythms from the other shore of the Atlantic; the attractive duo formed by the trumpet player Manuel Blanco and the Cuban jazz pianist Pepe Rivero will evoke the spirits of Piazzolla and Bernstein, touchingRimski-Korsakov, a parallel journey to that of the popular clarinet player Sabine Meyer together with the Quinteto Alliage with works by Bernstein, ShostakovichandStravinsky; the pianist Marco Mezquida,together with the guitarist Chicuelo will show the inspiration and chemistry joining them in their second album together and the singular duo created by the countertenor Carlos Mena and the accordionist Iñaki Alberdi to perform in ‘another way’ to J.S. Bach and Tomás Luis de Victoria.

The programme for organ will continue with the Bach Vermut series having a new delivery of seven concerts widening the repertoire and counting with necessary names of the world of organ in Madrid and in the seven Spanish cathedrals (Bilbao, Logroño, Murcia, Palma de Mallorca —the first visit of the CNDM to the Balearic Islands—, Salamanca, Segovia and Valencia) who integrate the third edition of the series El Órgano en las Catedrales. This year we will pay homage to the great lady of the organ in Spain, Montserrat Torrent, by some of her already famous students, besides extraordinary improvisers (David Briggs, Olivier Latry and Wayne Marshall), the first duo of organ and piano, at the hands of the Scott brothers, their fellow countryman Stephen Tharp (who, for different reasons, has not been able to be in this musical series before) and the Swiss man Yves Rechsteiner, author of a wide range of literature of transcriptions performed by organists from all over the world, who will be accompanied by the percussionist Henri-Charles Caget.

The series Liceo de Cámara XXI maintains excellence in the Chamber Hall with prestigious soloists like Frank Peter Zimmermann, together with thepianist Martin Helmchen, the complete sonatas of Beethoven distributed in three concerts; the singular violinist Leila Josefowicz, expert in contemporary repertoire; Fabio Biondi, who has invited the young pianist Juan Pérez Floristán to play together; the also pianist Andreas Haefliger, together with the Louisiana Boathouse Ensemble, the legendary Russian pianist Elisabeth Leonskaja will return, this time together with her recently created trio; the young South African pianist, forte pianist and harpsichord player Kristian Bezuidenhout and three virtuoso pianists joining their geniuses: Tabea Zimmermann, Jean-Guihen Queyras and Daniel Sepec. This series will also count with some of the most renowned string quartets of the world, like the Cuarteto Arditti (with works by Kurtág, Rueda and Ligeti), the Prazak (with the Spanish viola player Isabel Villanueva), the assiduous and brilliant Jerusalem Quartet, the Belcea (together with the pianist Anderszewski); the Quiroga (with Jörg Widmann in an important absolute premiere by Peter Eötvös), the Chiaroscuro which plays with instruments of the times and the veteran Lepzig Quartet (featuring the last quartet—the ninth—by Cristóbal Halffter after having performed in Madrid the eight previous ones, the last being commissioned by the CNDM) and the youngSignum Quartet which will share the stage with the pianist Judith Jáuregui in this musical meeting between friends. 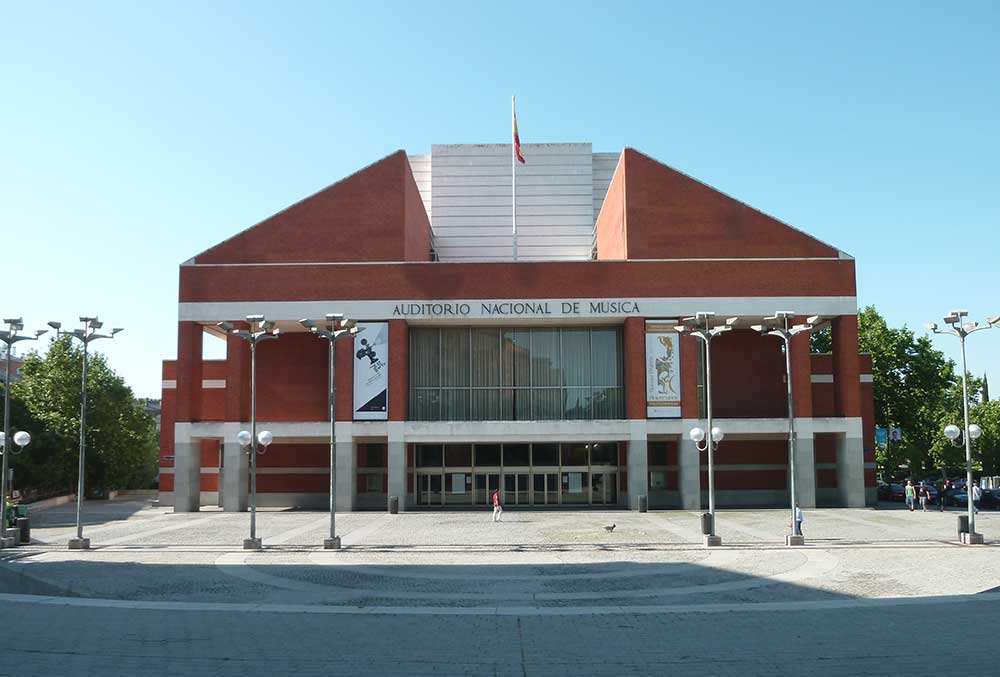 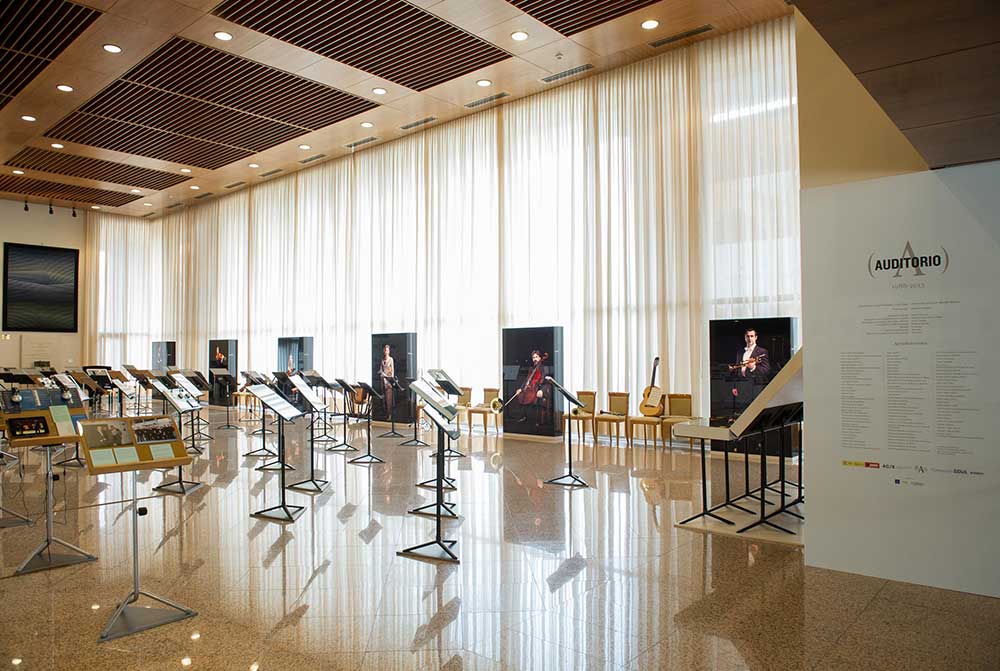 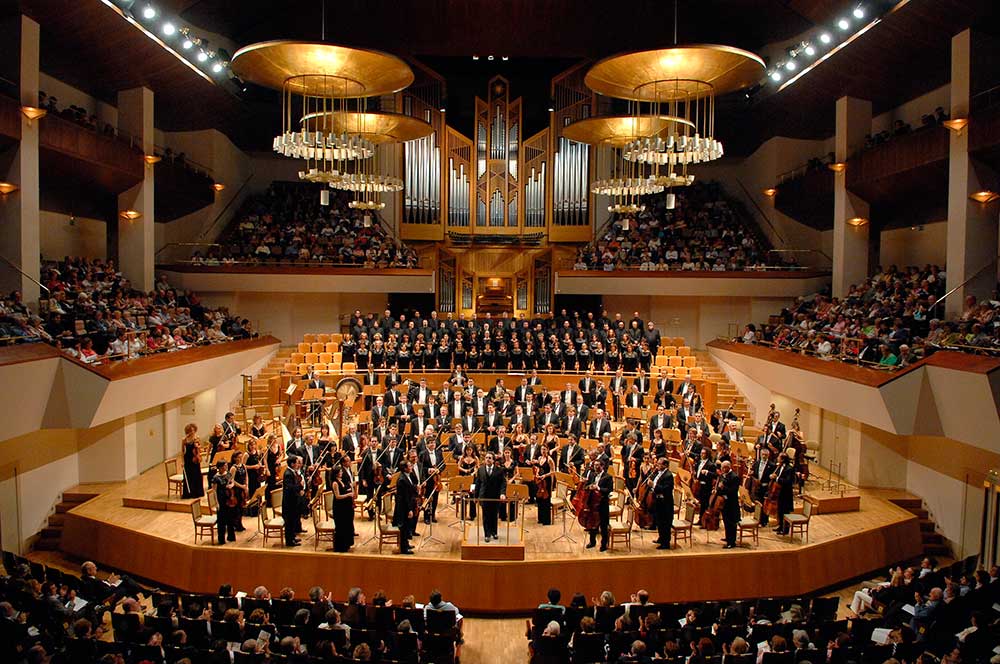