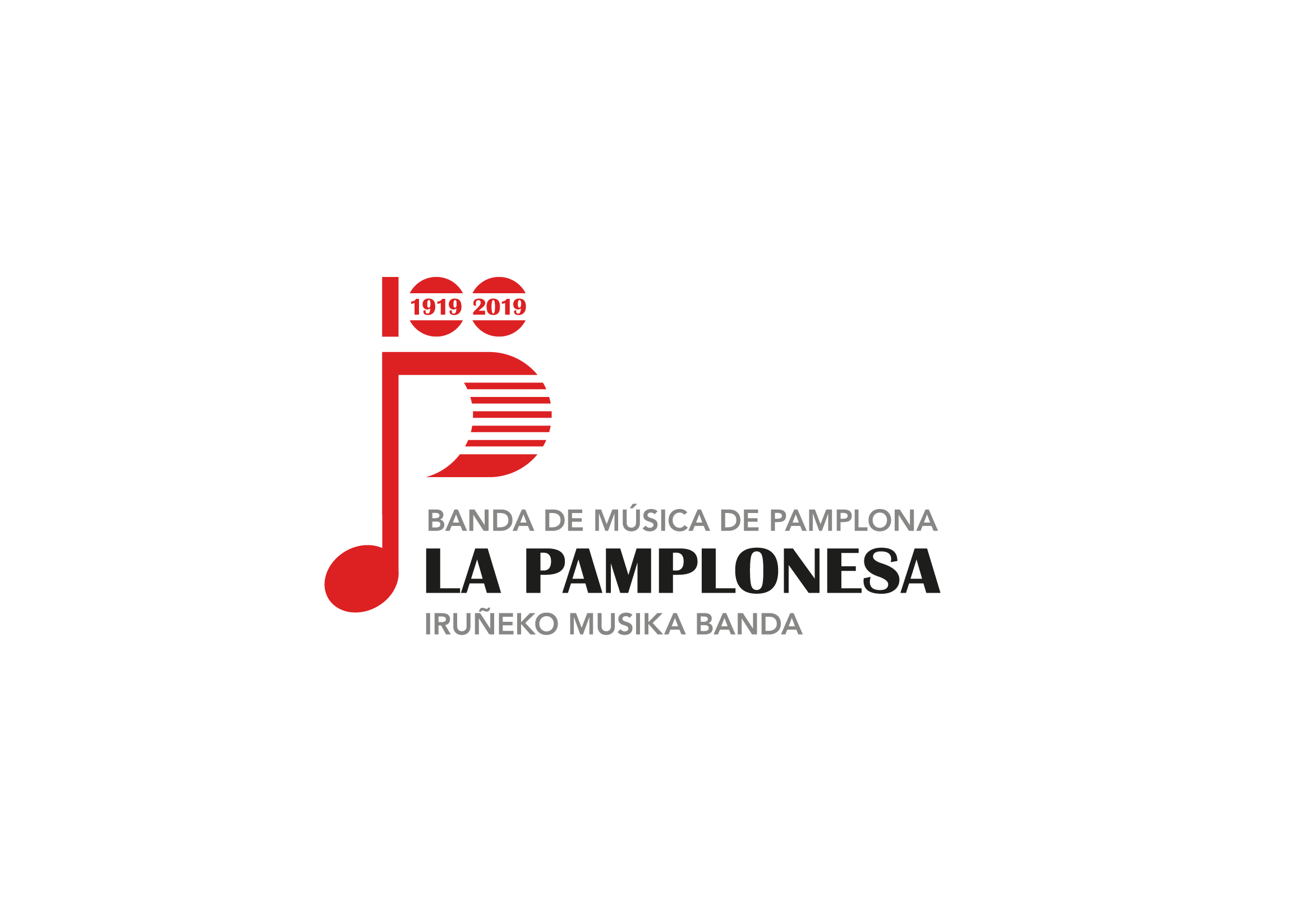 The Banda de Música La Pamplonesa was created in 1919 thanks to 37 musicians from Navarra who made up a band of a civilian character. Since then, they have tried to offer to the Navarra audience works of any possible genres and the dissemination of original music and adaptations of authors from Navarra. Today, it is a cultural icon in Pamplona and Navarra with more than 50 annual performances where they feature their multiple facets and all musical possibilities to be an example of quality among the musical bands in Spain. It also participates in the main civil and religious events of the city and in the Fiestas of San Fermin, where it is part of its soundtrack.

It completes an intense educations task, collaborating with conservatories and music schools and in educational projects with students together with the Education Department of the Navarran Government. Besides the original repertoire for bands, it performs genres like jazz, zarzuela, symphonic music, popular music, musicals, pop/rock, ranchera and contemporary music. It also performs world premieres of works specially dedicated to such a purpose.

Its discography is extensive, with more than ten albums of varied genres: original music for bands with the RTVE label, works with txistus and bagpipes, works of symphonic bands of Navarran subjects and monographs of authors like Manuel Turrillas or J. Vicent Egea. With more than 1500 concerts works and about 350 for parades in its archives, each year more than one hundred different works are performed, of which a third are for the first time in Pamplona and Navarra. Beyond social, religious and festival life, it is a reference regarding its cultural contribution.

To its annual series in the Teatro Gayarre concerts are added in the Auditorio Baluarte and other city venues and beyond, performing an important work in musical dissemination. Dozens of thousands of people see and listen to it throughout the year, it being the first musical group of Navarra with respect to the number of performances and spectators, as well as the most popular.

In 2019, the year of its centenary it celebrates the International Festival of Bands (IFOB). Five days of homage to La Pamplonesa with concerts in squares and theatres and a massive parade throughout the city. More than 60 bands from several continents, as well as soloists of great international prestige. A record-breaking initiative which gathers master classes, a musical fair, and a congress in which musical education and wind ensembles will be the protagonists. Players, composers, conductors, educators will meet in Pamplona, as well as the citizens of Pamplona that follow it in all its performances. A great event, which accompanies the documentary edition, a book on the band and retrospective exhibition about its centenary.

After a century of music and nine conductors, the Pamplonesa is a live institution which does not stop searching for a better version. 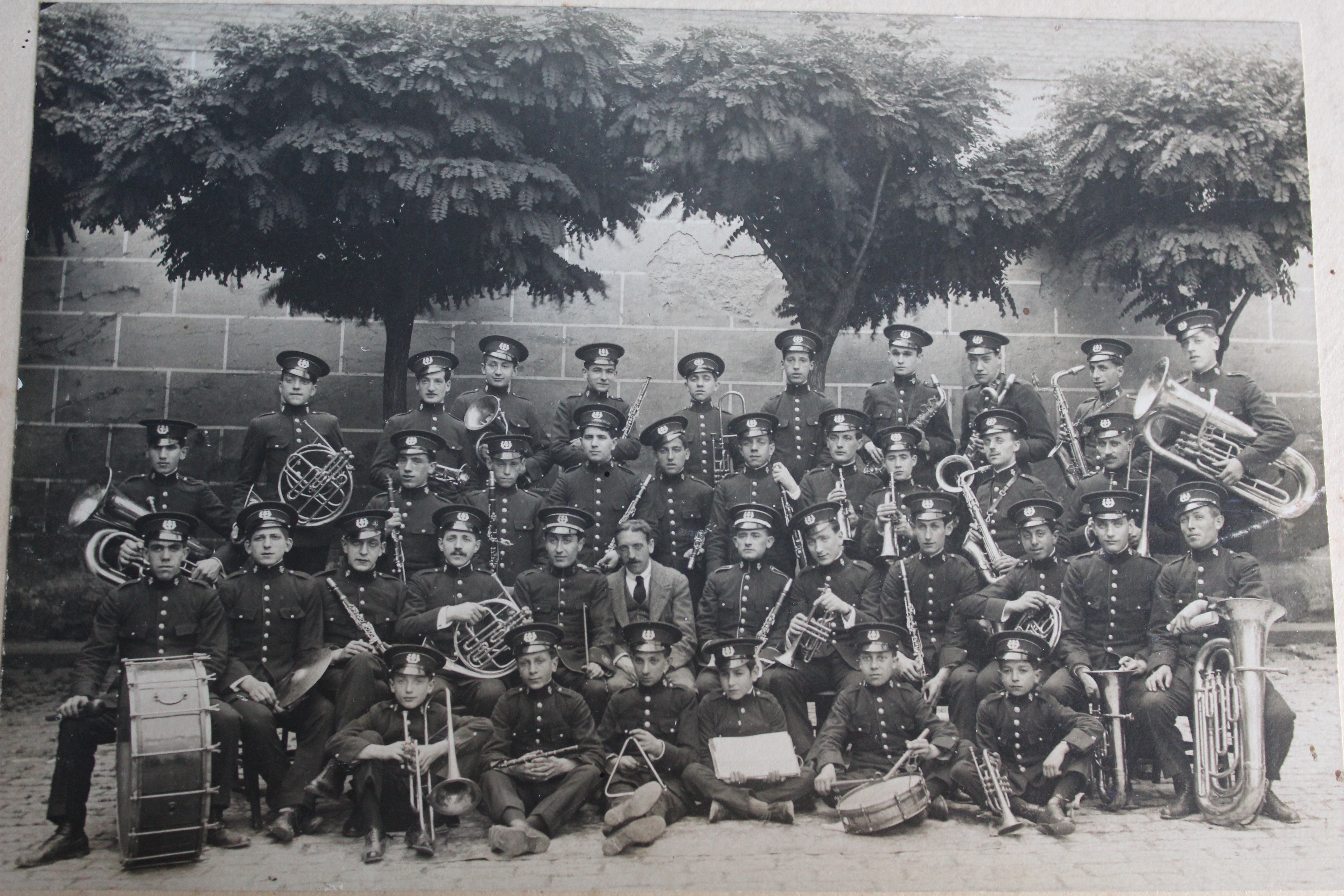 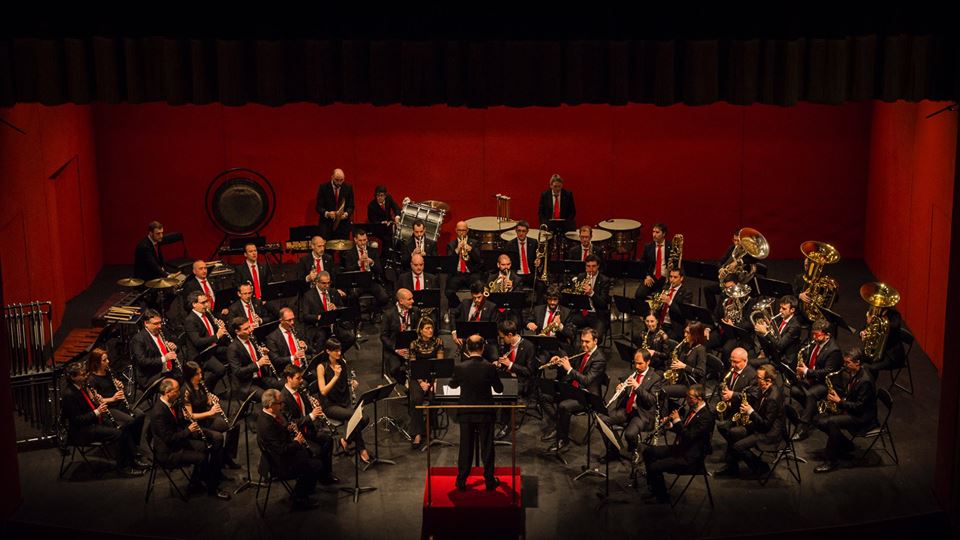 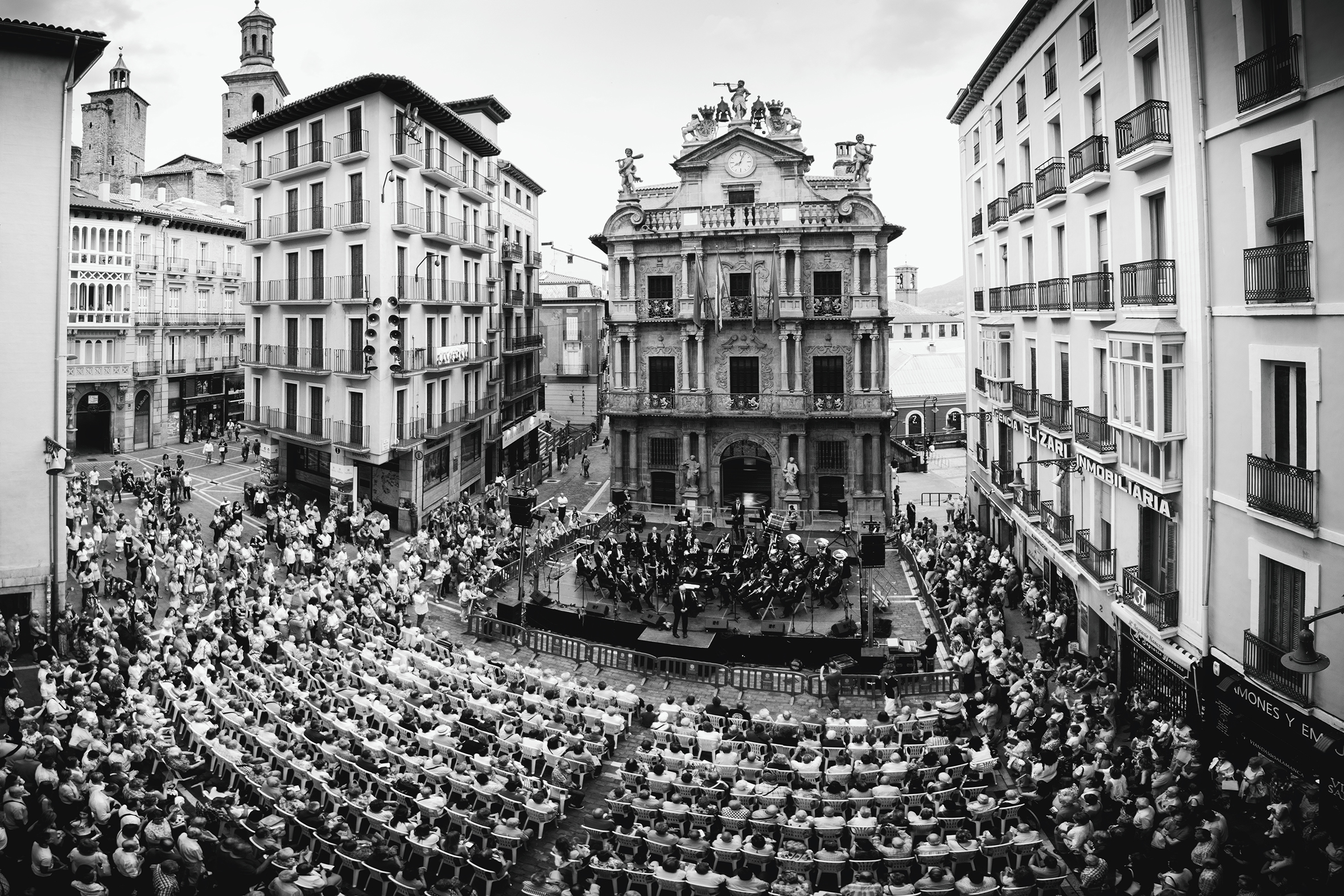