The BMQ offers a new sound combining the lustre of metal with the energy of the percussion surrounded by the majesty of the organ. This original instrumental ensemble allows a sound environment to be created surprising thanks to the combination of its instruments, the virtuosity of its players and the freshness of its performances.

The BMQ repertoire is carefully searched for, selected, transcribed and arranged for the ensemble. Spanish composers like Francesc Bastidas, J. M.ª Muneta, J. M. Montañés, Nacho Ribas, etc., have also composed specially for us. Since the origin of the group until today, a unique and personal musical world has been configured, a particular view of works from the Renaissance, Baroque, Classicism, until the Spanish music of Falla or Albeniz and works of contemporary composers.

Its rich repertoire allows them to participate both in organ and early music series and chamber music festivals and series, including those dedicated to contemporary music.

The press has written the following about BMQ:

‘The first thing to be mentioned about this ensemble is the perfection of its organisation; with only five players it is capable of approaching the public to all the grandeur of the most brilliant Baroque. […] Moreover, the concert had the advantage of beginning and ending with the most spectacular works, although the quality never decreased, such that the public could do no other thing than follow the request of the Rector of the Sanctuary of not clapping between works’. Heraldo de Aragón, Sunday August 18th 2013. XIX Ciclo Internacional de Órgano de Torreciudad.

‘…highlight the quality of the Brillant Magnus Quintet musicians, the excellent sound obtained by the trumpet players, the musical taste shown and the respect and rigour with which they have performed this work’. Revista Ritmo, n.º 829, Año LXXXI, April 2010.

‘The Brillant Magnus Quintet attracted more than 150 people from Andorra. The Civic Building of the Villa Minera was full […] three trumpets, one piano and the percussion joined to offer the public a complete show for all the senses’. Diario La Comarca. December 20th 2011, Año XXIV, n.º 1549.

‘The Brillant Magnus Quintet performs at the top of the Mudejar towers […] a delicious example, both for the view and the ear’. Diario de Teruel. November 28th 2011.

The BMQ shares its performing aspect with a training activity all over Spain and more recently its presence has also been claimed abroad to give master classes and workshops. Moreover, it counts with a stable meeting during the last week of July, organising for the last nine years the BMQ course for trumpet, horn, trombone, organ and percussion to which almost a hundred students come and which is held in the town of Teruel, Cella, where the official headquarters of the quintet are also located.

BMQ is an artistic group of the company STOMVI. The trumpet players are equipped by said brand, with all instruments of the trumpet family, from the smallest (piccolo trumpet) until the largest (four piston bass trumpets), allowing it to create a musical texture different for each one of its performances. The combination of copper, silver, bellflex and even wood together with the use of different types of mouth pieces and mutes of the own brand STOMVI cause in the spectator different impressions not associated to the traditional trumpet.

The same happens with the percussion which is shown in this quintet: infinite in number of instruments and possibilities. 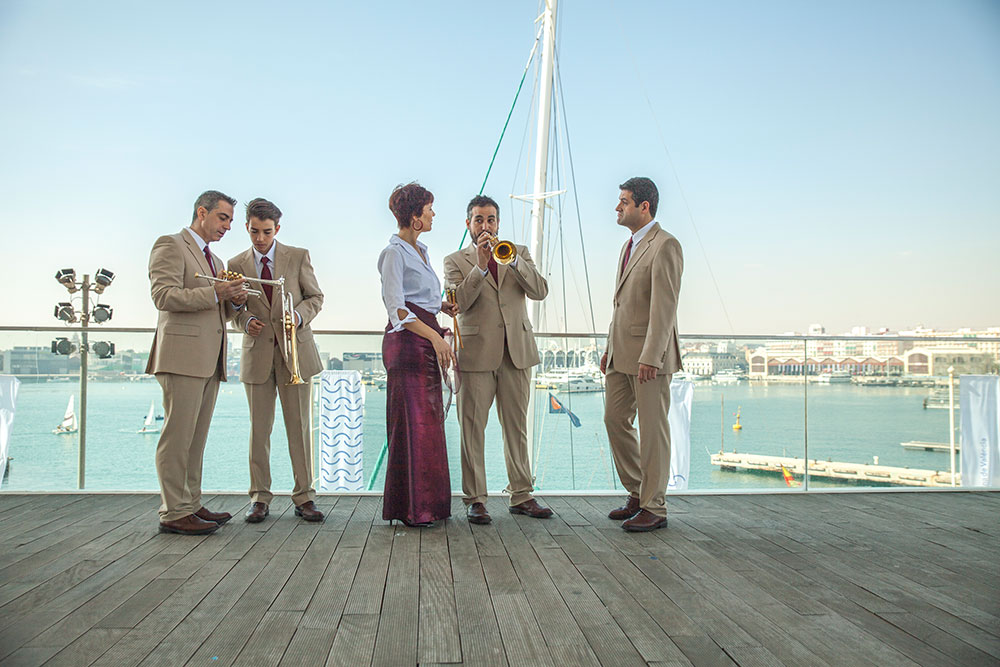 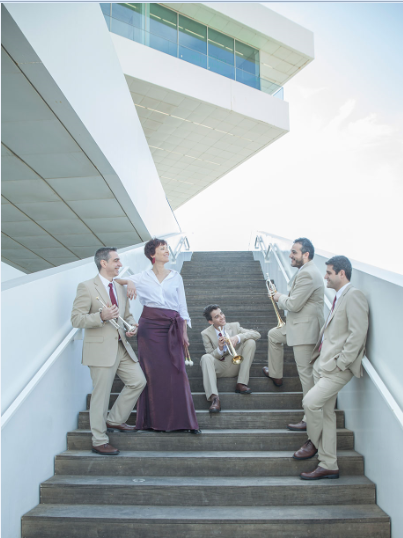 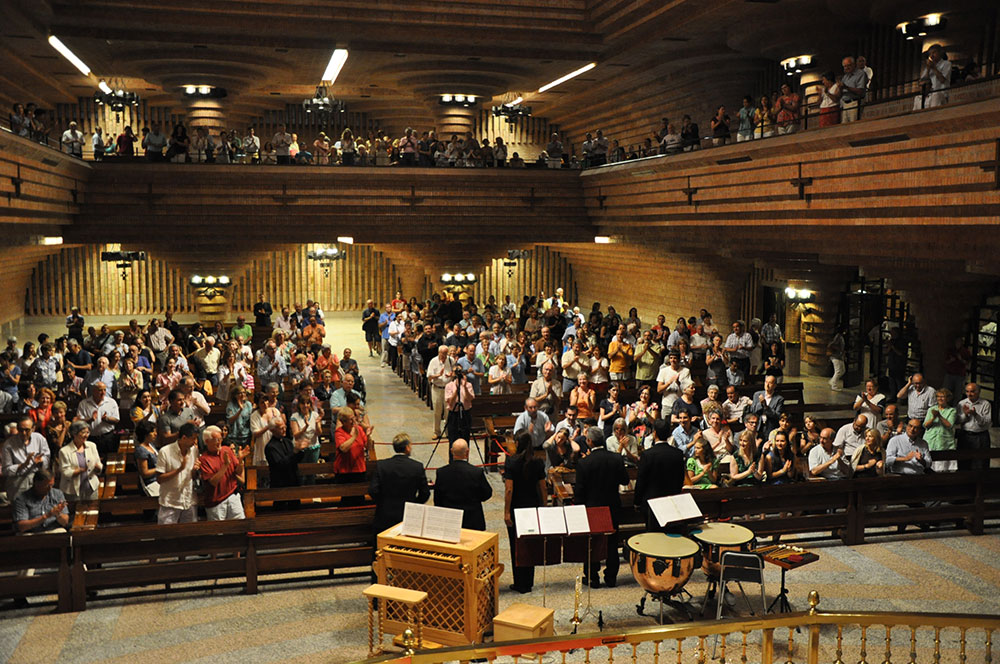