2) Eleven guitarist from seven countries of the world were registered, to participate in the competition, which was held on July 6th from 9:30 a.m. and open to the public.

3) The award of prices was at 20:00 to then offer a concert by the winner, free entry until full house.

4) The work performed by the participants were all original ones of the guitarist and composer Ángel G. Piñero, promotor of this competition and creator of the Asociación de Guitarra Clásica that bears his name.

5) This year the competition counted with the participation of the Cuarteto de Cuerdas Chagall which, together with the contestants, played a work for guitar and quartet Viaje Nocturno by Ángel G. Piñero.

6) On Saturday July 7th, it was Ángel G. Piñero himself who offered a private master class to all the contestants as from 10:00 a.m.

7) As the guitarist explained: ‘the classic guitar has always been cultivated more beyond Spain, and this competition had the purpose of disseminating and promoting this instrument among Spanish youth and from all countries, supporting young guitarist from 18 to 35 years old, starting their careers, who in turn disseminate Spanish music’.

9) The competition offered a first Prize of 4,000 Euros and a concert for the best performer. The second prize was a special guitar valued 3,000 Euros, of the brand Estruch Luthiers of Barcelona, founded in 1880. The third prize consisted of 1,500 Euros, with the collaboration of the Sociedad de Artistas Intérpretes o Ejecutantes de España (AIE). Also, there were three prizes of 300 Euros. Musical expression and tempo was appreciated.

10) This competition has counted with the collaboration of the town halls of Espera (Cádiz) and Saint Jean-de-Luz (France) offering the awarded winners an annual paid concert.

11) A compromised effort is made to disseminate classical guitar and by telematic means, to communicate with the musical centres of the European countries, America, Asia, Africa and Oceania making known the annual Concurso Internacional de Guitarra Clásica ‘Ángel G. Piñero’ and making our guitar known.

12) A poster in Spanish, English or French was sent depending on the countries where these languages or influence zones are spoken.

13) The result of this dissemination work through the different musical centres and homes (since the students have their own families) from all over the world, thanks to the 6,000 electronic mails sent in a campaign started in September. 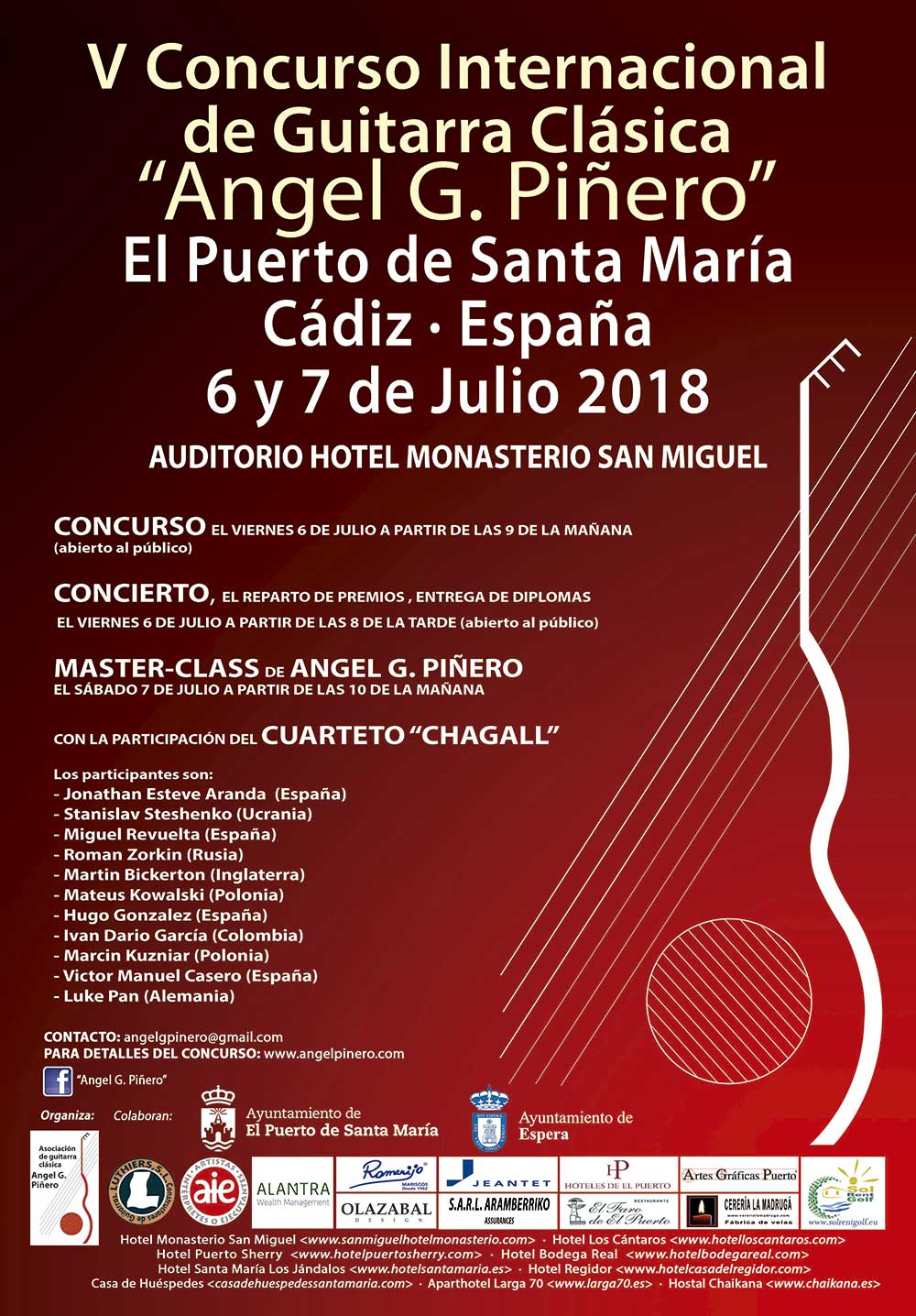 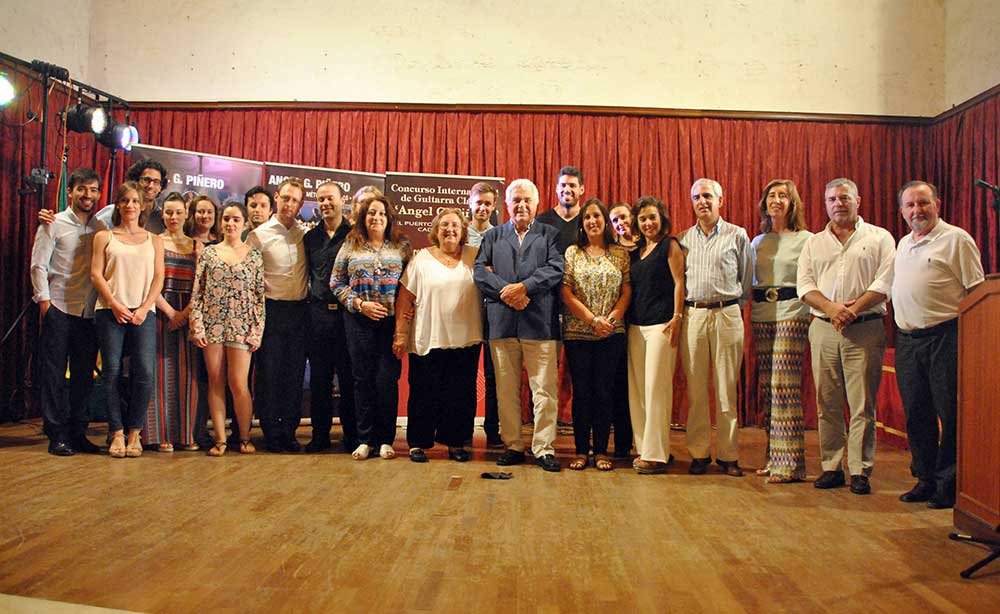