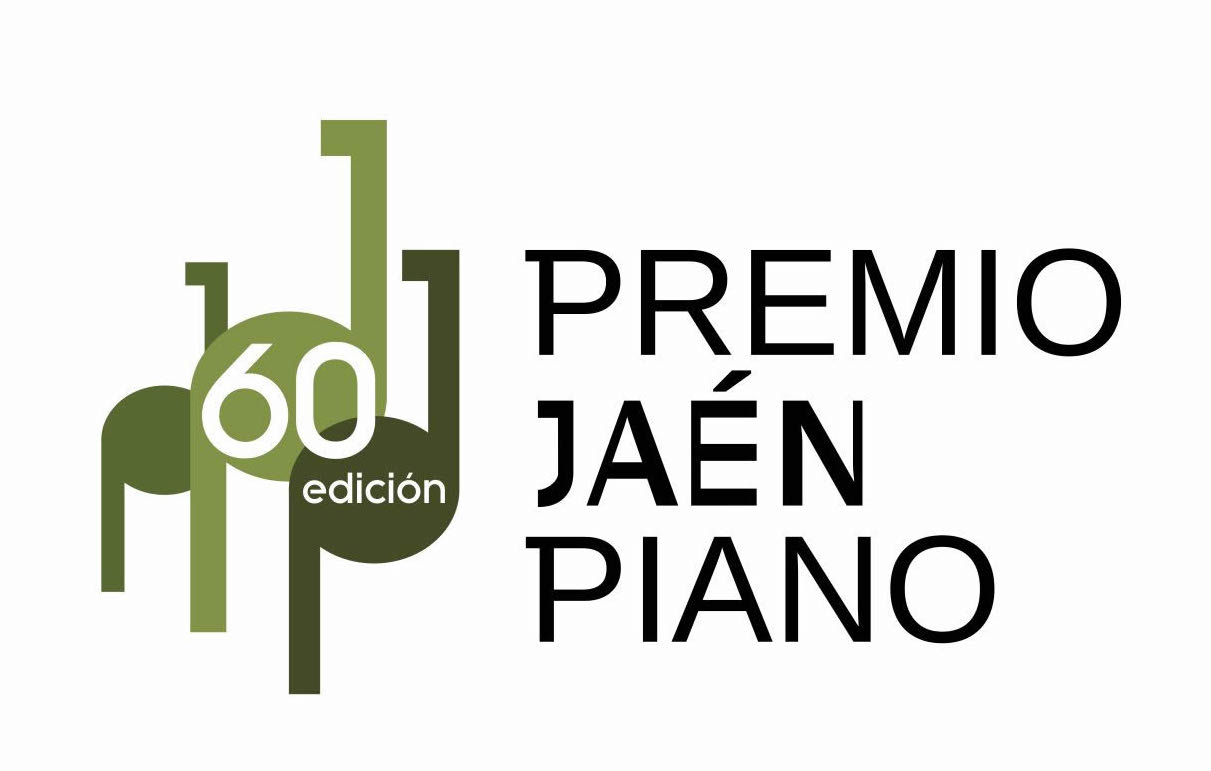 This year, the 60th edition of the Concurso Internacional de Piano Premio ‘Jaén’ has been held, the most important and prestigious in the cultural scenario of the province. This competition has as particularities that it is the oldest in Spain in this musical field, the youth of the participants —only pianists under 32 years can be registered—, and also because the eliminating rounds include the compulsory performance of a musical work expressly composed for this competition by a famous Spanish composer. In this way, there is a rich musical literature surrounding this award.

The predecessor of the latter was the Premio Club Alpino created in 1953 by the pianist Joaquín Reyes Cabrera and the architect Pablo Castillo García-Negrete and it was held for two years. In 1955, the Instituto de Estudios Giennenses took over the sponsorship of the competition and changed its name to the current one, Premio de Piano ‘Jaén’.

The prestige of this piano competition, guaranteed by its history and for awards like the Medalla de Honor de la Real Academia de Bellas Artes de Granada (Honorary Gold Medal of the Royal Academy of Fine Arts of Granada) or the Prize ‘Manuel de Falla’ granted by the Culture Department of the Andalusia Government, is also expressed by its important prize endowment. In the 60th edition, there were seven awards for the pianists participating —first, second and third prize, ‘Chamber Music Award’, ‘Rosa Sabater Award’ for the best performer of Spanish music, ‘Contemporary Music Award’ and the Public Award—, which in this edition amounted to 60,000 Euros.

The pianist who obtained the first prize in this edition was Honggi Kim, of South Korea.  The second one was also for the Korean Jin-Hyeon Lee and the third prize for the Spaniard Jorge Nava. With this award, Honggi Kim has become the first Korean pianist to record his name in this competition which until today had counted with pianists from 21 different countries, a number increased to 22 with the incorporation of South Korea. Kim, born in 1991, has been awarded in competitions like the International one of China, Geneva or that of Schubert and has performed recitals in Japan, China, Singapore, Germany, Italy or Switzerland. At present he is completing his training in Frankfurt.

This year 39 pianists have been participating in this competition, coming from 18 different countries, guaranteeing the international dimension of this prestigious piano competition which, on the occasion of its diamond wedding, important novelties have been introduced —among others, the performance of chamber music in the competition—.

One of the main characteristics of this competition is the existence of a compulsory work in each one of the editions. Since 1993, the competition counts with one work written by a Spanish composer specifically for this competition and released at a world level in the framework of the Premio de Piano ‘Jaén’. In this edition, the composer José María Sánchez-Verdú was entrusted to create this musical work, titled Jardín de espejos. 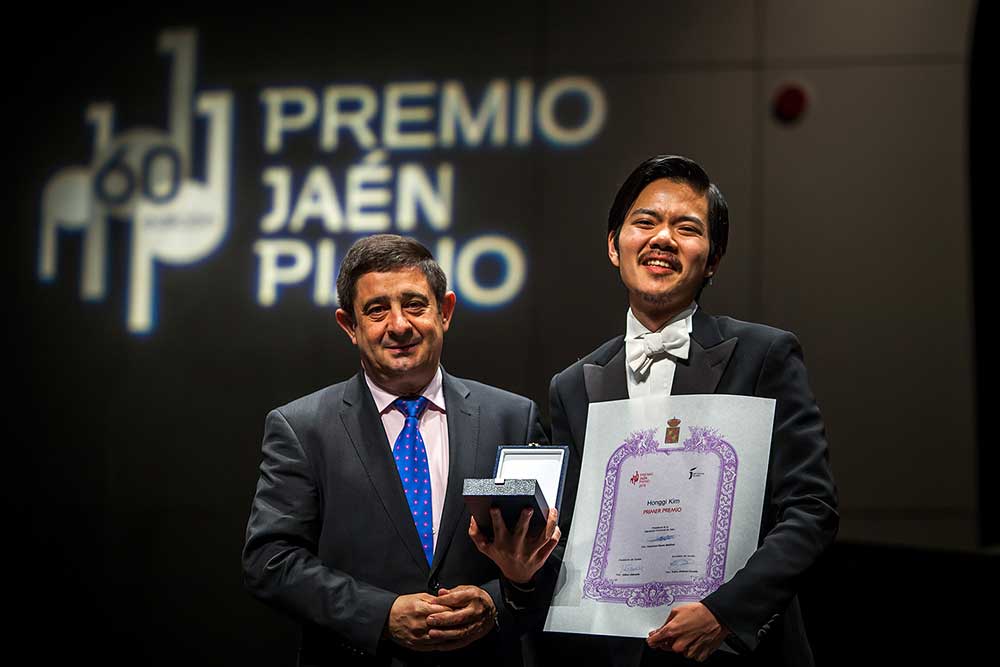 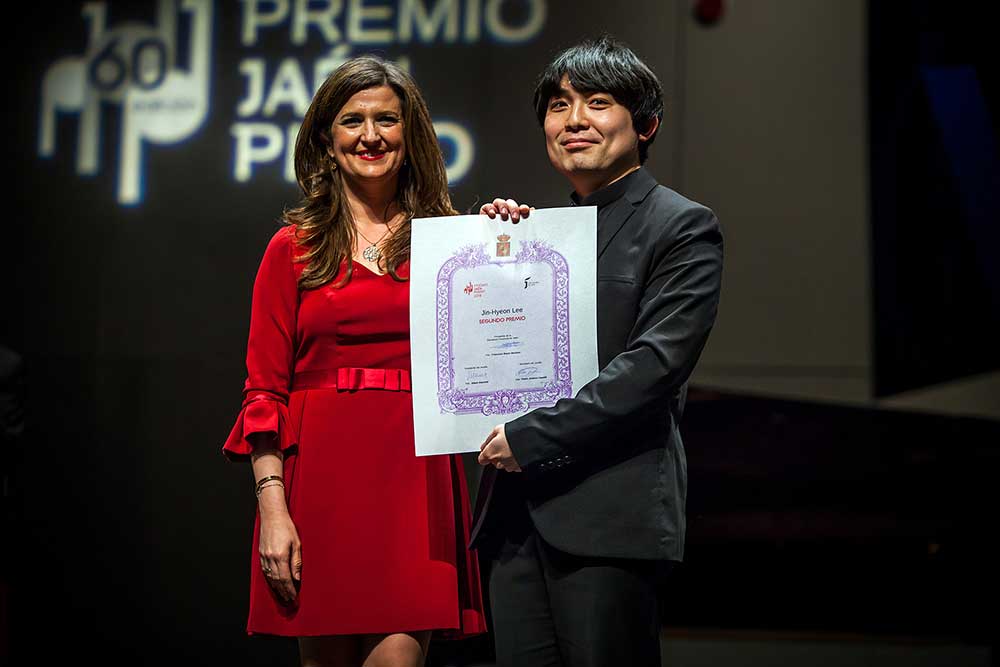 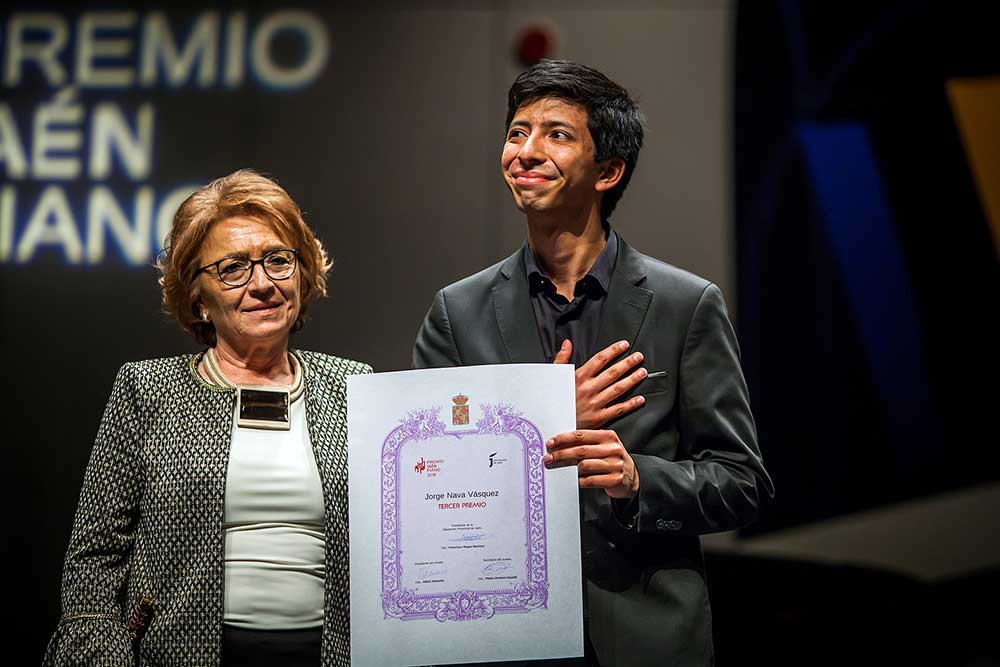 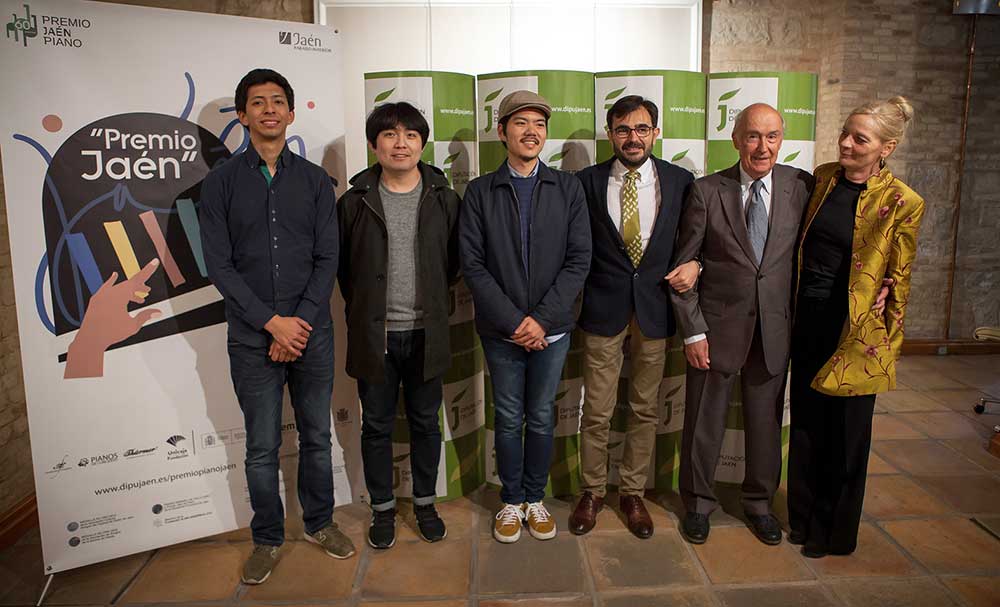