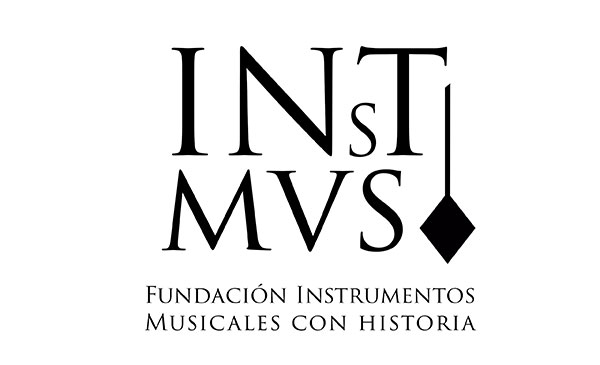 Multi-performers and researchers of early music

Emilio Villalba and Sara Marina are musicians specialised in the recovery and dissemination of the historical music from the 8th to 16th centuries. They have been working more than eight years in a wide concert career for Spain, Portugal and France, with shows where they combine music, theatre and narrative. Throughout this track record they have reshaped with the help of luthiers more than 40 historical instruments, their shows becoming an authentic sonorous museum on stage: vielles, vihuelas, psalteries, hurdy-gurdy, clavisimbalum, organetto, etc.

In 2017 they created the Fundación Instrumentos Musicales con Historia, whose purposes are the research, revival, maximising and dissemination of early music by means of the reshaping and use of historical music instruments. With the instruments integrating the wealth of their foundation, the duo performs educational workshops, conferences and occasional exhibitions.

Concerts: surprise and educate with music

With a careful staging and a hard reshaping work and musical arrangements, their concerts contain a selection of pieces which ranges from the music of Al Ándalus and song books of the Sephardic tradition, until the music of medieval codices, arriving to the Spanish Renaissance.

Sara Marina and Emilio Villalba are also concerned about the children’s public. For this reason, they have created several education projects for the youngest, like Amadís y el tesoro de la Música, or Perdida en el Bosco, a live work of puppets and medieval music, coproduced with the Cía Claroscvro Teatro and the Teatro de la Zarzuela de Madrid.

Their exhibition Instrumentos Musicales con Historia (Musical instruments with history), of itinerant nature, shows the public a great variety of historic instrument, as well as pictorial and written sources that served for their reshaping, performing during the show demonstration of each instrument in mini recitals.

Emilio Villella and Sara Marina are multidisciplinary artists; in their musical productions they invent, design and execute all the process: photography, illustrations, graphic design and musical undertaking; as well as the direction and edition of audio-visual contents: video clips and documentaries.

Emilio Villalba, as illustrator and designer, participates in numerous festivals of early music completing the design of posters and dissemination of publicity. 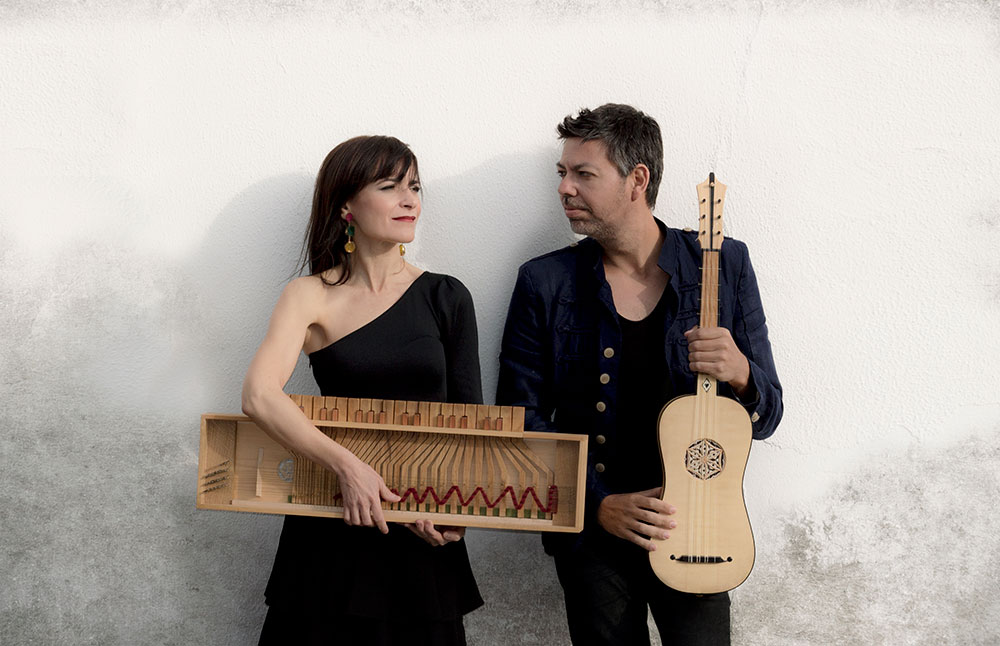 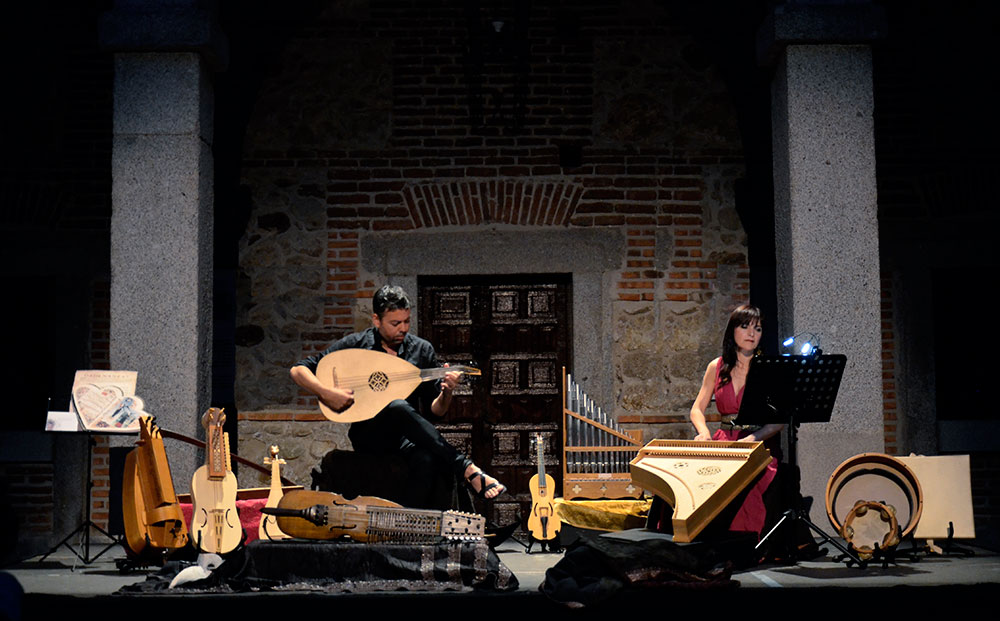 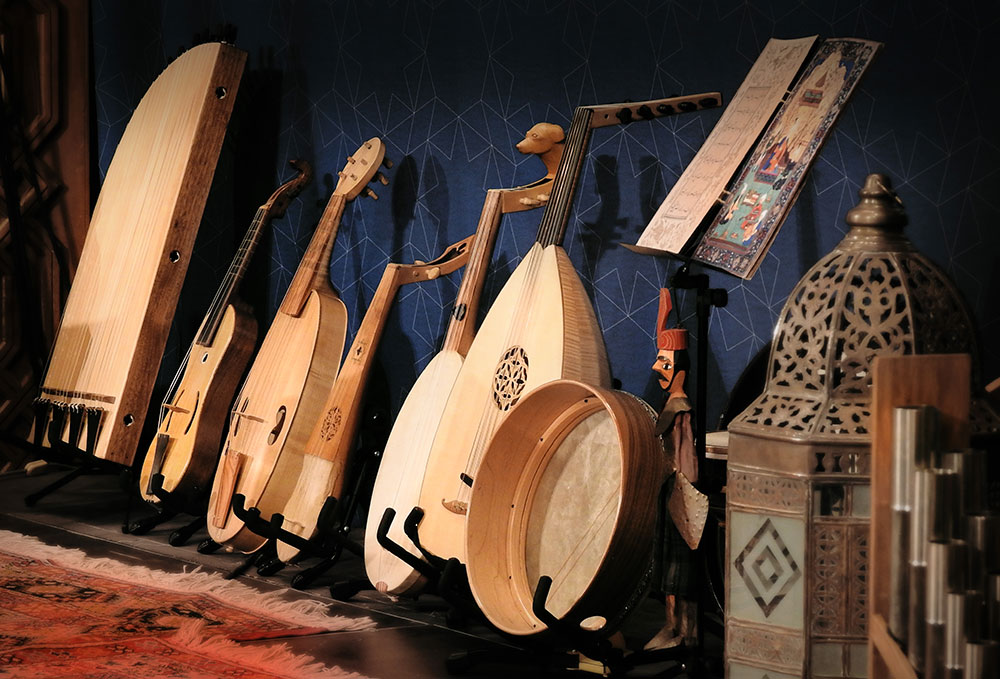 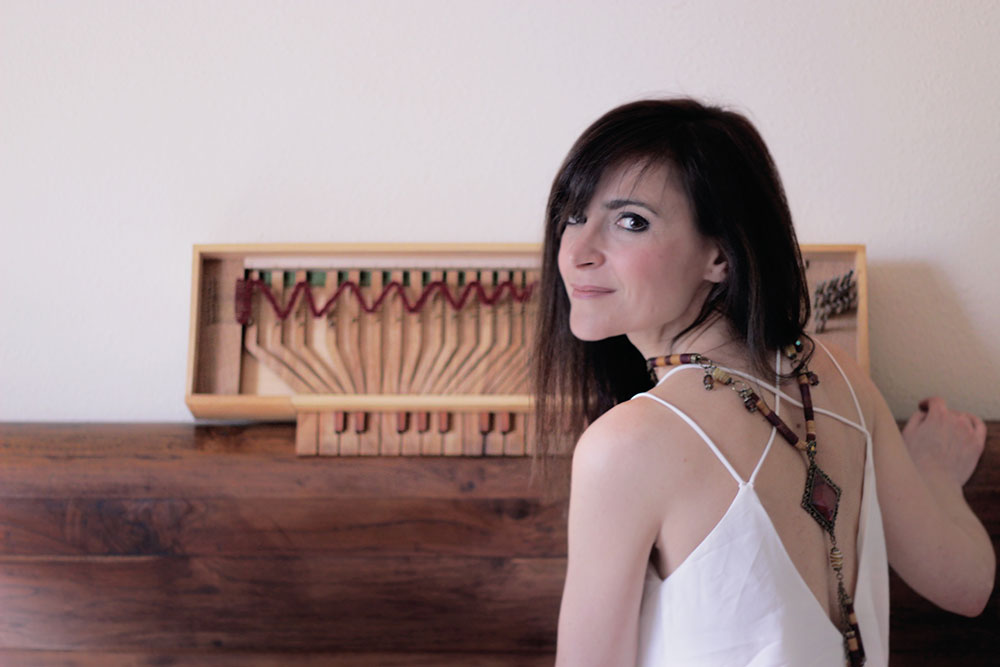 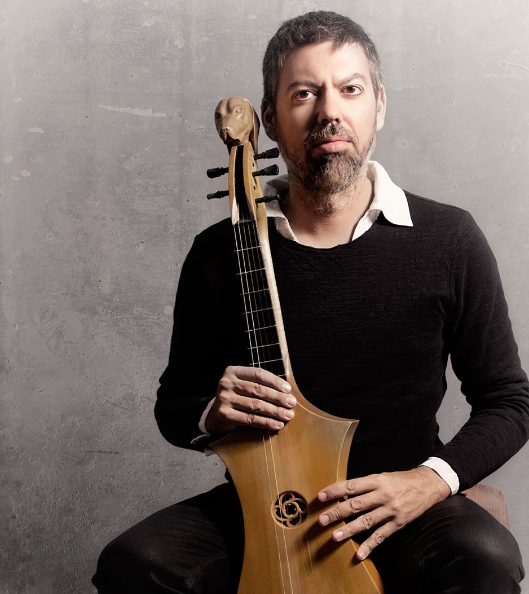