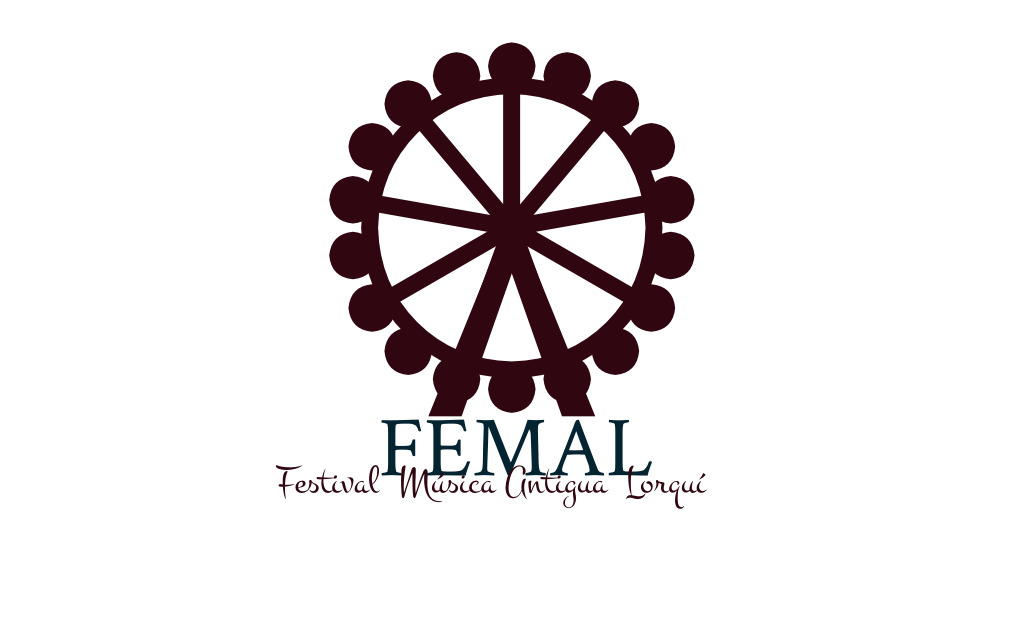 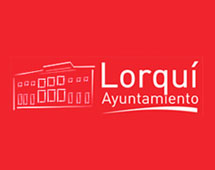 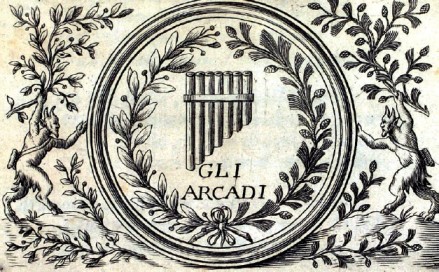 Dates:  Launched in 2015, it takes place in March and April

The 4th edition of the Festival de Música Antigua de Lorquí, FEMAL, took place between April 21st and 28th 2018, taking place at the same time as the Cultural Week of the municipality. The FEMAL was created in 2015 aimed at promoting culture in this city, the birth place of the sculptor Francisco Salzillo. Within a short time, it has become a reference of early music in the Murcia Region. It is supported by the Culture Department of Murcia Town Hall. Its organisers and artistic directors are: Lorenzo Cutillas, director of La Arcadia (instrumental ensemble of early music) and María Angeles Zapata, director of DeMusica Ensemble, female vocal ensemble of early music.

Lorquí is known as ‘Ciudad de Salzillo’ (Salzillo’s City) since 2007. Besides the Iglesia de Santiago Apóstol, it conserves, as a part of its heritage, two waterwheels as survivors of the twelve with which this city counted with. One of them rises in the middle of the city centre, at the end of calle Noria and receiving the visitors coming from Archena. The most important or well-known one is that of ‘Tío Rapao’, the nickname of the man who was the guardian for many years. This fact is documented regarding its existence since the 18th century, although it is believed to be much older, both waterwheels have been declared as Property of Cultural Interest.  These waterwheels have inspired the Festival logotype.

The FEMAL intends to enhance the historic-artistic value of the city, by means of a musical festival, having the venue for its performances in the Iglesia de Santiago Apóstol, allowing its audience to know music of different origins and centuries, bringing, as much as possible, the sounds of the past to the present. The Festival is committed to present its public with a run through early music, hence performing repertoires going from mediaeval music until the end of the Baroque.

Throughout its four editions, groups of great projection within early music both vocal and instrumental of the national and international scenario have been welcomed. It has counted with the presence of Orientis Partibus, Ensemble di musica medievale, La Arcadia, DeMusica Ensemble, Veterum Mvsicae, and Ensemble La Danserye, José Luis Pastor, A5 Vocal Ensemble and the Galería del Claroscuro.

In 2018, the FEMAL offered three concerts, starting with the programme MEMENTO FEMINA dedicated to female composers between the 9th and 17th centuries, entrusted to DeMusica Ensemble, the resident group and organisers of the festival, conducted by Mª Ángeles Zapata. The second concert was performed by the ensemble from Valencia, Amystis Coro de Cámara, conducted by José Duce Chenoll. They interpreted the programme Los Otros: Polifonistas del renacimiento español, with which great Spanish polyphonic composers like Juan de Anchieta, Pedro Escobar and Rodrigo de Ceballos could be enjoyed, among others. The festival was closed by the ensemble from Granada Íliber Ensemble, conducted by Darío Tamayo, with the original programme MESTIZAJES SONOROS. Las músicas del Códice Trujillo en el Perú del siglo XVIII, music of the Peruvian Viceroyal Baroque, an explosión of sound and dances that filled the Church of Lorquí. 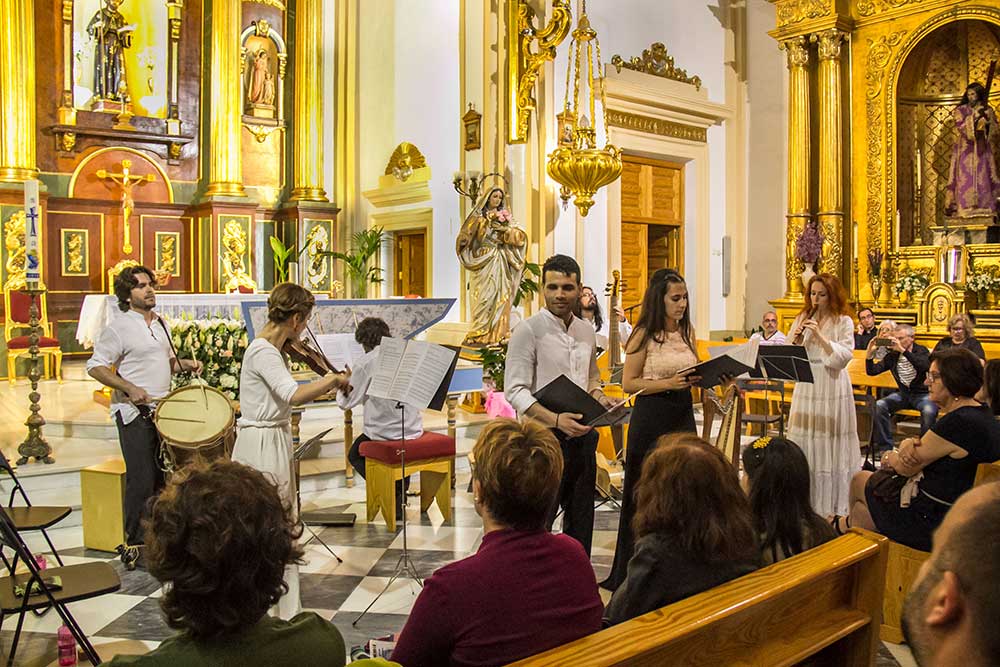 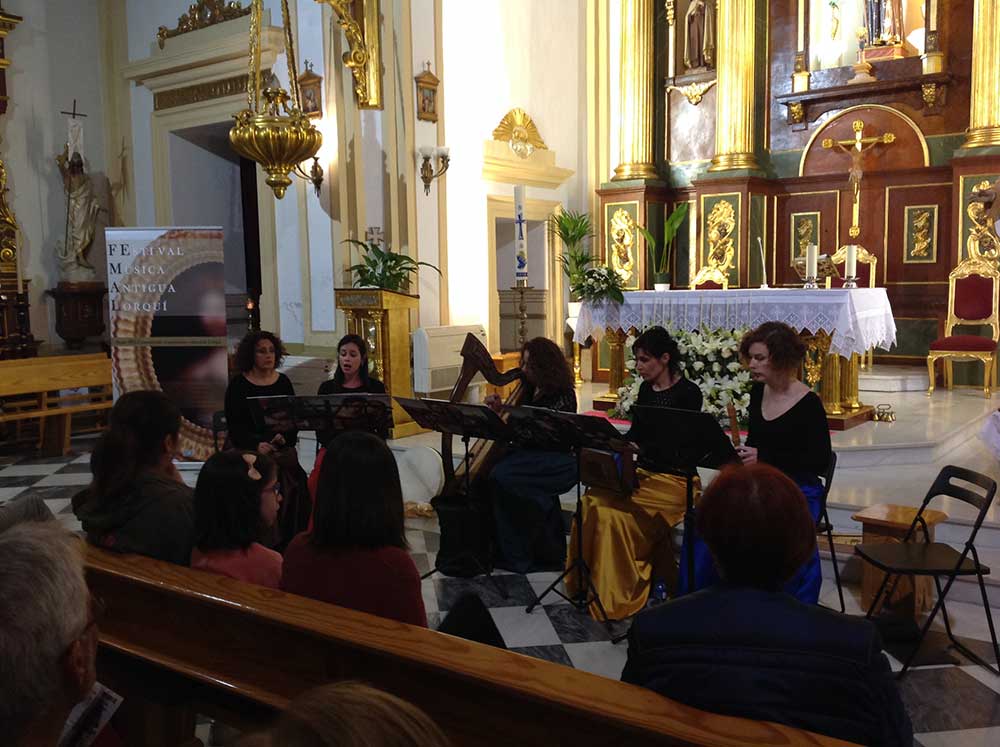 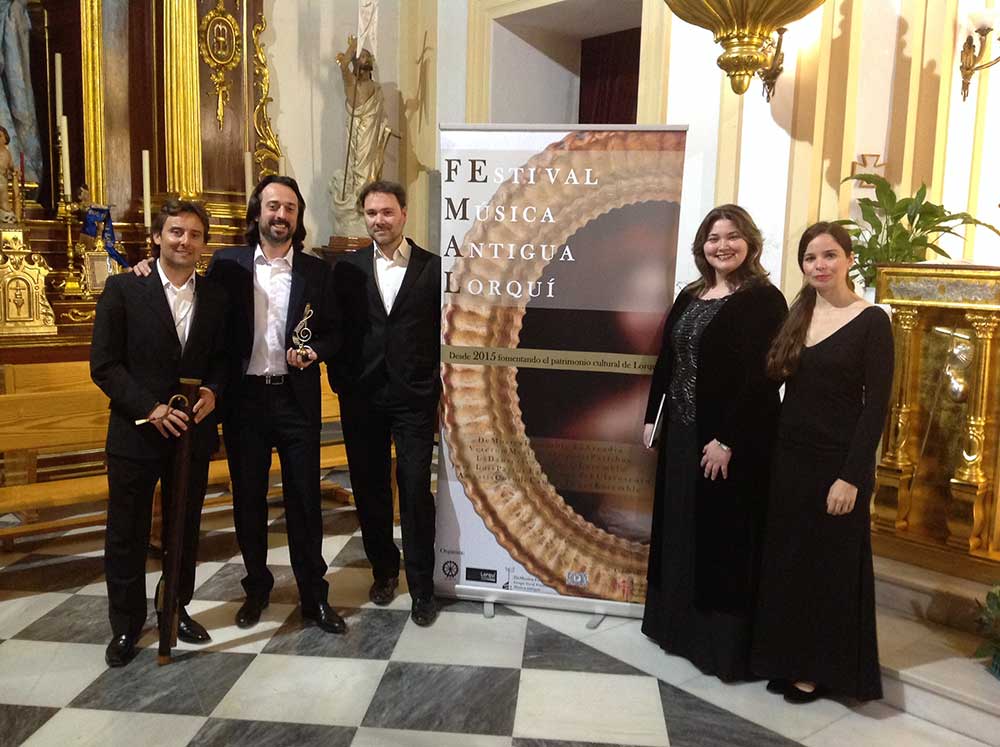