Eutherpe, the Muse is ‘the delightful’, that of ‘pleasant genie’, the one ‘with good spirit’, ‘joy’. Like all other muses, considered of divine origin and with magical qualities, Eutherpe is daughter of Mnemosyne and Zeus. She was destined to protect music, rhythm and harmony. All the arts and sciences are founded in her, and she transmits their affection, passions and concerns with sound and silence without words.

The Fundación Eutherpe is the heiress since 2004 of the Asociación Pianística Eutherpe, created in 1999. They chose this name for its meaning and universality.

As a non-profit foundation they are moved by artistic-social interest. They intend to:

2.- Make the improvement of their knowledge with maestros of the most recognised prestige possible.

3.- Take care of the musical training of as many citizens that show interest to know and enjoy this harmonious art. In turn, to support the performers so that they feel welcomed and valued in Spain.

Concerts performed in the Sala Eutherpe (since January 1999)

The Sala Eutherpe was designed in 1999 so that all the musicians that so wished had the opportunity to offer a recital to the public and share their feelings. It also intended to widen the opportunities to let then to be known and in turn, the people could enjoy superior artistic values. The Hall counts with 120 stalls and a grand piano Yamaha C-7. In this hall 80 concerts a year are held.

The concert series organised since 2007 in the Auditorio Ciudad de León include soloists, chamber ensembles, orchestras, bands, choirs, zarzuelas and operas. It counts with the collaboration of Leon Town Hall. The concerts for the citizens a social forum where they live common experiences which are shared and make friends together with those who think, feel and like similar values.

Valencia Delegation of the Fundación Eutherpe

In the Valencia Region, Eutherpe has developed great success with the public and critics alike with series in halls like Palau de la Música de Valencia, Auditorio de la Fundación Bancaja, Museo de Bellas Artes de Valencia, Casa de Cultura de Picassent and Auditorio de Torrent. It also supports several programmes of a social character, like the Singa Project, where it is intended to promote by means of music, other types of relations between families and children of the gypsy community with the rest of the society, as well as several charity concerts with a social purpose. The team work is led by the Delegate in the Valencia Region, Álvaro López-Jamar.

The Orquesta de Cámara Eutherpe, under the baton of Francisco Valero-Terribas, is a group of 36 musicians, which combines the experience and the knowhow of contrasted performers. Along the same line, the Coro Eutherpe under the direction of the Professor Cristina Contreras. These projects represent an important reference in the Valencia Region.

The JOL was created in 2014 with the purpose that children and young people studying this art had the experience of making music together. By means of the project, they try to attend the students of conservatories, schools of music of Leon province and other places of Spain. They desire to promote in the society and in a wide sense, the love for art, the positive emotions and the recognition of the effort completed by performers, families, institutions and groups most sensitive towards culture. The orchestra is conducted by Francisco Valero Terribas and the Camerata by David de la Varga.

The maestros are Bruno Aprea in conducting and Joaquín Soriano on the piano. The orchestra is previously prepared with Francisco Valero-Terribas, conductor and professors David de la Varga, Jaime Puerta and Raúl Sancho. Eight days of work which finish with two great concerts in the Auditorium of the city on September 8th and 9th.

Project: ‘Looking at Music’, from April to June 2018 in the Museo de León

A project showing 50 photographs, author’s photo-book and promotional graphics. A careful selection of the photographs taken by María Diez during many concerts and in which Ángel Corrochano has designed the graphics and the photo-book. This project has been completed by a programme of exclusive concerts.

The ten concerts performed in the Museo de León during the exhibition:

It began to be called Aula de Música Nuestra Señora del Carmen, in the same way as the school where it was to be found. It started its activity coinciding with the foundation of the School in 1877. Therefore, it enjoys a broad career in the teaching of specialised piano music. The School has twelve vertical pianos and one grand piano, ten study cabins and a concert hall. When Eutherpe was created, it began to depend on this foundation. Susana Barrios is the director and head of studies. The piano teachers are: Rodrigo Suárez and Mario Morla.

In 2019, the Fundación Eutherpe celebrates its 20th anniversary

All the activities of 2019 will have the stamp of the 20th anniversary. They will celebrate 68 courses, 3,200 concerts between the Sala Eutherpe de León, the Auditorio Ciudad de León and the Valencia Region, mainly. Performers of 44 nationalities have participated in courses and concerts: Albania, Germany, Argentina, Armenia, Brazil, Australia, Belgium, Bulgaria, Canada, Colombia, USA, Spain, France, Greece, Italy, Russia, etc.

Eutherpe contemplates procedures for the growth and future sustainability of young music talents, recognising achievements and improving practice or proposals for their support and promotion.

January 7th: La traviata by Giuseppe Verdi, in semi-stage format with the Orquesta Sinfónica JOL and singers from León and Valencia. Francisco Valero-Terribas, is the musical director.

May 11th and 12th: I pagliacci by Ruggero Leoncavallo. 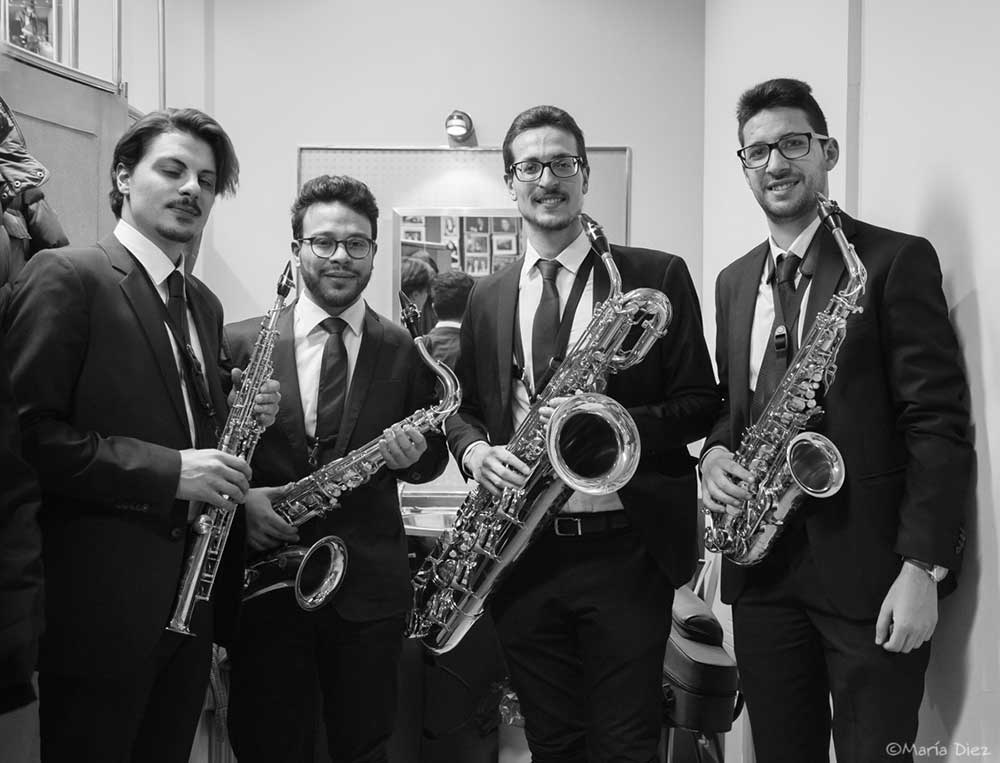 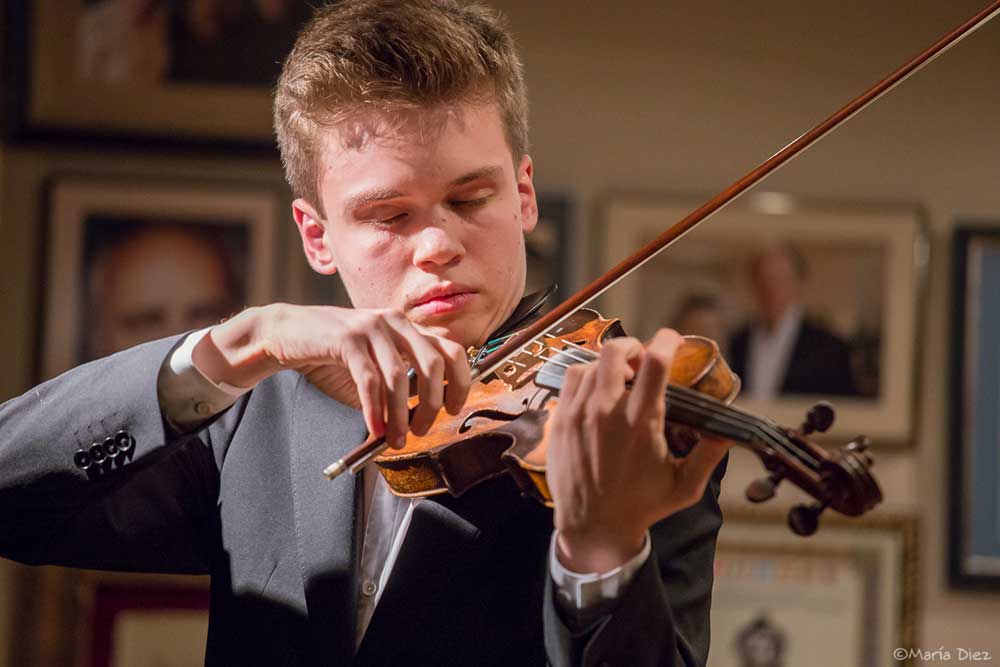 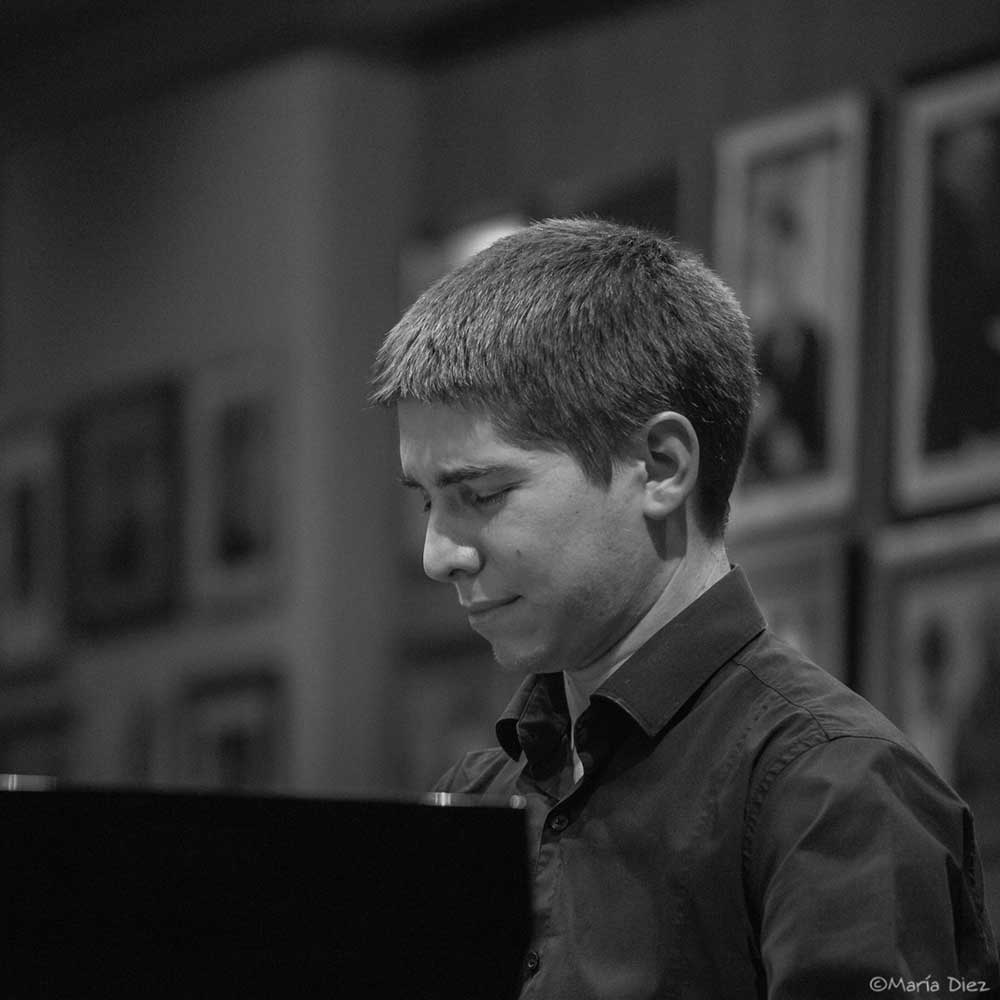 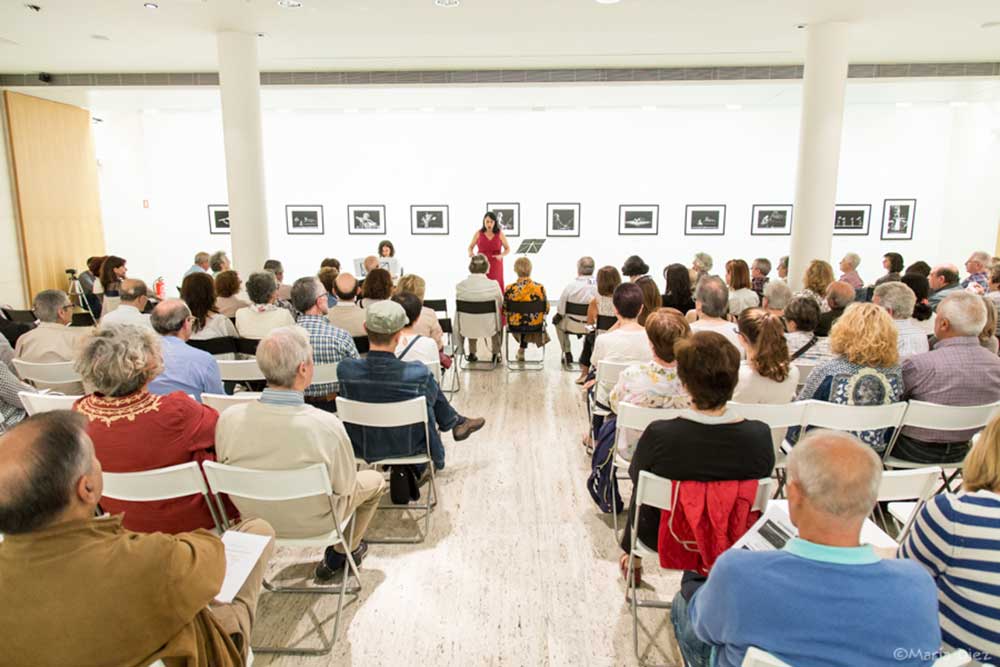