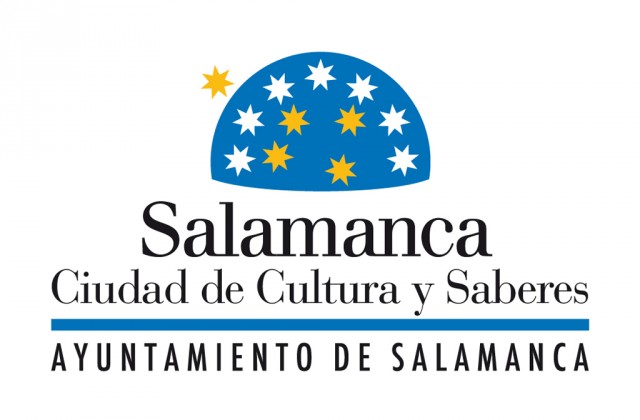 The Fundación Salamanca Ciudad de Cultura y de Saberes is a non-profit institution of a founding legal nature, of an educational and cultural character, created by Salamanca Town Hall.

Its specific goals are that of promotion, completion, production, programming, organisation and execution of cultural, educational, artistic or leisure activities; the organisation and management of the municipal schools of music and dance; the management of the public schools of the first stage of early education (0-3 years); the programming, organisation and execution of the fairs and fiestas of the city; the creation of programmes of lifelong learning and the support to entities and organisms which act, without profit, in said subject; the creation, edition and distribution of publications and educational material as a complement to the activities organised by the Foundation, as well as any other work of cultural, artistic or educational character, among others.

The Fundación Salamanca Ciudad de Cultura y Saberes will feature, as from October, a new season of the Chamber Music and Soloist Series of the Teatro Liceo. The Series achieves its quality offer with a programme of twelve concerts, in which soloists and chamber ensembles of the highest level will be enjoyed.

The opening concert will take place on October 22nd entrusted to Metamorphosen Berlin, a German chamber orchestra conducted by the violoncellist Wolfgan E. Schmidt who will also perform as a soloist in the Concerto for violoncello and orchestra in C major by Haydn. To complete this excellent programme, the pianist Iván Martín will perform the Concert for piano and orchestra in D major by the same composer.

On February 6th the Chamber Orchestra of Munich (Münchener Kammerorchester, MKO) will be heard on the stage of the Liceo, one of the best representatives of the German orchestral scenario. It will be conducted by the extraordinary American violinist Eric Silberger, awarded in the Tchaikovsky competition and that of Michael Hill in 2011. Moreover, Silberger will perform as violin soloist in work of Bach and Piazzolla. On December 10th, it will be the turn of Daniel Röhn, a German violinist with a prodigious technique who has been soloist with conductors like Dudamel or Muti. The pianist Milana Chernyavska will accompany him.

The piano, as is always traditional in the Series and will be extraordinarily represented in the programme of the next season. Besides the already mentioned Iván Martín, another two soloists of this instrument will be counted with. On November 5th, the Croatian pianist Martina Filjak will perform, who started her international career after winning the first prize in the Cleveland International Piano Competition in 2009. The second piano concert will be held on March 11th and entrusted to the known Italian pianist Brenno Ambrosini, a consolidated maestro both in soloist repertoire and in collaboration with chamber ensembles.

Another two of the best representatives of the current Spanish pianism, will participate as members of two string trios. On December 3rd, the Trío VibrArt will perform, integrated by Miguel Colom (violin), Fernando Arias (viola) and Juan Pérez Floristán (piano), and on January 14th, the Trío 442 with Luis Fernando Pérez (piano) Aitzol Iturriagagoitia (violin) and David Apellániz (violoncello).

The vocal concert each year included by the Series will take to the stage of the Liceo María Espada, well known soprano from Extremadura, who has collaborated with the most important musicians in the world in performance with historic criteria. On February 25th, together with the Trifolium Quintet, the Stabat Mater by Boccherini will be performed. Trifolium is specialised in the performance of string music of the 18th century with historical criteria.

The collaboration which the Liceo Series always promotes with consolidated performers from Salamanca continues next season in the concert on April 24th with the pianist Sara Olleros, who will play with the trio together with Abel Tomás, an extraordinary violinist and member of the Cuarteto Casals and the Trio Ludwig, and Angelo Montanaro, one of the most sensitive and attractive clarinettist of the international scenario.

Another member of the Cuarteto Casals, the violoncellist Arnau Tomás will perform on February 18th a concert together with the Brazilian pianist Kennedy Moretti with music by Brahms, Debussy and Beethoven.

The two remaining concerts will take to Salamanca two very different groups, but extremely appealing. The closing concert will be held on May 20th with the Cuarteto Quiroga, one of the best European quartets and its concerts are an extravagance of precision and musicality. Finally, on January 21st, the Sigma Project will perform in the Liceo, a surprising saxophone quartet performing concerts all over Europe and which, with the violinist Cecilia Bercovich will feature a concert to celebrate the one hundredth anniversary of birth of Leonard Bernstein.

The Coro Ciudad de Salamanca was created in September 2014 within the Fundación Salamanca Ciudad de Cultura y Saberes. It has been established as a school for vocal and musical training adapted to different age groups. For this purpose it develops its activity through four groups: the Pre Coro works with children of 5 to 8 years; the Coro de Niños, with ages between 8 and 16; the Coro Juvenil ranges from 14 to 21 years; and Coral Polifónica composed by adults.

It has performed several concerts in the Teatro Liceo, Auditorio de San Blas, Edificio Socio-Cultural de la Obra Social de Caja España-Duero, the Sala de Exposiciones Santo Domingo and the Centro de Artes Escénicas y de la Música. It has collaborated with the Banda Municipal de Música and the Coro ‘Santa Cecilia’ of the Municipal School of Music and Dance in the performance of Carmina Burana by Carl Orff and the Miserere by Manuel José Doyagüe. The managing team of the Coro is composed by the professors Antonio Santos García, Naila Zakour Sabour, Camino Berciano Ramos and Rubén González Martín.

The Joven Orquesta Sinfónica Ciudad de Salamanca has been characterised during its career on being an open educational platform and dedicated to the Salamancan society and representing an essential role in its cultural life.

The origin of the Orchestra goes back to 1997, within the Centro Autorizado de Enseñanzas Musicales ‘Antonio Machado’ of Salamanca. The Joven Orquesta Sinfónica Ciudad de Salamanca acquired its current denomination in 2001 and in 2003 signed a collaboration agreement with the Fundación Salamanca Ciudad de Cultura, becoming its permanent headquarters in the Centro de las Artes Escénicas y de la Música (CAEM), at the same time the Foundation assumes the sponsorship of the Orchestra.

The Orchestra has performed concerts in Castile and Leon, Galicia, Madrid, Valencian Community, Murcia, Extremadura, Portugal, Germany and Salamanca, becoming one of the main cultural ambassadors of the city. It has appeared in the Spanish Television in El Conciertazo, the Festival de Jóvenes Orquestas de Valencia, and the XXVI Festival Internacional de Jóvenes Orquestas de Murcia; it has also participated in lyrical galas, symphonic-choral concerts and opera and has recorded two albums with music by Schubert, Bretón, Gombau Turina and Reyes.

Currently the orchestra has a staff of 90 musicians of ages between 12 and 25 years, coming from Salamanca, its province and another provinces of Castile and Leon. 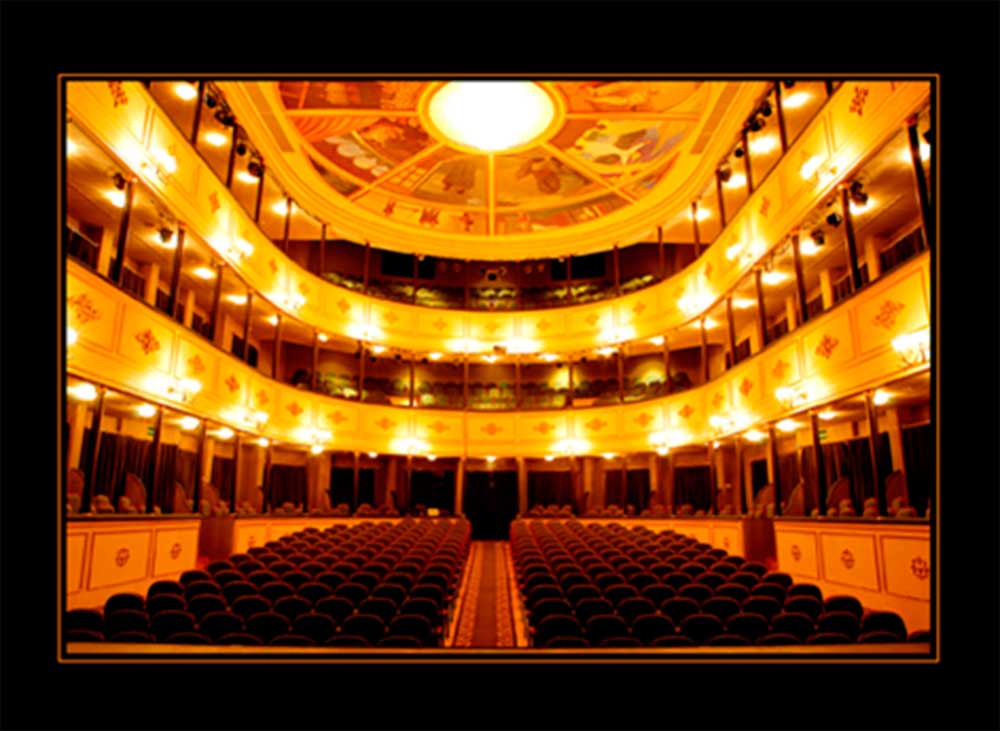 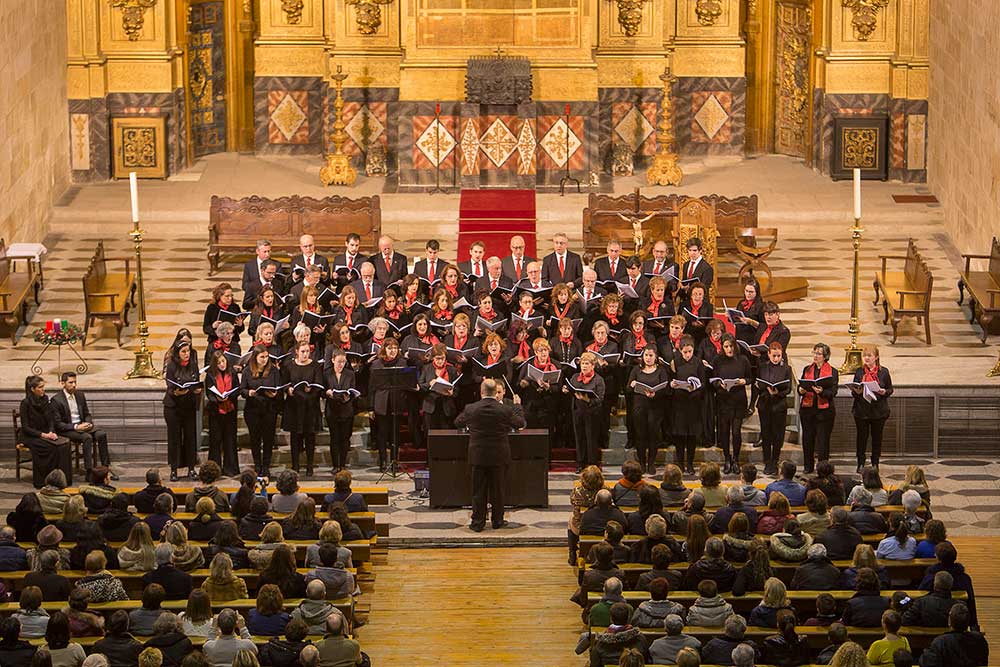