Great names with great voices, meeting demands of all aesthetic sensitivities, bringing opera to society and participating in the international opera community. Three basic pillars for this season of the Liceu, proud to offer a wide range of styles ranging from Baroque music to the most absolute contemporariness with a world premier which will leave no one indifferent: L’enigma di Lea, a new production composed by Benet Casablancas with text by Rafael Argullol, Josep Pons as musical director and the staging of Carme Portacelli. The new co-productions of the Liceu, which take on artistic regeneration and stage streamlining, are completed with another two titles, I puritani by Bellini, for the season opening with a staging of Annilese Miskimmon and the exceptional voices of Javier Camarena and Pretty Yende; and Handel’s Rodelinda with a stage design by Claus Guth and the most exquisite voices, like that of the countertenor, Bejun Mehta.

Ponchielli’s La Gioconda, with a spectacular staging, not only counts with the guarantee of the Liceu’s public, but also represent the longed for debut of Iréne Theorin in an Italian role in the Liceu. Another debut will be that of Ainhoa Arteta as Madama Butterfly in Puccini’s opera, which will also count with the soprano Lianna Haroutounian performing for the first time in the Liceu. Ekaterina Bakanova will also perform for the first time in the Barcelona theatre to take the main role in an intriguing proposal of Les pêcheurs de perles by Bizet, where the stage manager Lotte de Beer joins opera with a touch of a reality show; a production with John Osborn and Dmitry Korchak under the baton of Yves Abel. The season is completed with traditional proposals like L’italiana in Algeri by Rossini, with a classical staging and the presence of great national voices like Simon Orfila, Sara Blanch, Lidia Vinyes-Curtis or Maite Beaumont, among others and also the debut in the Liceu of Varduhi Abrahamyan, conducted by Maestro Riccardo Frizza.

The Liceu principal conductor Josep Pons and the stable artistic staff have great tests this year: Katia Kabanova by Janacek, a Slav repertoire of the 20th century, will be one of the pearls of the season with a proposal of David Alden produced by the ENO, a complete musical challenge for the Orquesta Sinfónica del Liceu under the baton of Pons himself. The Choir will have crowning moments with La Gioconda and I puritani, but also thanks to Candide by Bernstein, programmed in a concert version to celebrate the birth centenary of the great composer.

The great voices, the unavoidable facet of the Liceu follows its course. Some of them have already been mentioned, but we should not forget Diana Damrau and Carlos Álvarez in the concert version of Hamlet conducted by maestro Daniel Oren; Joyce DiDonato with Agrippina, also in concert version; Piotr Beczala and Sondra Radvanovsky, together in Luisa Miller, a production that also supports the debut of Eleonora Buratto in the role of Luisa; and the voices of Liudmyla Monastyrska and Tatiana Serjan in Puccini’s Tosca de Puccini, which returns under the baton of John Fiore.

This season Wagner will have a relevant presence in the symphonic concerts and not only by the composer himself but by the great influence he received and transmitted, lasting until our times. Maestro Pons will share works like Der Ring ohne Worte (The Ring without Words) and in the Pau Casals Memorial concert, the ‘Unfinished’ Symphony No. 8 by Franz Schubert, as well as Das Lied von der Erde (The Song of the Earth) by Mahler. To this proposal, a new project is joined: La Cambra del Liceu, which will start in November to bring to a greater audience the musical essence by means of the universe of Wagner.

Concerts and recitals include the Iraki Naseer Shamma, one of the greatest international lute players who will arrive at the Liceu thanks to the collaboration of the ADMAF, the Festival of Abu Dabi; Le Concert d’Astree, with its conductor Emmanuelle Haim, tackling love according to Handel in the concert Desperate Lovers and the successful Christmas Carol by Charles Dickens. Iréne Theorin and Piotr Beczala will perform a recital and a concert, respectively.

The commitment of the Liceu with dancing continues, both in supporting the excellent company IT Dansa and the three ballets programmed per season. This year the combination of the most traditional formats with the most contemporary ones are taken on. The success of Don Quixote by the Compañía Nacional de Danza arrives under the baton of Oliver Díaz, and Zaguán & Alento by the Ballet Nacional de España joins tradition and future of Spanish dance. The Ballet de la Ópera of Lyon, comes for the first time to the Liceu, with a modern proposal and choreographies of the renowned Jiri Kylián (Bella Figura, Petite Mort and Wings of Wax). 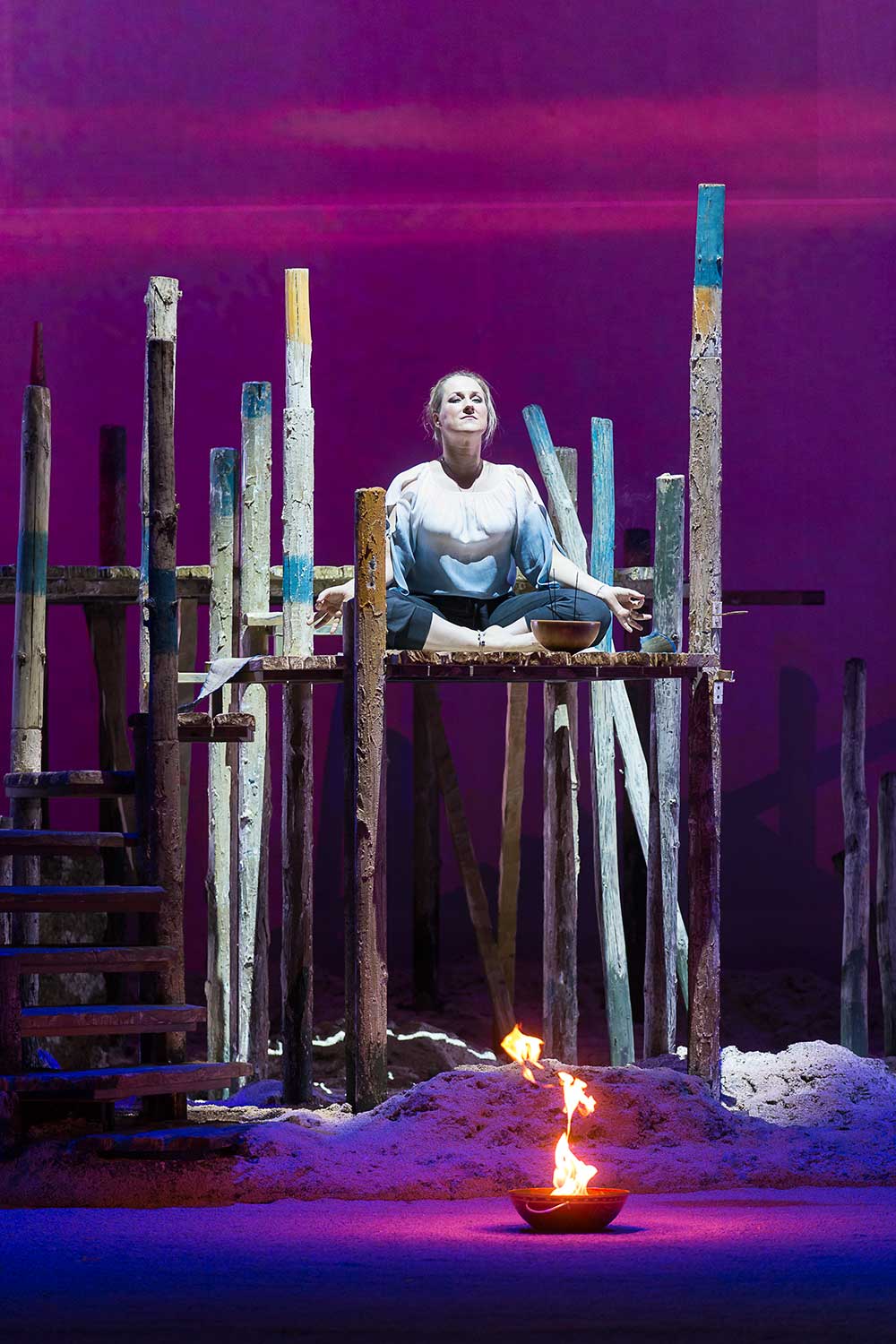 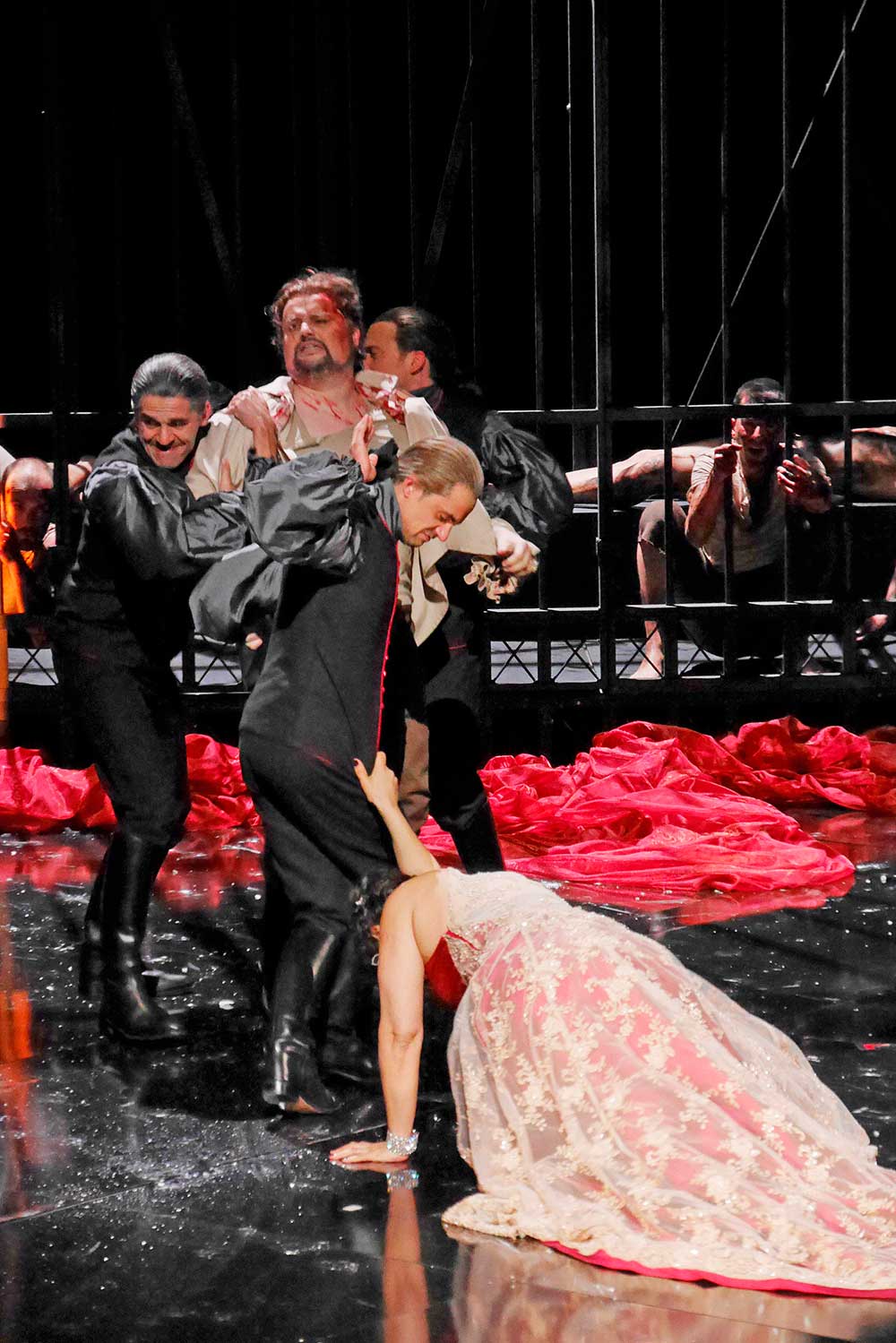