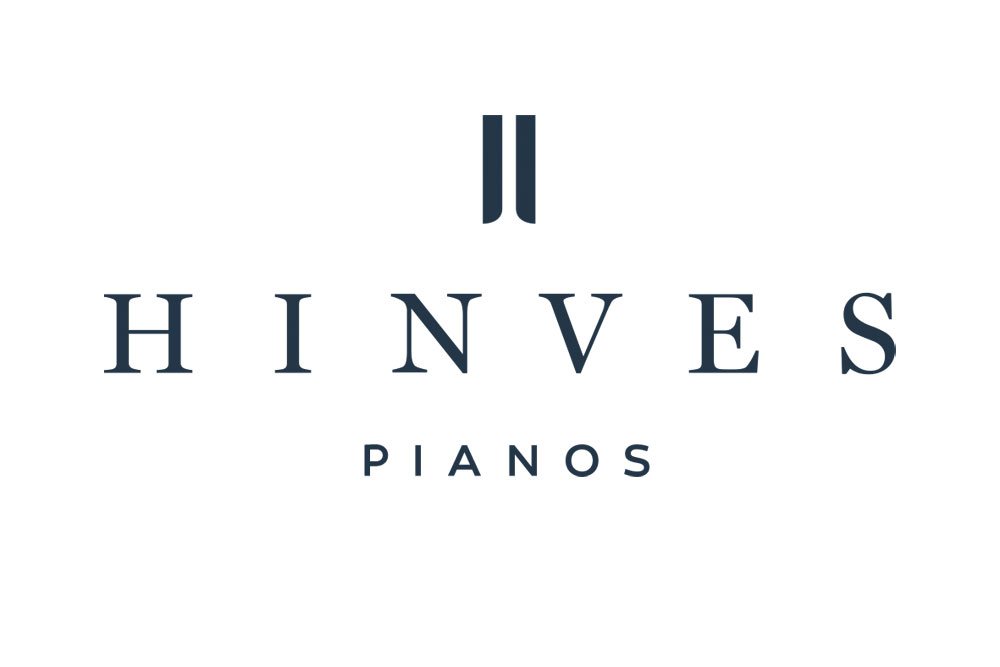 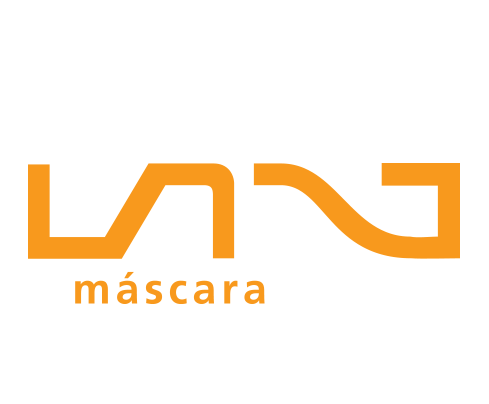 Iberian & Klavier the piano duo, winners of the First Prize at Bradshaw & Buono International Piano Competition in New York 2016, has undoubtedly become, one of the most exclusive piano duos and with greatest international projection today. Acclaimed by critics and public alike, its participation in halls and festivals all over the world have been increasing since its presentation in the Carnegie Hall of New York in June 2015, on the occasion of the 60th anniversary of Spain’s admission to the UNO. The international press described the concert as ‘extraordinary and an explosion of piano contemporaneity’.

In 2018, after the success of its last album, I&K is planning its fourth discographic work. Its agenda will take them to halls like the Rudolfinum Prague, Bozar Brussels, Konzerthaus Berlin, Wiener Konzerthaus Concertgebouw Amsterdam, among others. In 2019-20 I&K will make a tour in America through cities like Chicago, New York, Indianapolis, Waterloo and Toronto in Canada, as well as the presentation of the duo in Asia.

Very committed to the dissemination of Spanish, Latin American and contemporary music, with more than twelve world premieres, its wide and very versatile repertoire includes from Bach to music of today. Likewise, its collaborations with other artists and arts like dance are frequent.

The duo loves challenges, like the presentation of the complete symphonies of Beethoven in three consecutive days (a project already presented in different Spanish cities) or a Schubert monograph, Schubertiada, in three concerts.

Iberian & Klavier has completed recordings for TVE and RNE, Radio France and Radio Austria. 2014 saw the light of its first album, Café 1930. In 2016, and already with its own record label, ibemusik, I&K launched Bon Voyage, an album paying homage to Granados with music by Bach, Mozart, Schubert and the composer himself. In 2017 it recorded its new CD-DVD dedicated to the recovery of the unpublished work for piano for four hands of the composer Francisco Alonso.

I&K has offered recitals in Italy and in numerous Spanish cities, besides concerts with orchestras in Germany and Spain. Among its most recent ones, worthy of mention are those in the Alhambra de Granada, Auditorio Alfredo Kraus in Las Palmas, Fundación Juan March de Madrid, Auditorio Nacional de Música, Festival de Tres Cantos, Spanish Music Festival in Cadiz, besides performances with the orchestras of RTVE, Córdoba and Valencia.

Laura Sierra is an international piano concert and director of the Musical Training Centre ‘L’Atelier de Musique’ in Madrid. Sierra has consolidated herself as one of the most outstanding and talented young pianists of her generation. She enjoys a broad international track record and has performed as soloist and performer in the most famous concert halls and festivals in the world.

Laura Sierra develops an important work in the dissemination of Spanish music of the 20th and 21st centuries with more than seventeen world premieres completed. In 2015 she recorded the work De los amores en Don Quijote by Beatriz Arzamendi in a record project of the UAM, De la dulce mi enemiga. Mujeres cervantinas with the label Columna Música.

Manuel Tévar is a pianist, composer and conductor, Premio de la Real Academia de Bellas Artes, Premio Fundación Guerrero, Premi Fundació Amics el Liceu, among others. His talent, work and performances are internationally renowned, being one of the most complete and recognised Spanish musicians. He has conducted different international orchestras like the Luxembourg Chamber Orchestra or the United Nations Orchestra and is the artistic director of the Atlántida Symphony Orchestra. He has a catalogue of 48 works, many of them have been released and performed in United States, Europe, Asia and Spain. He currently directs together with his wife Laura Sierra, the Curso Internacional de Música Ciudad de Segovia. He is a full professor in the Professional Conservatory of Music ‘Teresa Berganza’ of Madrid.

‘What I admire about the duo is its extraordinary, compact and clean sound, the capacity to qualifying the slightest details and the exquisite work with tempo’

‘The quality of its music, with performances both warm, passionate and neat at a technical level, has transformed it in a reference for the world academic scenario’

‘The concert for two pianos given by the duo Iberian & Klavier, in Nueva York, last Thursday, was welcomed with a great deal of enthusiasm by one of the most expert and demanding audiences in the world’

Yesterday, the piano duo fascinated an audience that filled the Auditorio de León’

‘Impeccable technique and captivating expression. A meticulous and virtuosistic pianism, an extraordinary grace in the sound and a unique transparency in the phrasing’

‘…after the last beats of the ‘allegretto’, the audience did not know whether to clap or cry’ 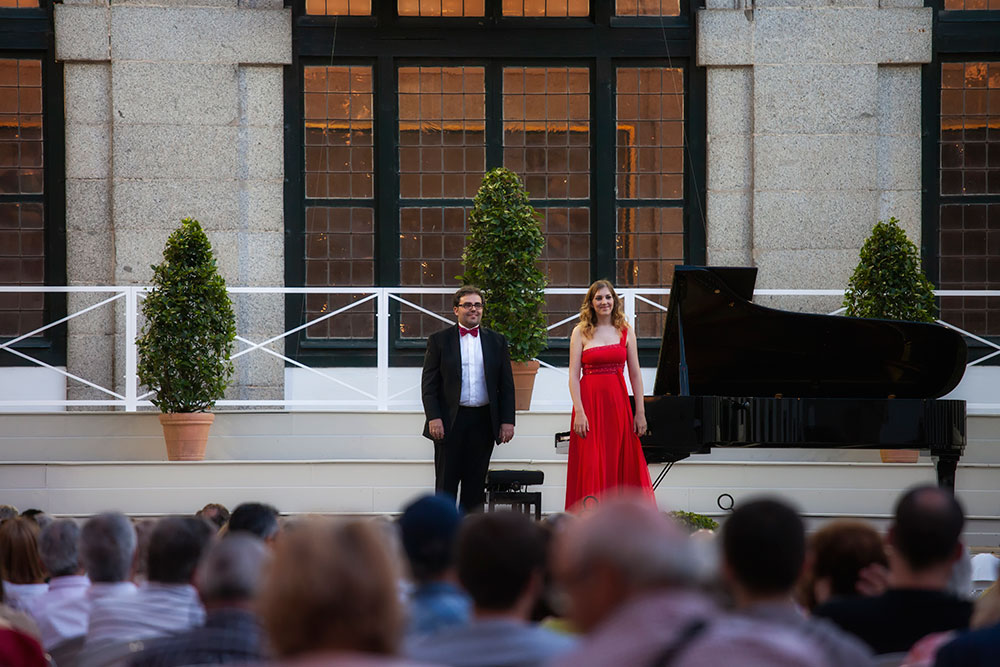 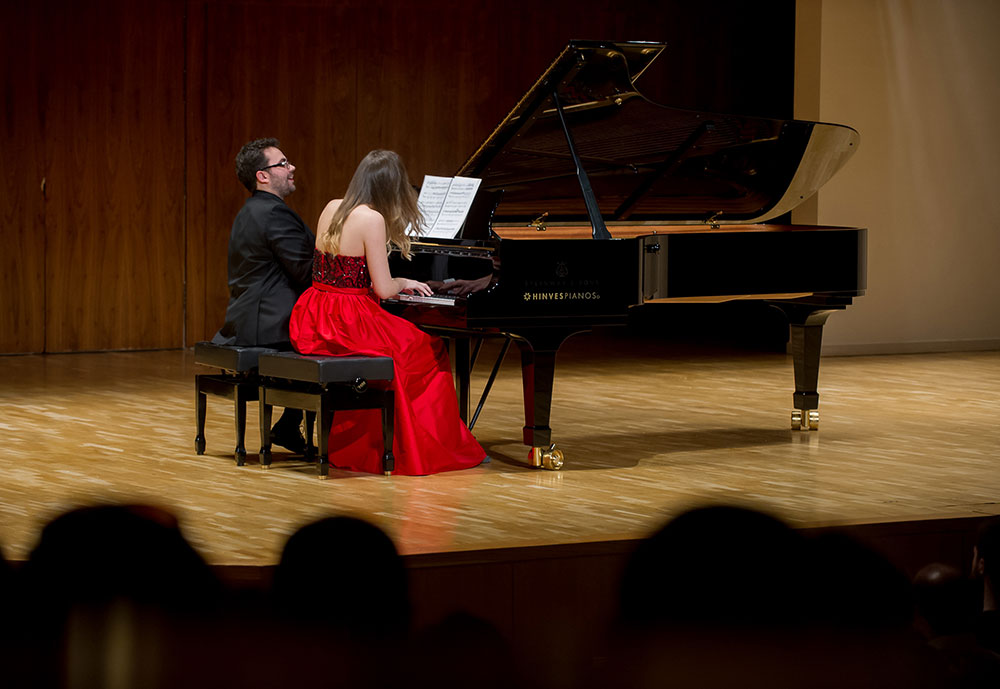