The Orquesta Metropolitana de Madrid and the Coro Talía are the two main musical units of the Grupo Concertante Talía (GCT), a non-profit institution founded by Silvia Sanz Torre in 1996, whose goal is the dissemination of music, musical education and orchestral and choral training. The creation in 2011 of the Orquesta Metropolitana de Madrid has promoted the growth of this project which includes, besides multiple educational and artistic activities, a concert season in the Auditorio Nacional de Música de Madrid.

The Orquesta Metropolitana de Madrid and the Coro Talía will feature their 8th season in the Symphonic Hall of the Auditorio Nacional with four subscription concerts. The first of them (Saturday, 13/10/2018) combines two very popular works: The Sorcerer’s Apprentice by Dukas, and Carmina Burana by Orff. The second subscription concert (Friday, 28/12/2018) is Singing Musicals, with great hits of the musical theatre and cinema. Different perception of fate by means of music, will play the main role of the third concert (9/3/2019) with The Song of Destiny by Brahms or Symphony No. 5 by Beethoven. The fourth subscription concert (18/5/2019), about fantastic stories and landscapes, includes a hardly performed great choral work, The Black Night by Elgar, and the symphonic poem Pini di Roma by Respighi. Among extraordinary concerts beyond subscription, a new edition of the family concert Música y juguetes (Music and toys) (Saturday 2/2/2019) is foreseen and a concert in the Chamber Hall (1/6/2019) with Symphony No. 40 by Mozart and the release of Concierto indálico para acordeón, a work inspired on the landscapes of Almeria composed by Alejandro Vivas for the young accordion player Marta Cubas Hondal, winner of the 15th Competition of Performance ‘Intercentros Melómano’.

Its debut took place in May 2011 in the Auditorio Nacional de Música with Ein deutsches Requiem (Brahms). The orchestra specially stands out for its versatility. Its musicians are open to novel experiences and moreover, of great works of classical music, tackling genres like swing, soul, symphonic pop and rock, musicals and soundtracks of cinema or videogames (Playphonia). It normally participates, whether in its symphonic or chamber formation in entrepreneurial or institutional events: Annual Christmas Concert of the Grupo SIA; presentation of the videogame Pacific of GameLearn (Museo Reina Sofía); Christmas Concert of the Fundación de la Guardia Civil (Teatro Monumental), concerts for the Fundación Padre Arrupe… For the family public, it has performed El concierto de los juguetes (Toy Concert), performed for three consecutive years (2011-2013) in the Auditorio Nacional, a project of the Agencia China Madrid for Toys’R’Us which received prestigious publicity awards. In 2018, it has once again combined classical instruments and toys with the concert Música y juguetes (Music and toys). In its discography there are works like Ein deutsches Requiem (Brahms), Symphony No. 9 “Choral” (Beethoven), In the mood, Noche de soul, Talía in concert: movies & soul y Singing Europe, all of them recorded live in the Auditorio Nacional, besides the audio-book En busca de la llama perdida (In search of the lost flame), work by the composer Alejandro Vivas edited in 2016 and performed for the first time in the Auditorio Nacional that same year.

Silvia Sanz Torre, principal conductor of the GCT and its musical groups, has conducted more than 150 concerts in the Auditorio Nacional de Música de Madrid and numerous orchestras and choirs of different countries of Europe, America, Africa and Asia. She studied orchestral conducting with Enrique García Asensio and later on with maestros like Helmuth Rilling and Aldo Cecatto. During the 1993-1994 season, she was the assistant conductor in the Orquesta y Coro Nacionales de España. Her involvement in the creation of young orchestras and in orchestra education includes the collaboration with other countries. She has conducted the Orquesta Sinfónica Juvenil de El Salvador and the result of this collaboration is the distinction granted her by the Parliament of said country by her ‘example of participation of women in spaces which contribute to eradicate inequality in the whole world’. She has travelled on three occasion to Ethiopia to implement and conduct the orchestra Yared School of Music, the only school of music of this country offering in each one of these visits a concert in front of 1300 people in the National Theatre of Addis Ababa. Besides, her discography at the front of the Orquesta Metropolitana and Coro Talía, she has recorded the album Una Kasida by Conrado del Campo with the Orquesta RTVE (2011), and has collaborated in the recording of two soundtracks composed by Alejandro Vivas: La conjura de El Escorial (2008) and El jugador de Ajedrez (2017), the later awarded in different international festivals of cinema. She regularly participates in juries of music competitions and in round tables or conferences on musical education, orchestral conducting or the role of women in music. In 2017, she was selected as one of the TOP 100 Female Leaders in Spain, an initiative to promote the presence of women in all fields and awarded in the VII Premios Solidarios a la Igualdad MDE 2017, granted by Mujeres para el Diálogo y la Educación, in the category of ‘Women who change the world’.

With 22 years of history, the Grupo Concertante Talía (GCT), declared as an Organisation of Public Interest by Madrid Town Hall, has among its goals, that children and young people may continue to extend their musical education and the professionals already trained count with the complement necessary to develop their musical vocation. To fulfil this mission, it counts with different musical formations: Orquesta Metropolitana de Madrid and Coro Talía, with the season in the Auditorio Nacional; and Madrid Youth Orchestra (MAYO) and Orquesta Infantil Jonsui, both part of its orchestral educational programme. The GCT organises specialised courses like the Encuentro Orquestal Sinfónico (EOS) for children and youths which annually takes place in Alba de Tormes, and give music courses to about 2000 students in different centres of Madrid. It collaborates with the Prize ‘Intercentros Melómano’ with the participation of the winners in their concerts and maintains a twinning agreement with the Orquesta Sinfónica Juvenil de El Salvador and the Asociación Pro-Arte of this country to encourage the exchange of teachers and musicians. 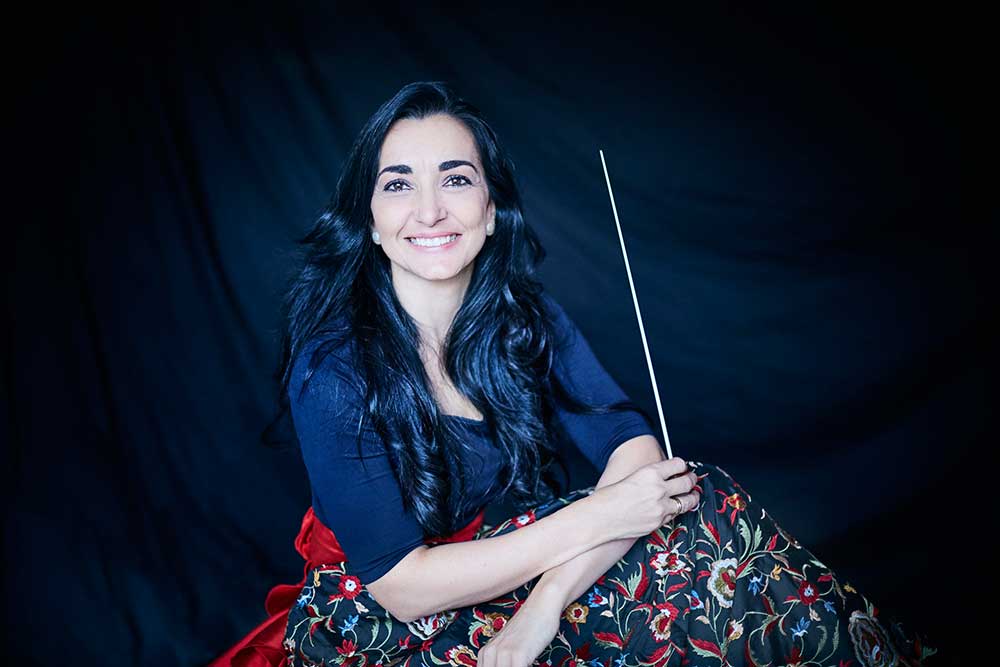 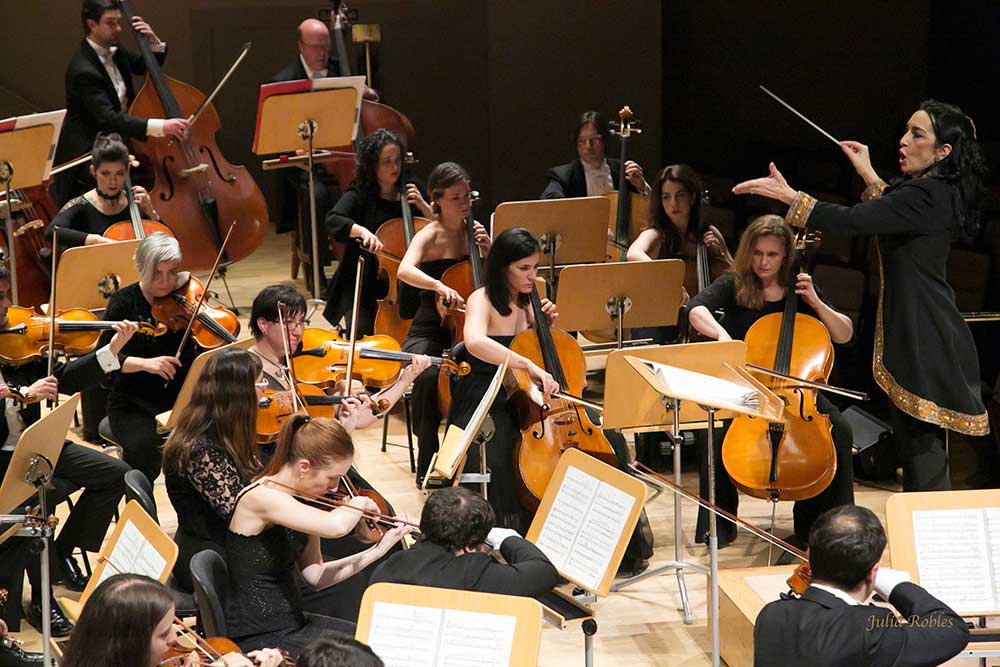 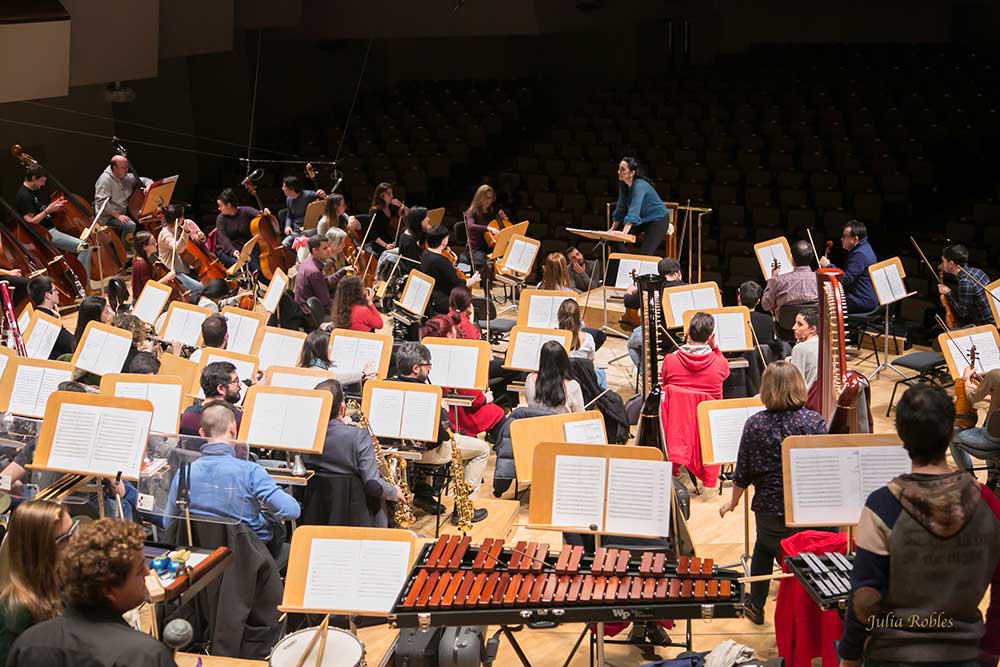 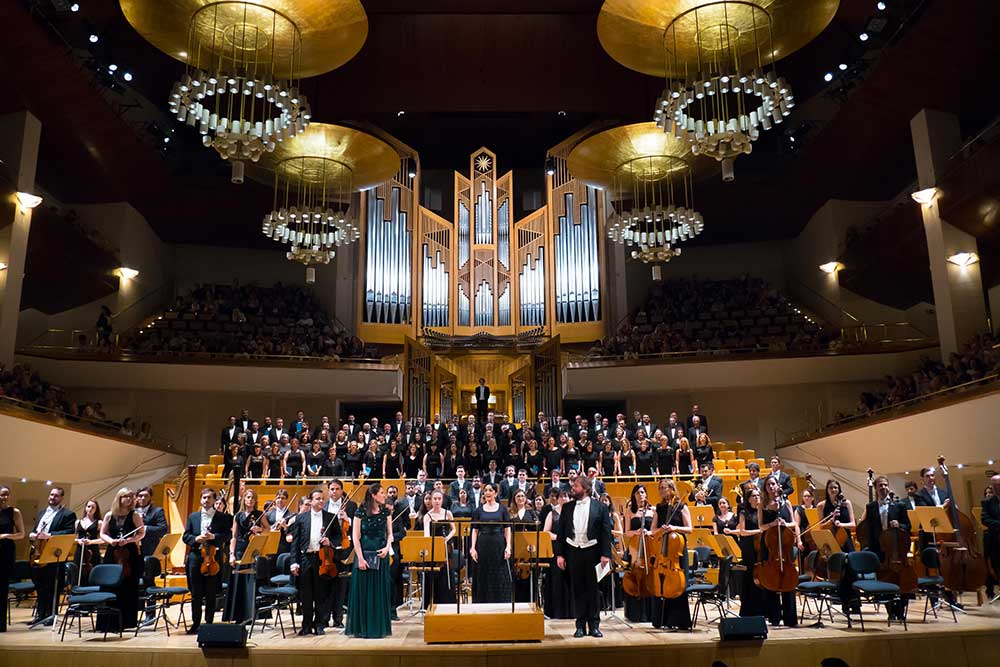 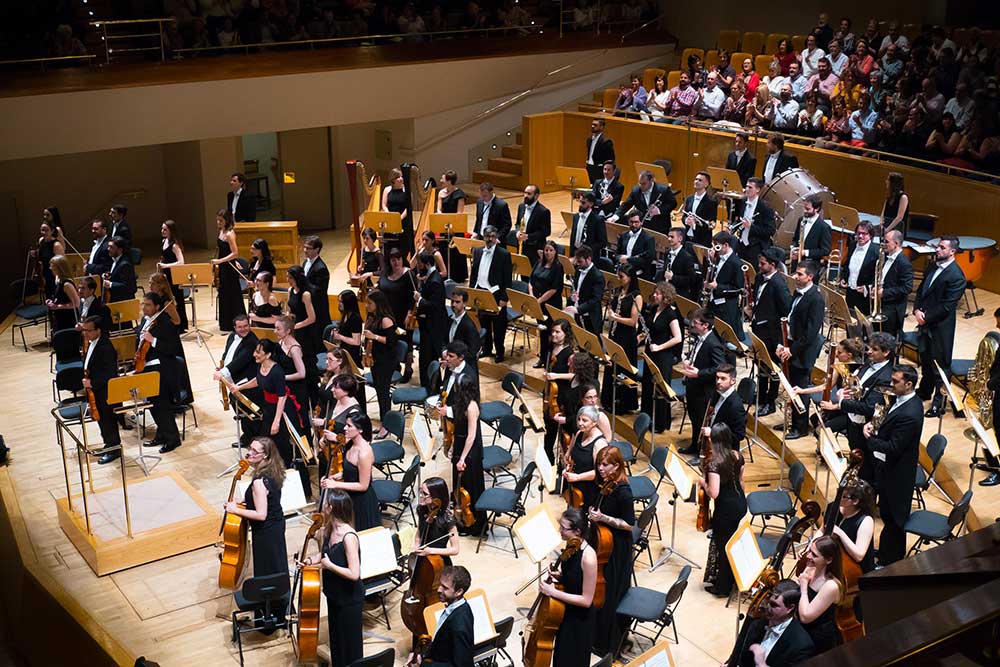 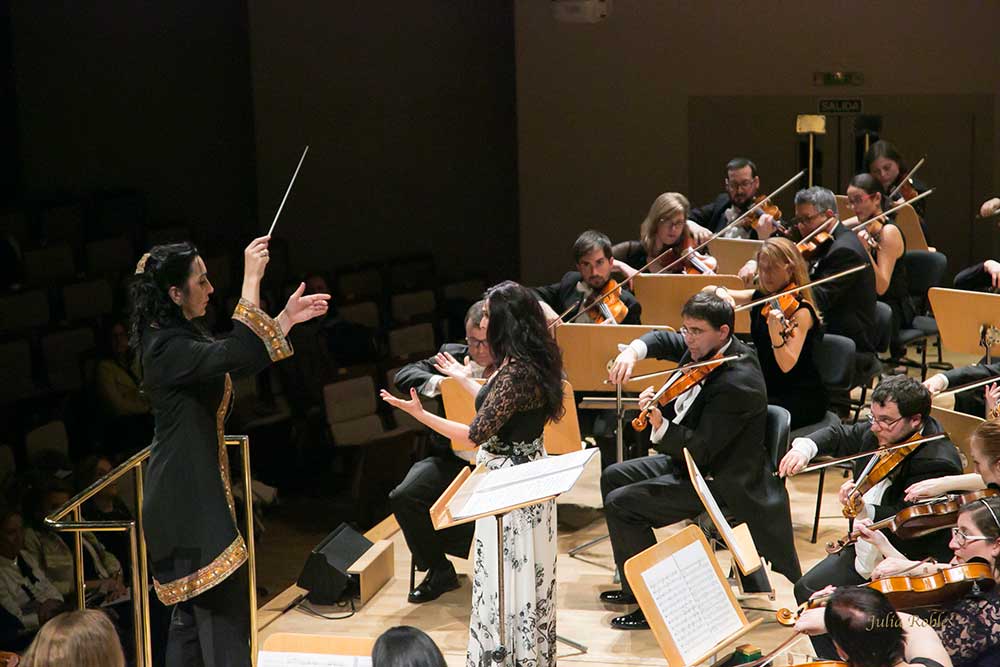 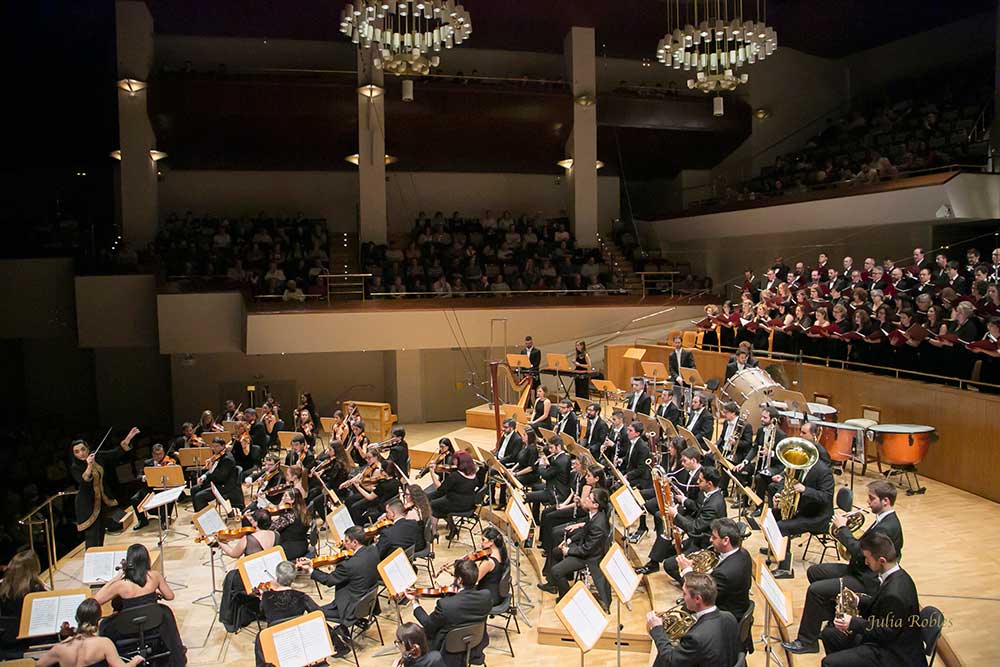 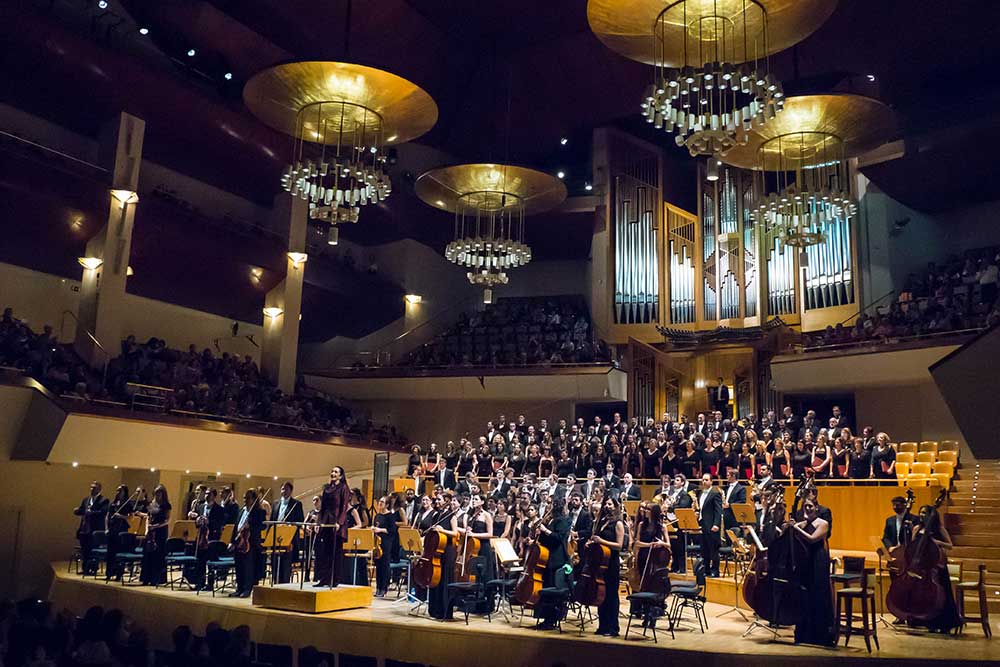 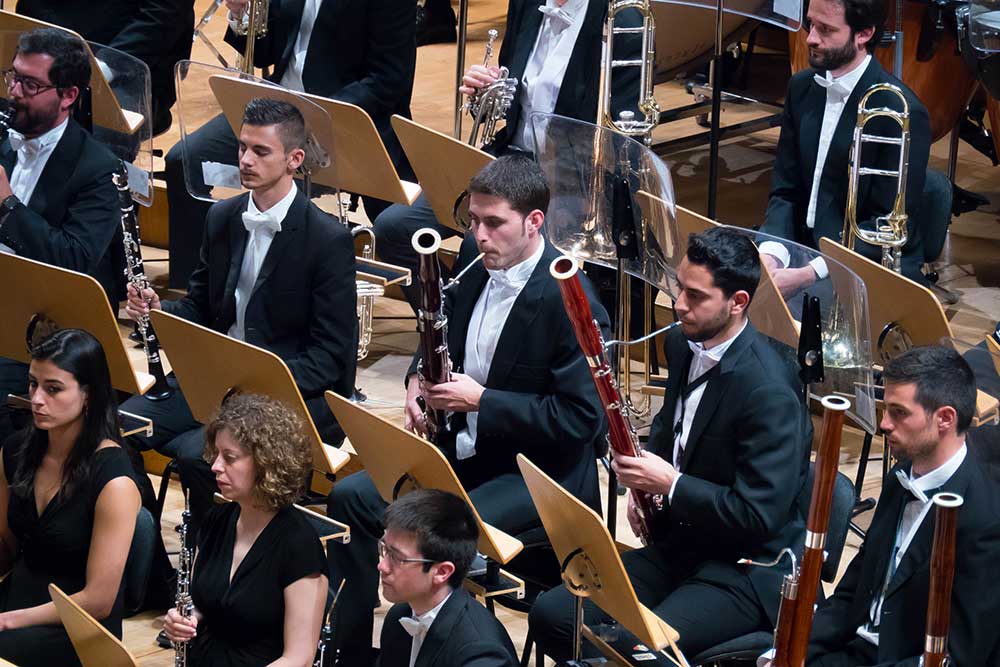 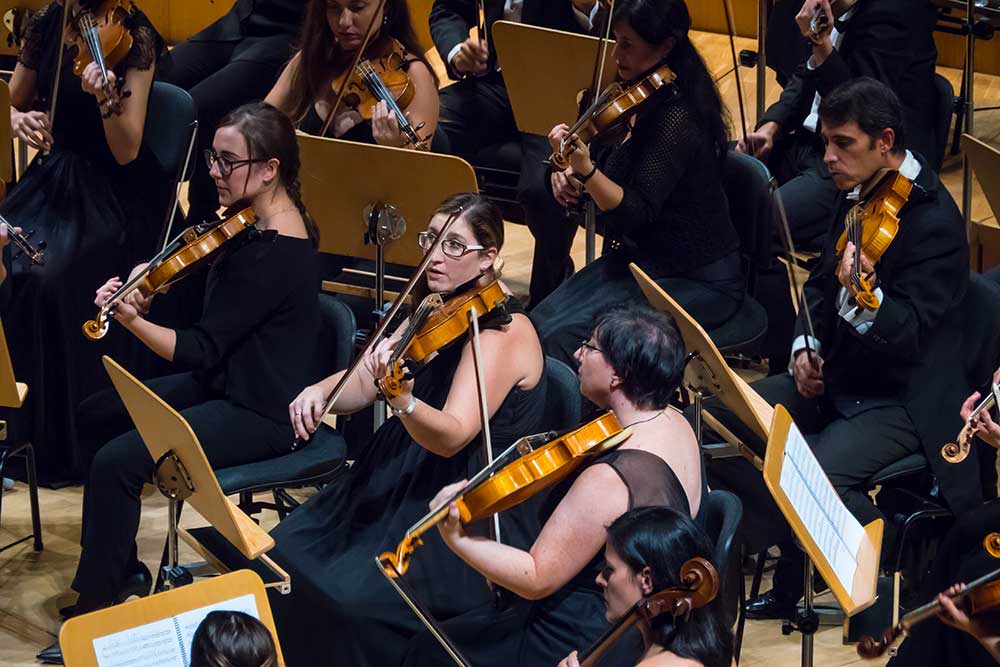