The Orquesta Sinfónica de la UCAM was born in October 2009 under the baton of Nicolás Gálvez, as a result of the musical ambition and enthusiasm of more than 80 instrument performers, all of them qualified professionals and trained in the higher conservatories of Murcia, Alicante and Valencia, searching for experience to enter the labour market, professionalising this orchestra.

The Orchestra made its debut before the public on October 11th 2009 with a programme integrated by works of Mozart and Beethoven conducted by Nicolás Gálvez. Since then, the concerts offered by this orchestra have been many, worthy of mention the tour through Italy which took place in 2010 in the cities of Torre in Pietro-Fiumicino (Rome), Merano (Bolzano) and Brugnato (La Spezia-Liguria) with a programme in which Spanish and Murcian music prevailed, achieving great success from the critics and public alike.

The Orchestra is under the sponsorship of the Catholic University of Murcia since 2013, giving it a fully cooperative character with a vocation of service to the more needy, annually undertaking a tour of solidarity concerts.

It has made recordings for RTVE (I need Spain) and the cinema (La montaña rusa, Awesome and Alfred & Anna), by the composer Roque Baños.

In August 2014 it performed Love Witch by Manuel de Falla together with the singer Estrella Morente, within the Festival Internacional del Cante de las Minas de La Unión, making, in the following season, a national tour with her.

Its participation in the Gala de Reyes in the Auditorio Nacional de Música is already a tradition, under the baton of Borja Quintas. In the last three Lyric Galas, it has obtained great artistic and public success with an auditorium where the ‘sold out’ sign was hung up many days before the performance.

In March 2016, it performed in the Auditorio de Murcia the sacred drama Jesus of Nazareth, an unfinished work of the composer from Jumilla, Julián Santos and finished by the also Murcian composer Roque Baños, who also conducted the work.

In the 2017 season, it made a tour with the soprano Ainhoa Arteta with a monographic programme dedicated to zarzuela.

Last season, it organised a series of charity concerts for the benefit of FEDER with the soprano Cristina Toledo in a programme dedicated to bel canto and performing for the first time in Spain the complete version of the Requiem by Karl Jenkins, under the baton of Borja Quintas.

The Orchestra maintains a network of school orchestras with more than 300 children, a project led by Ángel Carrillo.

The Orquesta Sinfónica de la UCAM has decided on last seasons for the creation of new shows. It tries to sweeten the classical repertoire with the dramatisation of some classical works, for example, in 2020, ‘Beethoven Year’, it will perform for the first time El sonido del Silencio, a dramatised biography of Beethoven created by Eugenio Santos with a cast including Juan Echanove, José Sacristán and Cristina Toledo, among others, and stage management of Diego Carvajal.

Next season will begin in the Palau de Valencia with IN MEMORIAM, in memory of the late conductor Gaspar Sanchis, with a programme prepared by him some months before dying, and the Stabat Mater by Pergolesi with Cristina Toledo and Robert Expert, Los Poemas de Amor by Albéniz, to which Ramón Langa put his voice, Las siete canciones populares españolas by Falla, with the voice of the mezzo Cristina Faus and Love Witch by Falla with Joana Jiménez as Candelas, all conducted by Pilar Vañó.

In December, Caribbean Pirates will arrive with music by Klaus Badelt, in Murcia, Alicante and Teulada, under the baton of Salvador Pérez. The Christmas Concert will be held in the Cathedral of Murcia with the Coral Discantus and Joana Jiménez, accompanied by their flamenco musicians and the Orchestra conducted by Borja Quintas.

The year will begin on January 4th in the Auditorio Nacional with the Charity Lyric Gala of the Three Kings, organised by the Fundación Sinfolírica and Radio Sol. They will continue on January 23rd in Murcia in the Auditorio Víctor Villegas with a symphonic programme dedicated to music written by Murcian composers with the premiere Concierto para piano y orquesta by Ginés Martínez-Vera with Pedro Valero as soloist, Obertura orquestal by Salvador Martínez, Suite Elegíaca by Julián Santos, Suite de Alatriste and En el Corazón del Mar by Roque Baños, with the voices of Paloma Friedhoff and the Coral Discantus, conducted by Ginés Martínez-Vera.

In February, the flamenco opera Farruca by Julián Santos will be released with the libretto of Camilo Valenzuela, including Joana Jiménez, Manuel Lombo, Carmen Abad, Verónica Rojas, Sara Lezana, Juanma Cifuentes, Rafael Andújar, the Ballet de Ángel Manarre, the Coral Discantus and a great number of actor and actresses who make a luxury cast directed by Diego Carvajal for the stage and Borja Quintas, conducting.

March will start with the revival of the show Harry Potter with Salvador Pérez as conductor in the Auditorio Víctor Villegas de Murcia and the Auditorio de la Diputación de Alicante-ADDA.

In April, the season will be closed with the Requiem by John Rutter in the Monasterio de los Jerónimos, with Paloma Friedhoff and the Coral Discantus conducted by Borja Quintas. 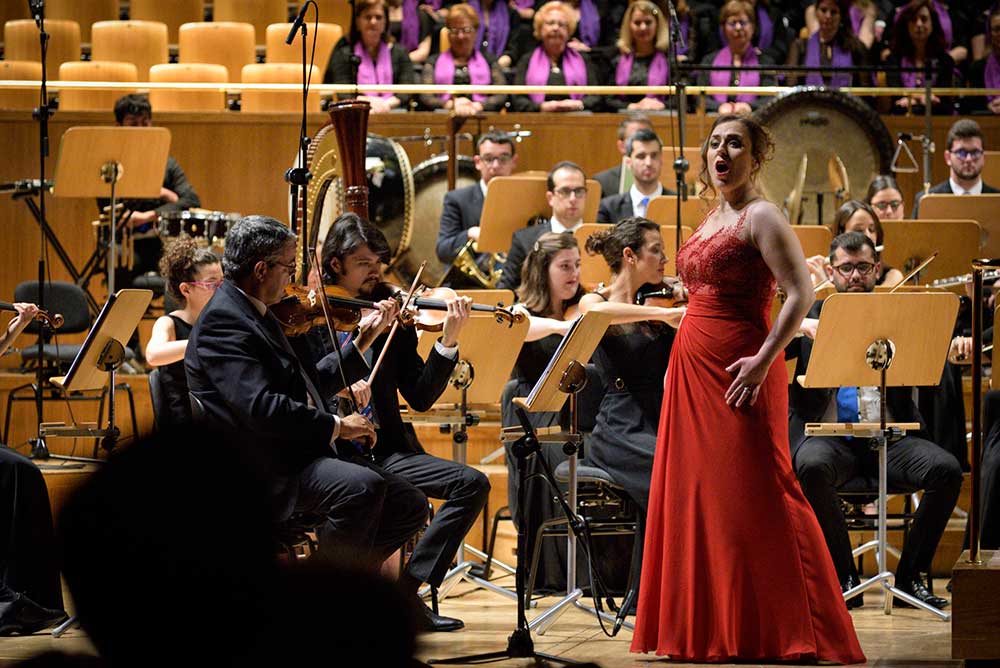 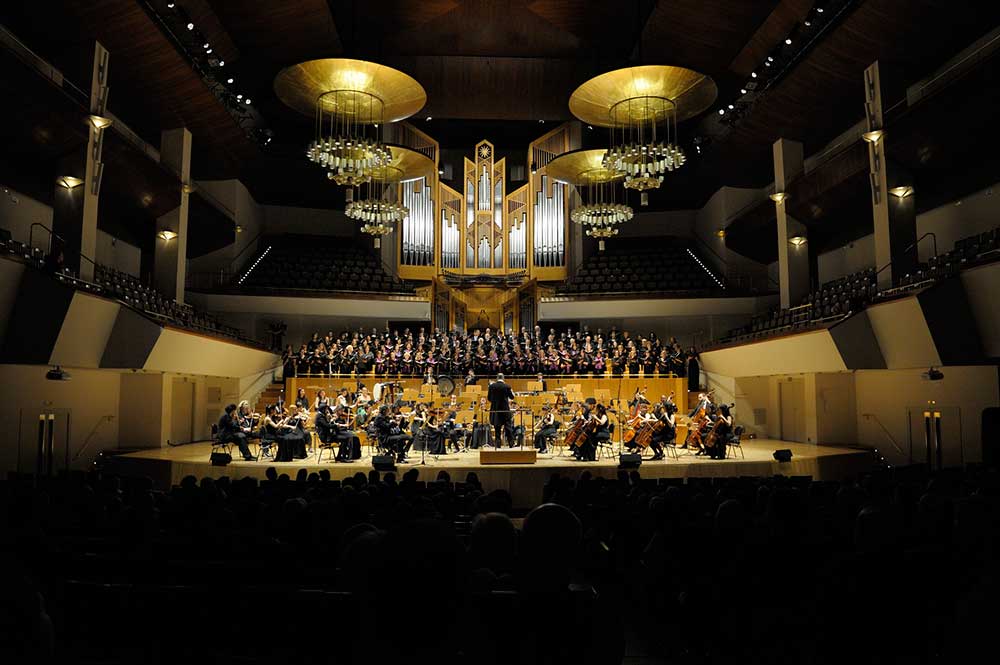