The Teatro de la Maestranza again features a new season focussed, on this occasion, on a wide range of proposals combining classical works of the repertoire looking to a more up-to-date creation. The 2018-19 season, which strengthens its offer in the opera and dance series, tries to search for new audiences and the diversification of the cultural offer.

The opera season starts on October 26th and 29th and November 1st and 4th with Lucia di Lammermoor by Gaetano Donizetti, a pinnacle work of bel canto, which in its romantic and tragic story includes the famous ‘madness scene’, of impressive drama and vocal virtuosism. It is a production of the Deutsche Oper Berlin counting with the musical direction of Renato Balsadonna and a cast headed by the soprano from Seville Leonor Bonilla and the tenor from Barcelona José Bros.

On October 31st, Tomás Marco features Tenorio, in concert version, a chamber opera about the myth of the character based on —although not only— the text by Zorrilla. Manuel Busto conducts the Tenorio Ensemble Orchestra with Alfredo García and Nuria García-Arrés in the cast, among others.

On November 30th and December 2nd and 4th, a thrilling double programme is to be performed: Der Diktator by Ernst Krenek released in Spain with a new production of the Maestranza, led by one of the most interesting emerging stage managers of the scenario, Rafael Rodríguez Villalobos from Seville. The second work, The Emperor of Atlantis by Viktor Ullmann, composed in 1943 in the concentration camp of Terezin, portraying a despicable tyrant beneath which Hitler’s shadow hides. Pedro Halffter conducts this double programme to the ROSS with Martin Gantner, Nicola Beller Carbone and Natalia Labourdette.

Il Trovatore by Giuseppe Verdi, a vibrant opera with demanding vocal features joining action, drama and singing in the purest state in a work which, as from a theatre work of Antonio García Gutiérrez from Cadiz, enjoys since its release in 1853 a complete success. On March, 20th, 23rd, 26th and 29th the Maestranza welcomes a production of the Teatro Verdi de Trieste, Pedro Halffter conducts a great cast integrated by Angela Meade, Piero Pretti and Dmitry Lavrov, among others, together with the ROSS and the Choir of the A. A. del Teatro de la Maestranza.

On October 13th, in a coproduction with the Early Music Festival of Seville (FeMÀS) and with the collaboration of the Centro Nacional de Difusión Musical (CNDM), the Teatro de la Maestranza will feature in concert version the oratorio Israel in Egypt by G. F. Handel, one of the most beautiful works of its author, performed by The Sixteen Orquesta y Coro conducted by a great specialist in Handel: Harry Christophers.

The opera season finishes on June 5th, 8th, 11th and 14th with Andrea Chénier by Umberto Giordano, belonging to the verism which renewed the Italian bel canto at the doors of the 20th century, showing a beautiful score for the tenor to be distinguished embodying the executed French poet. In a production of the Festival Castell de Peralada and the ABAO de Bilbao and which will count with the baton of Pedro Halffter leading a cast in which particularly outstanding are Ainhoa Arteta, Alfred Kim and Juan Jesús Rodríguez.

Furthermore, William Tell by G. Rossini, adapted by the Company La Baldufa, is a daring setting of fresh and enjoyable farce designed for the public as from 6 years old, produced by the Gran Teatre del Liceu with six morning performances for school children and an evening one for the family.

The lyrical season will be completed with two magnificent recitals: on January 19th, a meeting of high voltage Baroque, the Argentinean soprano Veronica Cangemi and the Spanish countertenor Carlos Mena, two famous voices of the Baroque Universe, accompanied by the Orquesta Barroca de Sevilla conducted by Andoni Mercero, facing works by Vivaldi and Handel in a recital whose title is A Beautiful Ray of Hope, promising an enjoyable evening.

On March 2nd, the Mexican tenor Ramón Vargas, a regular guest of the great opera houses of the world —Scala, Met, Paris, Vienna…— where, thanks to his timbre of great beauty and his solid school of singing is being reclaimed to perform any of his more than fifty main roles in a repertoire including from Mozart to Puccini. He performs for the first time in the Maestranza accompanied by the Russian pianist Mzia Bachtouridze, to offer a recital, probably unique and which will remain in the memory of the enthusiast of this genre.

Considered to be ‘the last great zarzuela of history’, is released coinciding with the outbreak of the Civil War which finished with the last signs of our national lyrical flourishment, La tabernera del puerto by Sorozábal which told a story of contraband and love in a sea port which continues being performed today thanks to its impressionist atmosphere. This production of the Teatro de la Zarzuela, which assumes the return of the zarzuela to the Maestranza, counts with the stage direction of Mario Gas, musical direction of Oliver Díaz and a marvellous cast with María José Moreno, Antonio Gandía, Ángel Ódena and Vicky Peña, among others to be performed on February, 7th, 9th and 10th.

The rest of the programme

As a novelty, the series of Chamber Choirs with two meetings, one with the female choir and another with the female choir; and the series of Degenerated Music that, starting with the label given by the Nazis to vanguard creators, propose a varied repertoire performed in two meetings by the flute player Juan Ronda and the pianist Auxiliadora Gil and Pedro Halffter and Óscar Martín, both at the piano. 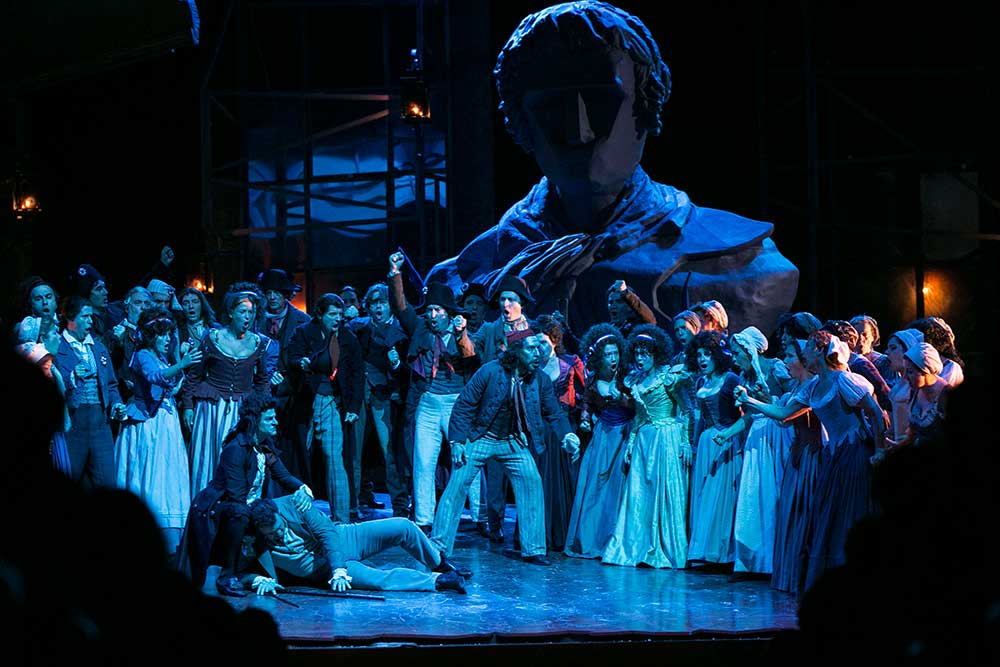 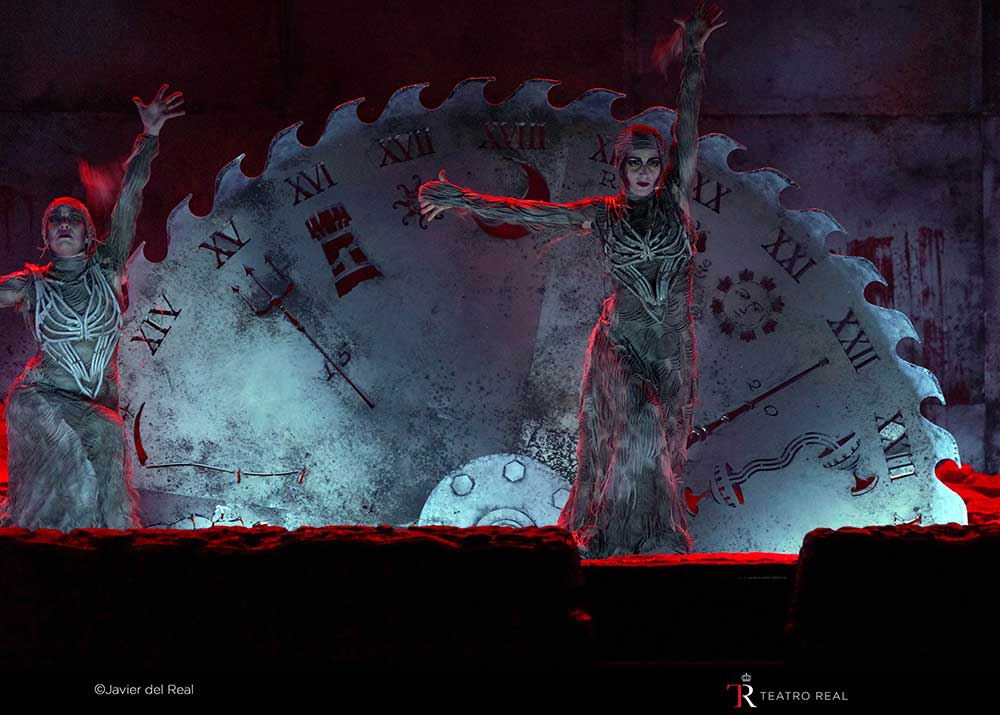 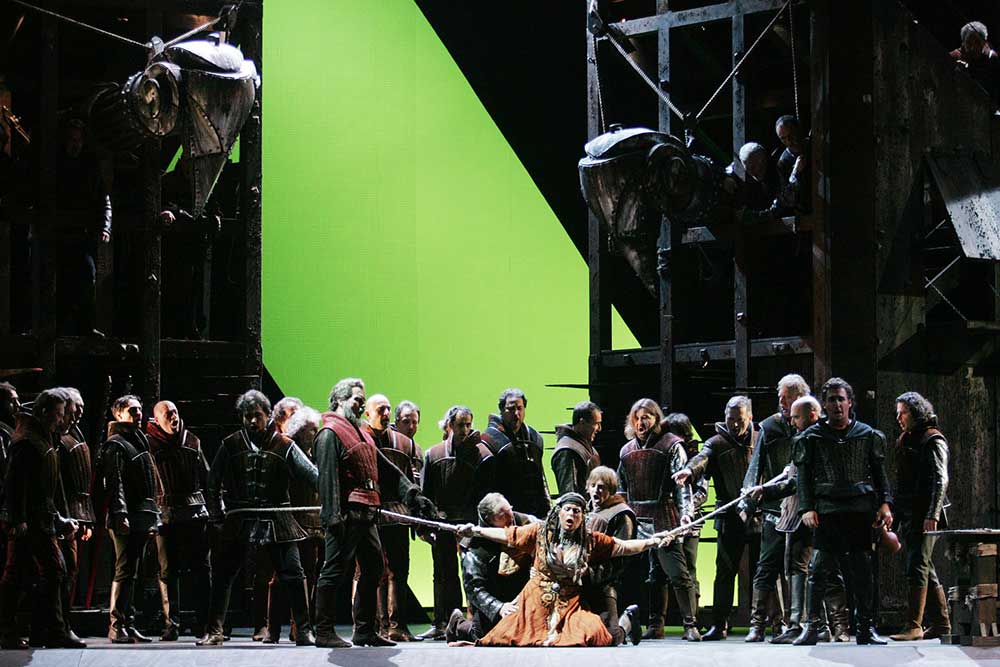 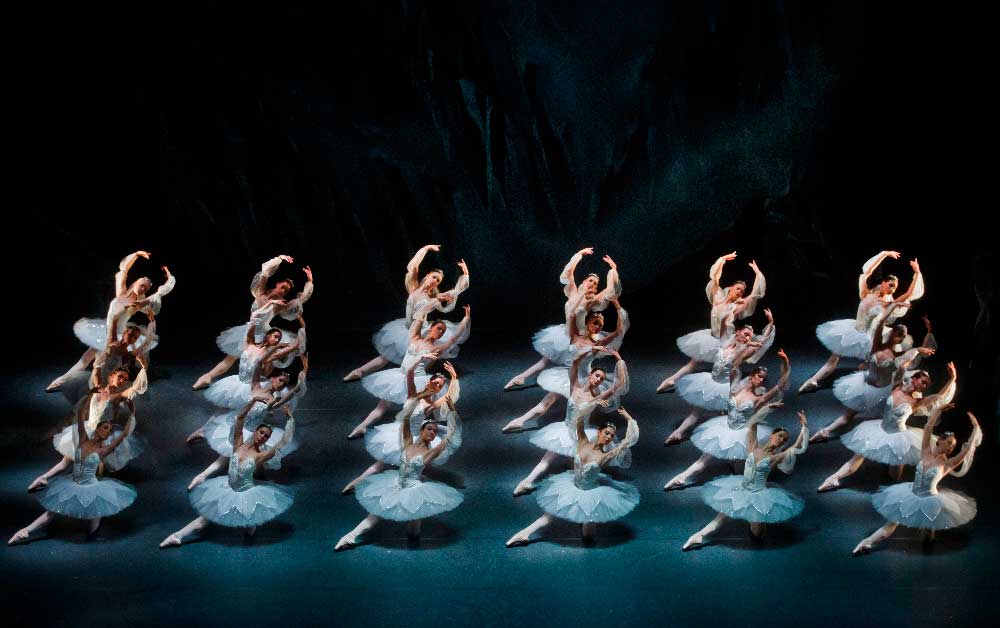 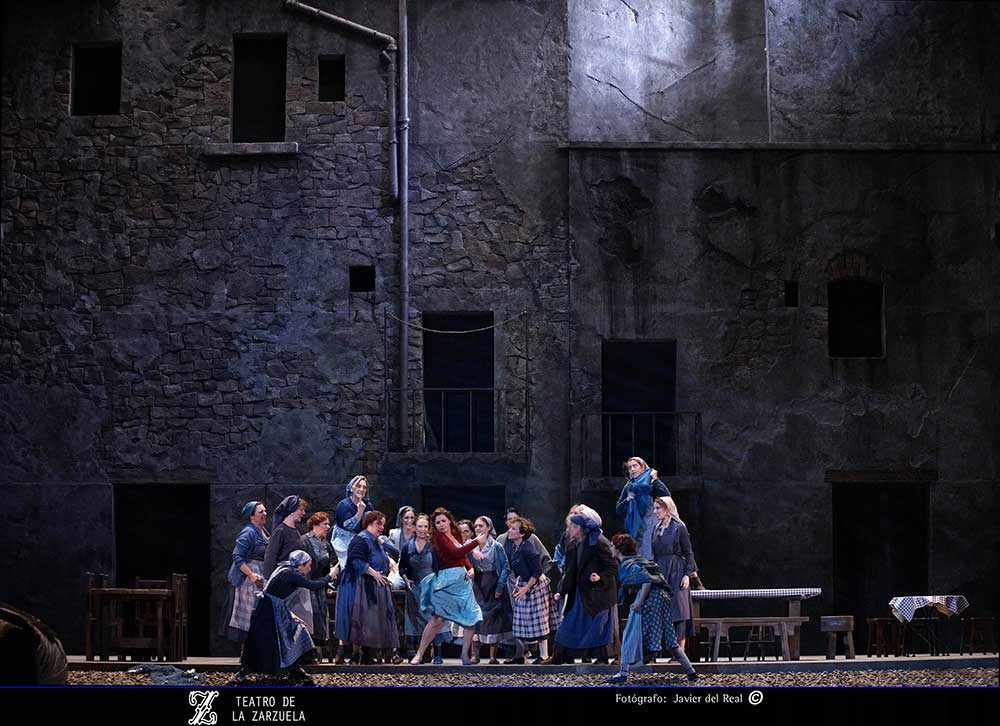 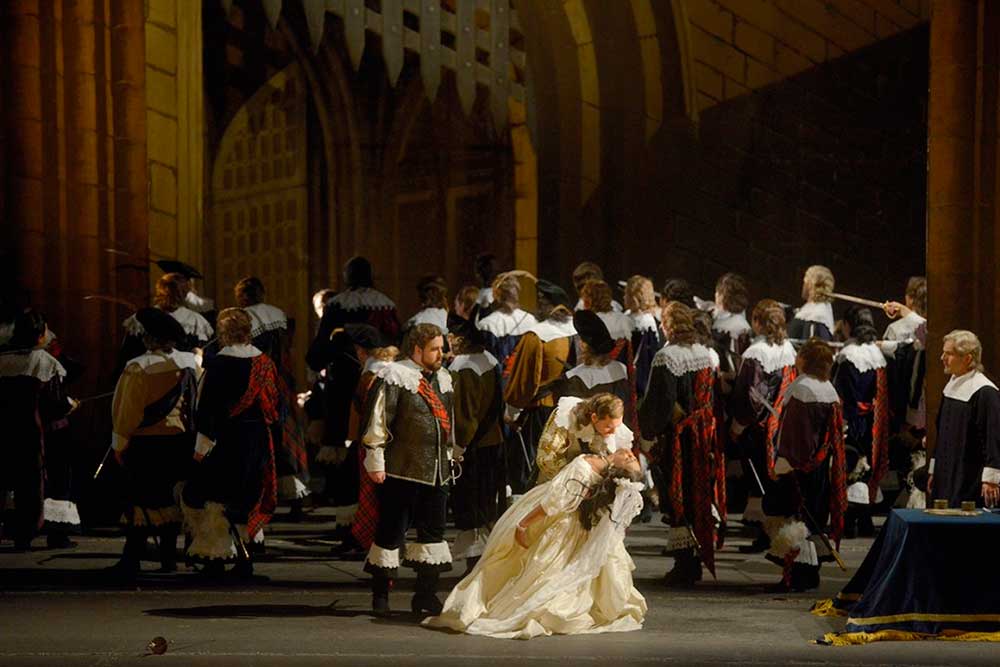 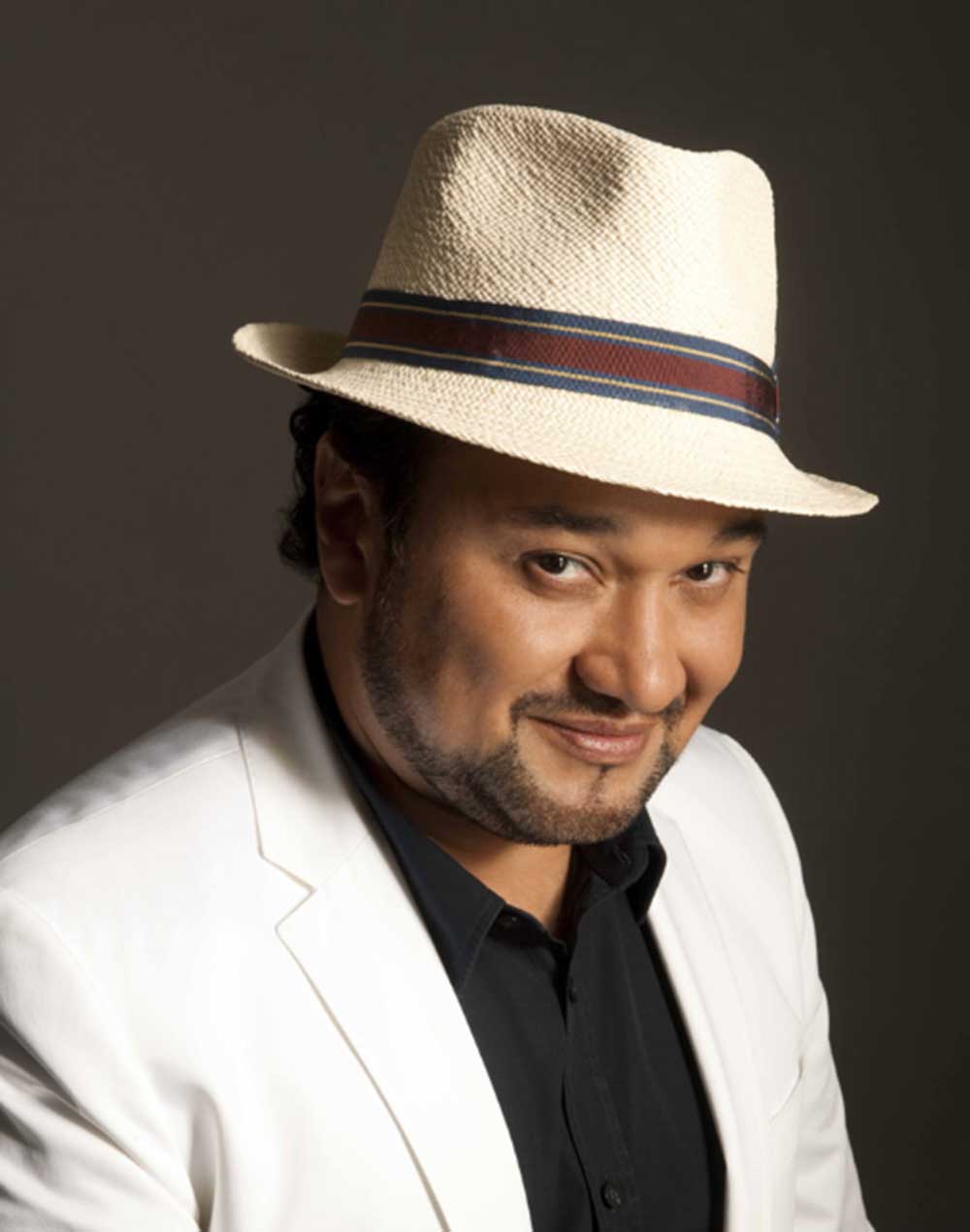